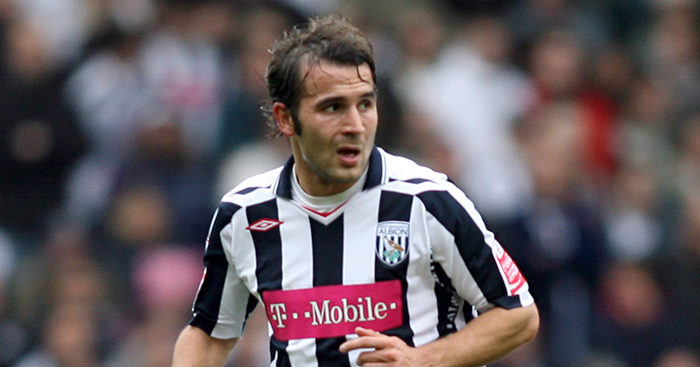 On July 17, 2007, Filipe Teixeira signed for West Brom. He’d played across Europe and even alongside Ronaldinho, but he doesn’t hesitate to describe his three years at The Hawthorns as the happiest spell of his career.

Signed by Tony Mowbray from Portuguese side Academica in 2007, Teixeira experienced promotion, relegation and serious injury in those three years, but despite the ups and downs it’s a period he looks back on extremely fondly.

“It was not easy at the beginning because I came from Portugal,” he says. “The football is totally different, but I think it was great, and all my colleagues helped me to feel good which for me was important.

“I had an amazing time there, so if I choose one club (as my favourite) it will be West Bromwich Albion.”

It was a rollercoaster ride from the start, however, with Albion winning promotion in Teixeira’s first season but the midfielder suffering a cruciate ligament injury in March, meaning he missed the end of the campaign when the Baggies won the Championship.

“It was a great achievement, but unfortunately when we won the league I was in Portugal because I was recovering,” he says.

“I was not able to be at the party when we were champions, but it was an amazing time with my colleagues as they supported me when I had the injury, so I have only good things to say about my time there.” 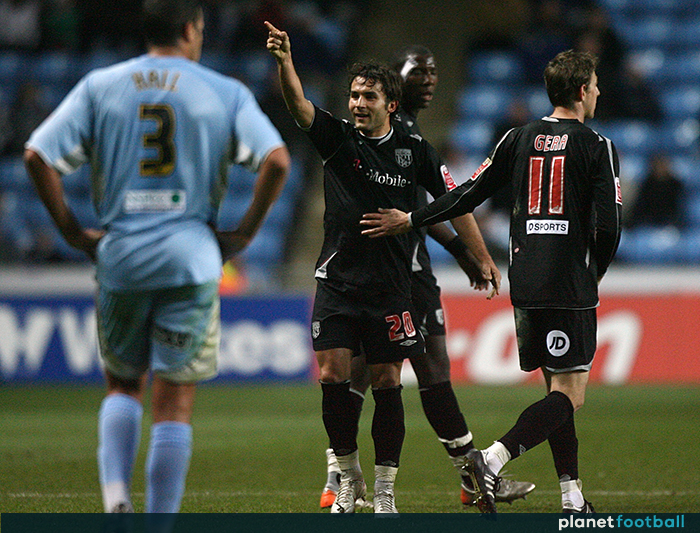 The former Portugal Under-21 international then came back determined to show what he could do in the Premier League the following season, as he fulfilled one of his dreams to play in England’s top flight.

“When I arrived at West Brom it was one of the targets to get into the Premier League and we did it, but due to the injury I did not play my first game until November,” he says.

“It was a bit more difficult for me to come back and start to play at a good level. But it’s one of the best leagues in the world, amazing atmospheres, amazing football and of course it was a pleasure to play such a league and in an atmosphere where people love football.”

Though Teixeira rates his West Brom spell as the happiest of his career, none of his team-mates at The Hawthorns were ever likely to come close to a man he’d played alongside at Paris Saint-Germain: Ronaldinho.

“It was amazing, he is a player that needs no introduction,” Teixeira says. “He’s the best player I’ve ever played with. He was a special player, he was something different.

“When you see how he controlled the ball, it was unbelievable. It was just amazing to see someone like him play. At the time it was not the Paris Saint-Germain that it is today, but it was still a big club and I had a great time there with such good players, not only Ronaldinho.

“Apart from playing in England, it was the best time (of my career): the atmosphere around the football, it was an amazing time.”

Teixeira joined Barnsley on loan from West Brom in 2010 at a time when he was struggling to get in the team under Roberto Di Matteo, and at the end of that season he left permanently to join Metalurh Donetsk in Ukraine.

However, despite signing a two-year deal, he left eight months to join Romanian side Brasov on loan. But what may have looked like a downwards step on paper worked out rather well: he was part of the Astra side which won the title in Romania in 2016 and twice beat West Ham in the Europa League.

“I moved to Ukraine after England and maybe it was a mistake to move there,” Teixeira says. “I didn’t like Ukraine, things were not working well for me.

“I came to Romania due to a Portuguese coach who was there at the time. I enjoy the country and the league and I think the most important thing is to enjoy the football.”

But he never enjoyed it quite as much as at West Brom.