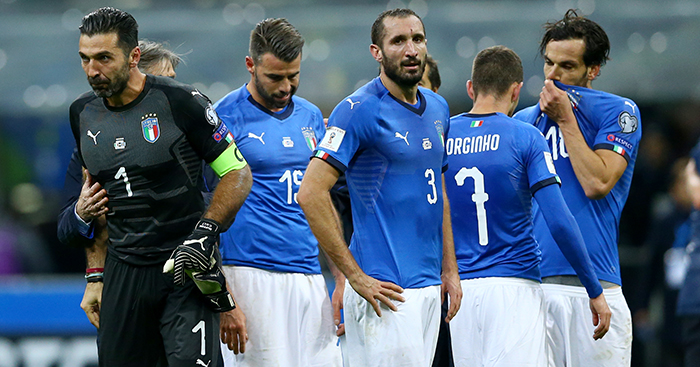 Italy have failed to qualify for a World Cup for the first time in 60 years. We spoke to their former striker and Under-21 coach Pierluigi Casiraghi to find out what’s gone wrong.

Casiraghi won 44 caps across seven years for Italy. He played three times in the USA on their way to the World Cup final in 1994, scored twice at Euro 96 two years later, and was the match-winner in a play-off against Russia to get the Azzurri to the World Cup in France in 1998.

He won major trophies with both Juventus and Lazio domestically, and after hanging up his boots he went on to coach Italy’s Under-21 side for four years between 2006 and 2010, leading them to third place at the European U21 Championship in 2009.

In short, he is the perfect man to talk about the latest Italian football crisis, which has seen the national team fail to qualify for a World Cup for the first time since 1958.

If finishing second behind Spain in their qualifying group was forgivable, failing to score in 180 minutes against Sweden on their way to a 1-0 play-off defeat was not. Gian Piero Ventura was sacked two days later. 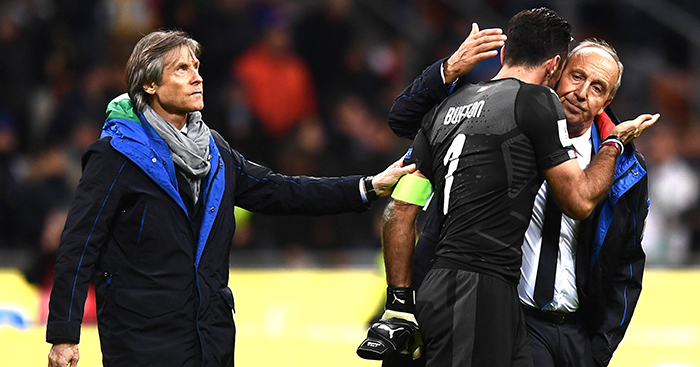 So what went wrong?

“I don’t think it was just a matter of the two matches against Sweden,” Casiraghi says. “I think that after we lost in Spain something happened.

“It was clear that something wasn’t working against Macedonia and Albania, the team was worried and nobody was playing to their potential.

“We would need hours to talk about [why that is]. But I can only say that it’s not true we don’t have enough talent.

U21 to senior path

“Our young players are good otherwise the Under-21s wouldn’t have had the results they have had (reaching the semi-finals of the European U21 Championship earlier this year), but it’s clear something happens after.

“I mean, in my Under-21 team I had players like Giuseppe Rossi, Mario Balotelli and Sebastian Giovinco, who for one reason or another were not able to become pillars of the national team.

“Giovinco is the perfect example of what I am talking about: he needed to go to Canada and only now do we understand what kind of player he is. Everybody loves him there.

“Yes, MLS is not at the same level of the best European championships, but Seba is the kind of player I always like to have in my team. And maybe in the national team as well.

“The problem is that we do not trust our young players enough and we do not let them play. They need to prove themselves at the highest level, but we send them to the lower championships instead of challenging them in Serie A.”

Casiraghi’s criticisms of Italian football are similar to many of those aimed at the English game, and his words should resonate at the end of a year in which the Three Lions have enjoyed unprecedented success at youth level.

There is, however, a team at club level in England that Casiraghi believes any national team would do well to follow.

“We have to change our mentality, especially at youth team level,” he says. “We have to focus on technical skills rather than tactical, and we need to transmit to young people the happiness to play and play well, not just win.

“We have to accept losing sometime even if we deserved more. Look at Pep Guardiola’s teams: he plays with so many attacking players and he doesn’t care, he has his philosophy and he follows it. And what a team City are. Wonderful! I love to watch them play.”

Although Casiraghi believes Italy’s problems are deep-rooted, the 48-year-old is among those that say Ventura made a mistake in leaving Lorenzo Insigne on the bench for the second leg of the play-off against Sweden. 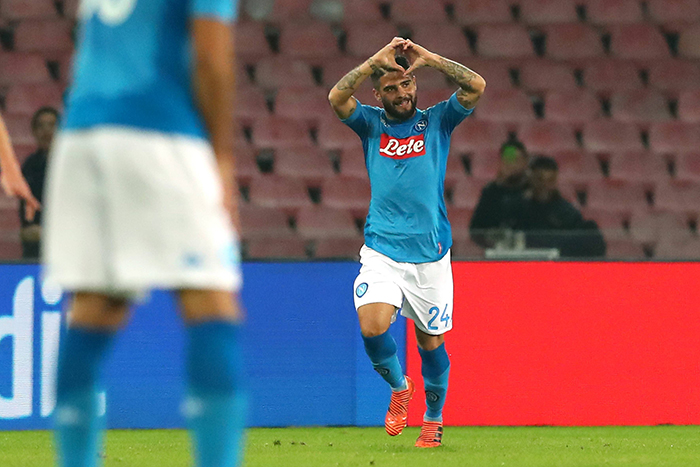 “It was a risky decision and it didn’t pay off, but we can not say what would have happened if Insigne played. Football is like that.

“But personally I think he should have played, because he’s an exceptional player, probably the only one able to make the difference.

“He’s the only one who remind me the great Italian No.10s of the past, like Baggio, Zola, Mancini and so on.

“But ultimately Italy lost in Sweden because we showed too much fear against an opponent who was strong but surely not stronger than us”.