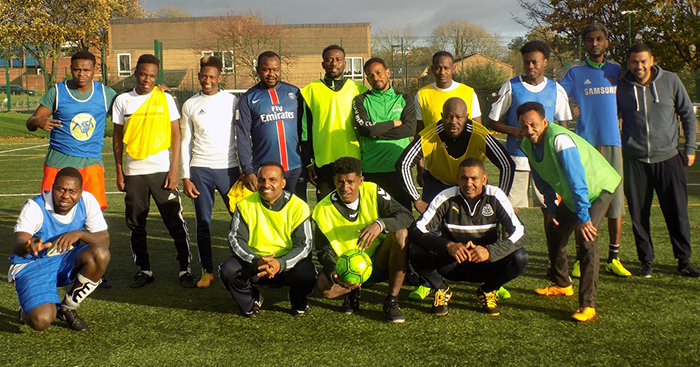 As talks progress over the prospective £300million sale of Newcastle United, a group of Sudanese refugees meet for a game of football a few miles from St James’ Park to help raise money for an orphanage back home.

The contrasts hardly need explaining. While Newcastle compete in the richest league in the world and pay their players tens of thousands a pounds of week, a dozen or so refugees pay £5 for a kickabout in the Elswick area of the city every Sunday afternoon.

Having watched the proceedings at an enclosed 3G pitch adjoining St John’s Primary School, it would fair to describe the skill and fitness levels of the players as ‘mixed’, but there is much to admire about their endeavours.

For starters, if more than 14 turn up for the seven-a-side games, new teams are picked every 10 minutes to allow everyone a game. It has even been known for one or two Geordies to join the sessions.

The games start with the referee standing at the side of the pitch on the centre line with his back to the action. He then throws the ball with both hands and over his head.

There was no explanation as to why this is preferred to the standard kick-off, but it’s not the only difference to the small-sided games most are familiar with; many of the players not participating would stretch and do press-ups on the sidelines.

The best thing about these games, though, is that as well as bringing people together in Newcastle, they are having an impact back home in Sudan.

One of the group organisers, Hassan, said: “We pay £5 a week each into a pot which should cover the £50 pitch fees for the two-hour session, and any surplus over time is sent to an orphanage back in Sudan.

“The sessions have been taking place for many years with newcomers regularly arriving.” 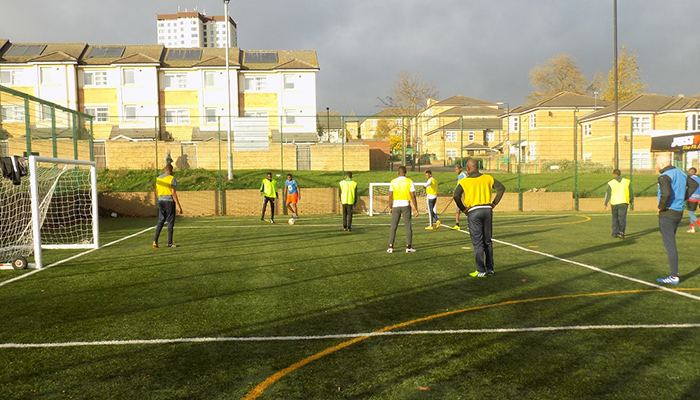 The orphanage in question is based in Khartoum and is named the Orphans of Mygoma. Thirty babies arrive each month as they are abandoned when born out of wedlock, but due to a lack of funding they must leave once they reach five years old and seek any other willing institution for board and lodgings.

When arriving at Hassan’s rented house with three other players after a session, more was revealed about their backgrounds.

As they watched the later stages of the late Premier League game on the day, Maged said: “I arrived in England in July 2015 just to escape the fighting in the country.

“I played for a decent team called Hellan and I am a versatile midfield player, but now I work part-time for Dixie Chicken in the town and play on Sunday evenings.”

Izzaeddine also played for Hellan but is now studying English at Newcastle College. The third player, Hamed, said: “I played for Al Hilal in the Sudanese Premier League but now work as a cook in a Newcastle restaurant.”

When Hassan was asked about how he arrived in the country, he merely said “it is a long story” and did not linger on the subject.

When speaking with Dr Mohamed Nesreldin in his Newcastle city office, he said he did not ask too much about the refugee journeys from Sudan.

Dr Mohamed, Director of the North of England Refugee Service, said: “I do not pry too much, but I do know that some refugees cross the Sahara and head for Libya while those with slightly more money go via Egypt. Then both sets must pay the traffickers.”

He added: “There has been fighting in Sudan since the British left in 1955. There was fighting in the streets of Khartoum during 2015 when people were shot dead protesting about the poverty and lack of food.

“Serious hostilities have also occurred in the Western area of the country in the Darfur region where the government has been accused of genocide, but any excuse is generally used to start a conflict in Sudan which is now split into North and South. 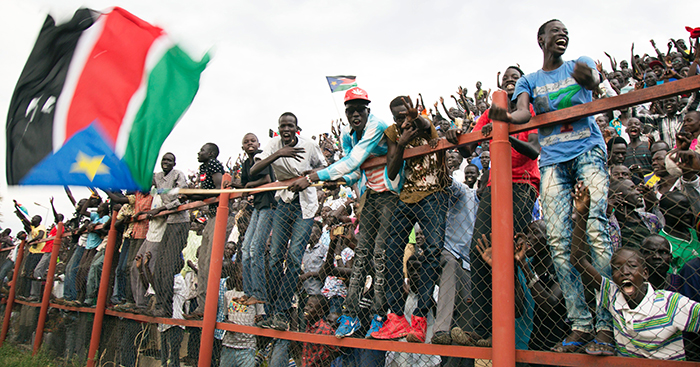 “Even so, whatever the level of violence, football continues in the country. This is the only way to distract the male population and give them something to vent their anger and frustration with the daily struggle to make ends meet.”

Dr Mohamed is trying to raise as much money as possible for the North-East refugees from all countries.

“I’m also trying to raise their profile,” he said. “The Sudanese may be the forgotten refugees due to more high-profile conflicts in the Middle East. I would hope that we can arrange for some of the footballers to train with one or two local non-league teams as a few players are quite skillful and fit. That would be a great boost for them.”

In the meantime the refugees will continue to play on a Sunday afternoon. There can be some rough and tumble from time to time, but probably not quite on the scale witnessed back in Sudan.