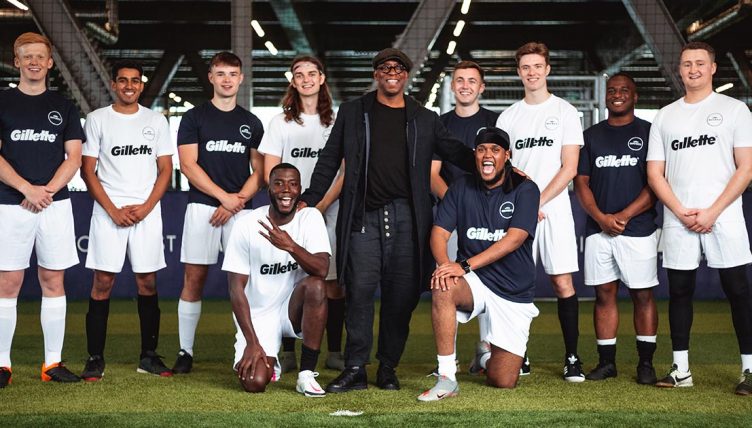 The University College London football club has done such an amazing job fundraising for Movember that this year they have received a helping hand from the one and only Ian Wright.

UCL have been fundraising for Movember for a number of years, but the cause has become more important to the club since one of its members, Louis Carr, tragically took his own life in 2018.

Movember is the leading charity changing the face of men’s health, focused on mental health and suicide prevention, prostate cancer and testicular cancer. And it is their work around mental health in particular that has made November an extremely meaningful month to UCL and its members.

“Ever since Louis passed away, the work that Movember do around mental health has been a really important factor as to why we commit so much time and dedication throughout the month to raise as much as we can,” club president Sonny Ashcroft told Planet Football.

“In my first year at the club, we raised around £8,000. Last year we raised around £12,500. We really do try our best to ensure Louis Carr’s memory lives on and to make sure men are having these conversations with each other.

“I didn’t know Louis, but by all accounts he was a really outgoing lad which was a real wake-up call on behalf of the football club to realise it’s not just the aloof people that are going through stuff. It can be very difficult to read people from behind the eyes.”

UCL have already raised around £8,000 this November and are expecting that to increase significantly in the final week of the month – especially after they were invited to take part in a video series with Arsenal legend Ian Wright and YouTube royalty Chunkz and Harry Pinero.

Dreamt up by Gillette to mark the 10th year of its partnership with Movember, the brand teamed up with YouTube channel UMM for three videos in #WrightysMoChallenge, the second of which sees Ian coach Chunkz and Harry in the art of goalscoring ahead of a five-a-side match involving the UCL team, with a £100 donation for every goal one of them scores.

Sonny said: “We’re very flattered to have been asked to take part. We’re just one club, but there are many other clubs and individuals that do an extraordinary amount of work. We got to play a five-a-side game, but I know people who do almost half marathons every four days for Movember – there are heroes out there all across the country – so we’re very grateful we got the opportunity.

“When Gillette and Movember got in touch to inform us they were doing this filming with Ian Wright, Chunkz and Harry Pinero, and asked if we wanted to get involved, it was the easiest decision we’ve ever made. Yes please!

“It was weird walking around the football club knowing what we’d done, having to keep it a secret. But since it came out the response has been brilliant, there’s been a real buzz.

“But what’s been good is that the main message behind it all is we’re trying to do it for Movember so getting those people involved in those conversations has been really engaging for our Movember cause.”

As for the big question of who’s the better player, Chunkz or Harry, Sonny, who was on HP’s team, sat on the fence: “It really was a tale of two halves!

“Chunkz challenged his inner Zlatan in that first half, every touch near the box was just perfect and he was drilling them into the bottom corner every single time. But then Harry Pinero found his mojo in the second half.

“But I’ve got to say on the penalty front, Chunkz really needs to practice. He skied one at Wembley too! But when he went for a chip down the middle in a five-a-side goal, I give him credit for that because that takes some balls!” 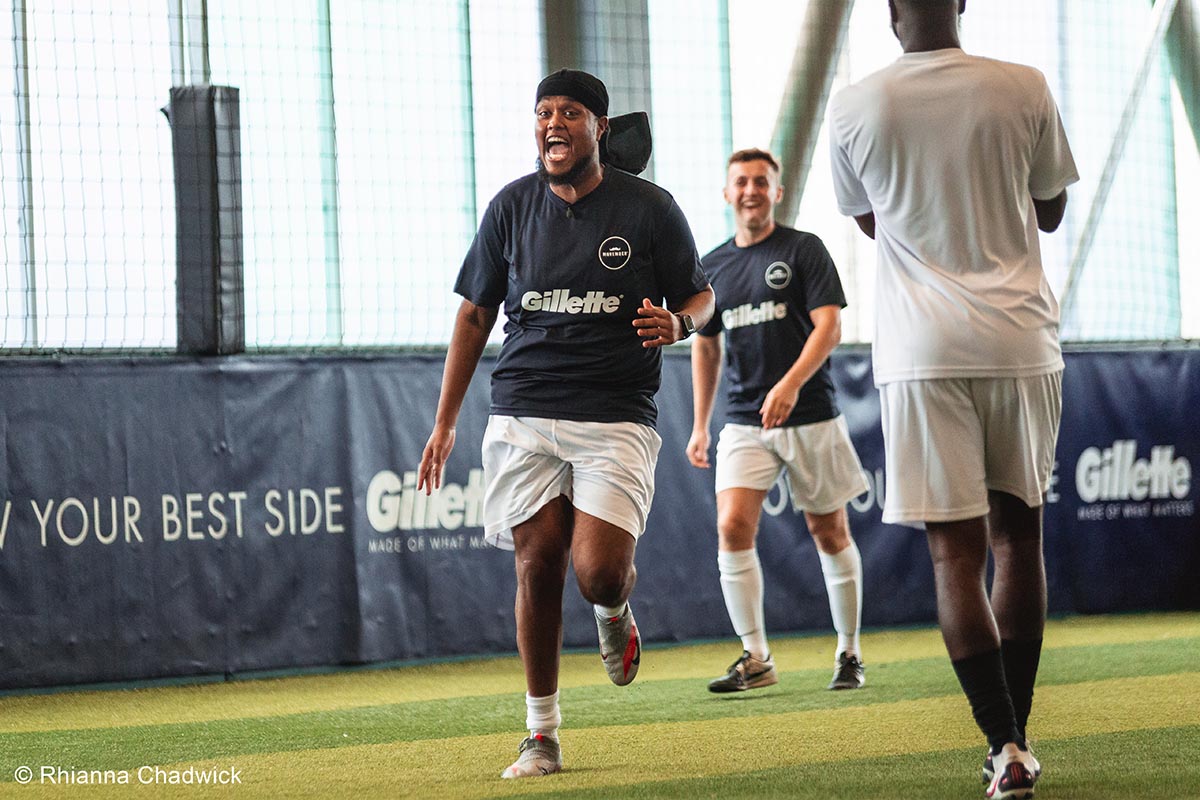 As for Sonny, he will continue to grow his facial hair for the rest of the month, describing himself as “quite pleased by my extremely low standards”, but it’s UCL’s work in creating a welcoming, inclusive football club that he is most proud of and that he will strive to continue fostering as president.

“I was quite a shy person coming into university and the football club. Now I’m president, which I find weird looking back at what I was like four years ago. A massive part of that is down to the football club and how they welcome people with open arms.

“We’ve got nine teams now, and all through those teams there’ll be an incredible mix of people from different backgrounds, cultures, different walks of life, and the senior members of the club really do pride themselves on making sure the younger members embrace the culture of the club and get involved.

“It’s a brilliant atmosphere and that’s why I’ve ended up in the position I am because of the love the club has shown me.”

Ian Wright, Gillette Ambassador, said: “It’s a privilege to be part of this milestone campaign with Gillette and Movember. I had a brilliant time passing on some football tips to Chunkz and Harry – not that they needed it!

“Hopefully the viewers will have some fun laughing along with us and that we can encourage more guys to grow their Mo’s across the month and donate to this important cause.”

Look out for the third episode of #WrightysMoChallenge video series on UMM’s YouTube channel on Monday, and follow Chunkz’s and Harry’s Mo progress over on their Instagram pages.

You can also donate to the fund at www.movember.com/WrightysMoChallenge, while every purchase of a Gillette refillable razor will see a donation made to the men’s health charity.