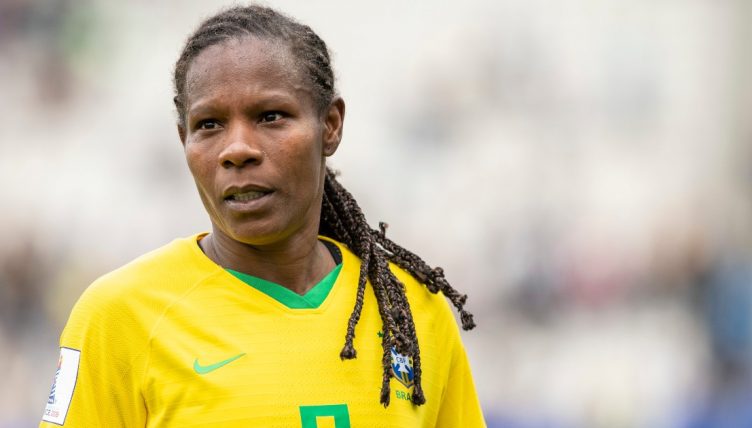 July 21, 2021. Brazil had just beaten China 5-0 with an authoritative performance in their opening game at the Olympic football tournament in the Miyagi Stadium in Rifu. Their six-time Ballon D’Or winner Marta had scored twice, three other attacking players had got off the mark and star turn Debinha had played like the slippery little genius she is.

There was, in short, plenty to get excited about.

But Formiga, who had pulled the strings from central midfield throughout the game, did not go over the top in her celebrations for any of the goals. “We’ve taken only the first step,” she said after the match, “climbed only one rung. We still have a lot of tricky tasks ahead.”

She knew. She’s been here before, and not just once or twice. This was the sixth time Formiga had been on the winning side in the opening game of an Olympic football tournament, the sixth in seven attempts. Seven. Seven Olympic games. Every one since 1996. Ever since women’s football was added to the Olympic programme. The only athlete ever to compete in seven games in a team sport.

When Formiga made her Olympic debut in Washington, D.C. on July 21, 1996, Bill Clinton was down the road in the White House, Diego Maradona was still a professional footballer and Forever Love by Gary Barlow was No.1 on the UK singles chart. One of Formiga’s team-mates that day, the goalkeeper Meg, has been able to draw a state pension for three years now.

All of that, of course, is a roundabout way of saying it’s a bloody long time ago. But it’s a point worth emphasising. If a week is an age in football, 25 years is equivalent to several millennia.

Since that first appearance, Formiga has racked up over 200 caps, 32 of which have come at the Olympics – that total including the 3-3 draw with the Netherlands and 1-0 win over Zambia that saw the Selecao through to the quarter-finals.

It is an incredible record and it has furnished Formiga with the wisdom to understand. Brazil, after that 5-0, opening-day victory, were not even close to their goal – her goal – to the thing they desperately want: gold. For all Formiga’s longevity, it is the thing that has evaded her – and that is the reason, one imagines, that she refused to get ahead of herself after that destruction of China.

In those seven Olympics, there have been one quarter-final exit, three semi-final defeats – each of which has been followed by losing the bronze-medal match – and, most painfully, two final defeats, in 2004 and 2008, both to the USA. In that time, Formiga and her various team-mates have also suffered a semi and a final defeat at the World Cup.

She has won South American championships and Pan-American Games. But at 43, this is Formiga’s last chance for that elusive triumph on the world stage.

“I want to take the gold medal to Brazil,” she told the CBF before the tournament. “At this moment, I see myself more mature, a bit more patient in some situations to help the group take the correct decisions on the pitch. Because it’s my last [Olympics], and I have been at so many, I think I can help the team in this way so we can get through the rounds.”

Despite Formiga’s focus in that response on what she brings in terms of experience, that is far from all that she contributes. Formiga is not in Japan in 2021 as some sort of auxiliary coach or good luck charm; Brazil manager Pia Sundhage would not go for that.

She is there because she merits it, because there really is nobody better for Brazil in her role and hasn’t been, ever – so much so that former coach Vadao essentially begged her to come out of international retirement in 2018 to help Brazil qualify for the last World Cup.

Formiga is a nickname – it means ‘Ant’ – and it was bestowed on her as a compliment, even though she wasn’t fond of it at first. Watch Formiga cover the ground, watch her run for team-mates half her age, watch her selflessly fill space and plug holes as the more attacking talents, including long-time colleague Marta, burst forwards to latch onto her searching passes. Formiga still has it, and has it in bundles.

So, can she finally get that gold? It will, as she alluded to, be tough. So far she has been good to her word, starting all three games and helping Brazil through the group stage. But a good Canada side awaits in the quarter-finals and, if Brazil get through that, they will face the free-scoring Dutch or the Americans, with whom they share so much history.

They will not be favourites. Still, though Brazil’s team this time is perhaps not as strong as it was in 2004 or 2008, when Marta, Formiga and all-time Olympic top-scorer Cristiane were at their peak, they do have some new things going for them this time, namely Sundhage, a genuinely world-class coach who led the US and Sweden to medals at Brazil’s expense in 2008, 2012 and 2016.

That experience in beating Brazil has informed the veteran Swede’s management of Brazil and she has got the team more organised defensively, fitter and has worked on their mental strength in the face of adversity, all weaknesses she previously exploited. Formiga and her quiet resolve, steely grit and vast experience are central to that.

“I’m 43, already at my seventh Olympics, at the level I am,” Formiga said pre-tournament. “Perhaps people think it’s abnormal, having the capacity to reach this level at my age in such a high-level competition.” It is abnormal, in the most impressive possible way. And it would be spectacular if she could top it off with a first-ever gold.

Whatever happens though, whether Brazil return home with gold, silver, bronze or no precious metal at all, Formiga’s longevity and her achievements are unparalleled and will remain so, probably forever.

She was born at a time when women’s football was not just frowned upon in Brazil but illegal. She was physically beaten by her own brothers for wanting to play with a ball rather than dolls. She has leapt over every hurdle and bounced back from every defeat. And there she still is, eating up the miles in the Japanese summer heat.

Before the games, Formiga told Vogue: “I feel proud of having resisted so many things, of having overcome barriers and persisted in my objective.” The ultimate one is three games away.