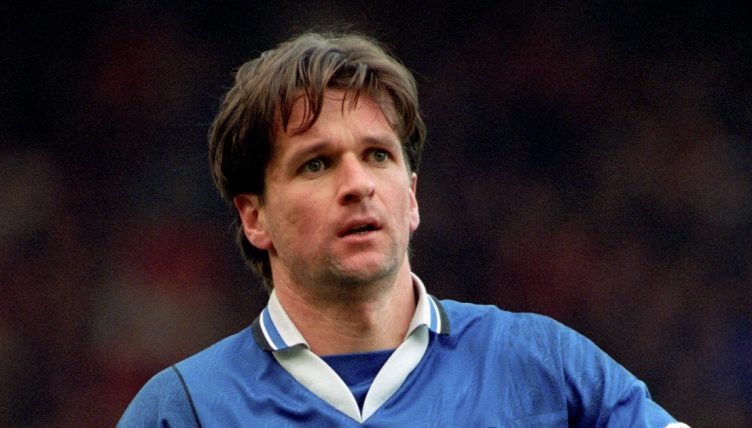 Professional footballers are proud people. To make a living from the game, let alone at the very top level, is the epitome of succeeding against the odds.

By that stage, millions of hopefuls have fallen by the wayside, leaving only the best players and fiercest competitors. So, what happens when they’re forced to endure a humiliating defeat against their peers?

As Southampton discovered twice in little over a year, games can very easily get away from you. Once things start spiralling out of control against a team who smell blood, all you can do is keep working hard and hope for the best.

There was no shortage of effort or desire as Ralph Hasenhuttl’s side conceded nine goals without reply to Leicester City in October 2019 and then to Manchester United in February 2021. But they simply could not stem the tide.

The more recent of those two thrashings brought back a lot of painful memories for some former Ipswich Town players.

In March 1995, they suffered their own infamous 9-0 defeat at Old Trafford. It remains a Premier League record, twice equalled by the Saints, but never beaten.

Ipswich travelled up to face the reigning champions in hope, rather than expectation. “If you look at their line-up that day, it was outstanding. A really, really good team,” says defender Frank Yallop, who was in his 12th year at the club.

“When you went to Man United, especially back then, it was a tall order to win the game. [But] you always go into every game hoping that you can get a result. We didn’t go there just to hold it to a low score.”

Since achieving promotion in 1992, Ipswich had narrowly avoided relegation over the next two seasons, but they could now see the trapdoor opening up beneath them. John Lyall resigned at the start of December, with the Tractor Boys languishing at the bottom of the table.

George Burley replaced Lyall shortly after Christmas. Ipswich picked up some valuable wins but were still a long way from safety. After a uniquely chastening 90 minutes against United, the situation seemed hopeless.

The players were drained of confidence by such a heavy defeat, and they picked up just four points from their remaining 11 games to finish in last place. Rather surprisingly, Ipswich had won the reverse fixture in September.

“The funny thing was we’d beaten them 3-2 at home that same season. I actually set up the winner for Steve Sedgley with a cross, so it wasn’t all doom and gloom,” laughs Yallop. “We got relegated, which was tough, but reality kicked in with our budget and lack of good results.”

Yes you youngsters, #itfc used to regularly play Man United, and sometimes beat them too! Rewind to this day in 1993, Town defeated the Reds in the Premier League, with goals from Kiwomya and Yallop. #itfcgoalmachine pic.twitter.com/PRFnR1kfeB

United had been uncharacteristically lax at Portman Road but were nowhere near as obliging in front of an expectant home crowd. They tore Ipswich to shreds with ruthless efficiency. Andy Cole ended the afternoon with five goals, while his strike partner Mark Hughes settled for a brace.

The onslaught started after 15 minutes, Roy Keane firing in off the post. Yallop still holds himself responsible for the second goal, having lost possession to Ryan Giggs, who charged away down the left, crossing for Cole to finish. An effervescent Giggs simply couldn’t be contained.

“He was probably the best dribbler from my era. I made my home debut against John Barnes when he was playing for Watford, and they were both very similar players. Really good dribblers, who could chop the ball back and forth and go at you with real pace. The quality after beating you was unbelievable. The final pass was always really good,” recalls Yallop.

“He was really difficult to defend against, especially one v one. He’d run straight at you rather than going down the wing, and it got you on your heels. A very, very difficult player. To play almost 1000 games for Man United says it all.”

Ipswich went in 3-0 down at half time as Hughes’ spectacular overhead kick bounced back off the crossbar and Cole was quickest to respond. Realistically, the match was already over. After the interval, United simply heaped more misery on their visitors.

“They played with no fear because we probably weren’t going to get back to 3-3 or 4-3. They knew that. We didn’t score that many goals that season anyway. Man United were formidable at Old Trafford at that point in Alex Ferguson’s reign. It was a tough day.”

Cole claimed his hat-trick from Denis Irwin’s cross. Hughes got on the scoresheet after another long, jinking run by Giggs, and then made it 6-0 with a simple header. Those three goals came in a devasting six-minute salvo.

“When it gets to five and six, you’re thinking, ‘Please don’t score anymore.’ Just because it’s embarrassing. It’s a complete and utter annihilation,” says Yallop, a former Canadian international.

“I’m not sure we could have done much about it, with the form they were in and how they played. We didn’t have a good day at all, and that’s an understatement, but Man United were on fire.

“We tried our best. I don’t think any Ipswich players quit. We just got completely overrun by a great team. It always seemed like they had an extra player, and the pitch felt like it was massive. It felt like there was so much space for them.”

Confidence was coursing through the United team. Goalkeeper Craig Forrest was Ipswich’s best player and made several good saves, underlining the home side’s utter dominance. Yet even when he denied Hughes, Cole thumped in the follow-up.

The eighth goal was a source of contention. Forrest was judged to have handled outside his box and he was busy disputing the referee’s decision when Hughes took the free-kick quickly, tapping the ball to Paul Ince, who clipped it into an unguarded net.

United supporters were chanting for ten after Cole held off Yallop to smash in his fifth from a corner, but, mercifully, they fell short of double figures. After the game, Alex Ferguson admitted his sympathy for Burley and said he was relieved that his side didn’t inflict any further damage.

The pain of such a heavy defeat was shared by everyone. “We were just distraught and couldn’t wait to get off the field and get home. You just don’t know what to say. I can imagine that the dressing room and the bus trip back was silent. I felt sorry for the manager,” says Yallop.

“Going in to get the papers on Sunday morning, the guy at the shop had a go at me. Other than training, I didn’t really go out of the house for the next couple of days. We just needed to get that result out of our system.

“The fans always stick with you, but it was a tough time for them too. George and the coaches would have tried to lift our spirits and get us out of that horrible place.” 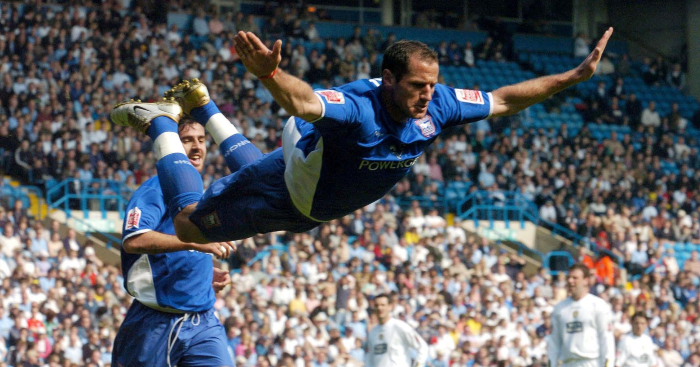 READ: Shefki Kuqi: I turned down Norwich two or three times as I love Ipswich

Although Ipswich were keen to make amends, the psychological blow of losing 9-0 was devastating. They lost their next six games, five of them without scoring a single goal, to drop back to the foot of the table. Relegation was finally confirmed by results elsewhere.

For United, that win did little other than boost their goal difference. Failure to beat West Ham United on the final day enabled Blackburn Rovers to claim the title at Anfield as Ferguson was left to rue Eric Cantona’s nine-month ban for his infamous kung-fu kick.

Three years before, Ipswich had won the Second Division, with Rovers settling for promotion through the play-offs, but Jack Walker’s investment had created a huge gulf between the two teams once they reached the Premier League.

The contrast was brutal. One celebrated historic success while the other reflected on a season featuring more defeats than points gained.

Although the 9-0 hammering was a landmark moment, and a record that still endures 26 years later, Yallop is keen that it shouldn’t define a long and largely successful Ipswich career. Unfortunately, for casual observers in America, where he’s spent most of his time since retiring, it sometimes does.

READ: The 10 Premier League games so iconic they’ve got their own Wikipedia page

“All they remember is that game. They showed it a couple of times on Fox over here. I’m like, ‘Oh, jeez, can you pick another game I played in?’,” says the 57-year-old, who subsequently moved into management.

“I remember once, we were just about to go off and train with the LA Galaxy. As we were going through the lounge, the game comes on. All the lads were stood there watching it, including David Beckham, which wasn’t nice with him being a Manchester United legend.”

Yallop made 389 appearances in all competitions during his 13 years in Suffolk, becoming a firm favourite with the supporters. It wasn’t his finest performance by a long shot, but Southampton’s losses have served as a useful reminder of just how unforgiving elite football can be.

“Thanks goodness the record’s equalled. It’s not just us! Let’s be honest, Southampton are a good side. Sometimes it just gets away from you. A team’s in form, you’re losing confidence and it seems like every time they attack, they’re going to score,” he says.

“It’s in the history books, but I don’t pay much attention to it. It wasn’t the only game I ever played. You try to block it out of your memory, but it comes up. I usually mention that I scored a goal against Man United at home, and it was the winner, but no one seems to care about that one.”