‘What’d you do boss? I’d f*ck off’: Roy Hodgson is nothing like you think 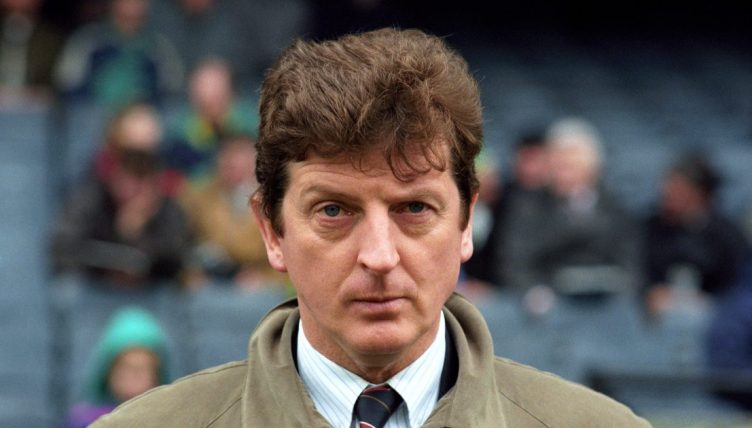 Roy Hodgson is often regarded as a bit boring, but according to one of his former players he’s cocky, with a “great sense of humour” and a real brutal side.

In the summer of 2010, Hodgson had a fantastic reputation. He had coached in eight different counties, managed three separate national teams, enjoyed success almost everywhere he had been, and had just been voted the LMA Manager of the Year having guided Fulham to the UEFA Cup final.

Then he joined Liverpool. Suddenly, everything changed.

Not only were fans unhappy with the team’s performances, but Hodgson was also accused of being deluded in his interviews, while Daniel Agger said his training sessions were so boring that he “completely lost desire to go to work”.

Hodgson rebuilt his reputation somewhat during a 15-month spell in charge of West Brom, but then he was appointed England manager. If he thought criticism of his demeanour while at Anfield was unfair, it was nothing compared to what would follow.

After four years and 56 games in charge of the Three Lions, Hodgson left his post regarded as not only an unmitigated failure but also as pretty much the antithesis of what the English public want from the man in the top job: quiet, disarming, lacking passion.

It’s a perception he’s unlikely to shake now, but according to Hannes Sigurdsson, who spent a year playing under Hodgson at Viking in Norway, his public and private personas could not be more different. 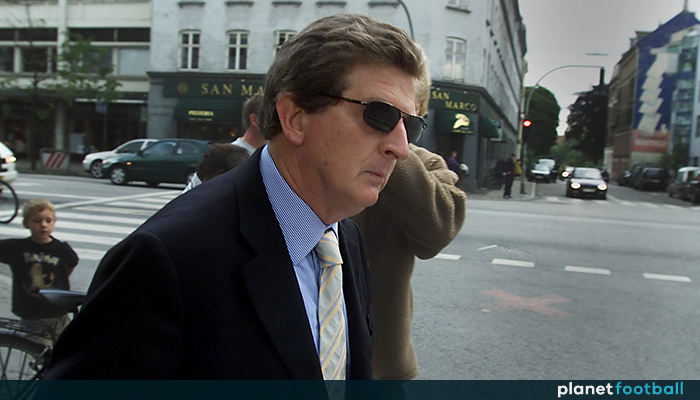 Sigurdsson had been at Viking for two years when, in July 2004, Hodgson took over after a two-year spell with the United Arab Emirates national team.

One year later Sigurdsson left for Stoke City, but even now, all these years on, the former Iceland international laughs his way through several anecdotes about the Englishman.

“I had other coaches in Norway, but obviously getting Roy was huge both for our team and the league”, he says of Hodgson the manager. “He’s an amazing guy and phenomenal coach.

“We could be drilling in a certain formation or a system for 45 minutes a day for a few months until he was happy with it. And in the end, it paid off.

“A lot of players probably understood the game better after they had worked with him, so I feel very fortunate to have had him as a coach. It did change the way I looked at the game.”

Hodgson comes across as the type of manager who would rarely fly off the handle, shout at his players or get nasty in the dressing room, but was that the case at Viking?

“Roy can be a proper English gentlemen, yeah,” Sigurdsson says. “If he met your family, he would absolutely melt [their hearts]. He was quite charming when he wanted to be.

“But he also had this kind of brutal side which was sometimes pretty funny to witness. He has a great sense of humour, in a cocky way. You didn’t want to cross him on anything. He’s a character, I’d tell you that.

“Once, he was not too happy with us, so he was tearing us apart in the locker room the day after a game. Then one of the board members came in. ‘Oh, I’m sorry for interrupting,’ he said, but Roy told him to join us: ‘You might want to hear this.’

“So, he keeps tearing us apart in front of the board member. And then he just goes, ‘I don’t know what I’m fucking doing here. I’m working my ass off trying to teach you guys football, for pocket money, when I should be in Monaco, smoking cigars.’

“Seeing the face of the board member, who had probably squeezed every pound to bring Roy to the club, was priceless. I mean, honest to God, I think he was the highest-paid coach in Norway at that time!

“But with his resume, I guess it did seem like pocket money to him compared to what he had had in other places.”

Sigurdsson, who describes himself as a man who doesn’t shy away from a good tackle, tells another great story about a time he got himself into a spot of bother for elbowing a defender he had been battling with the whole match.

Fans, as well as the opposition players, reacted to that rather badly, but Hodgson saw things slightly differently.

“Everyone went completely crazy”, Sigurdsson remembers. “Somehow I got away with a yellow card, but Roy took me off immediately.

“While everyone was going nuts, Roy just shook my hand and said, ‘Well done, son. He was all over you like a cheap suit.’ Those were the phrases he came out with every day.

“When I meet the other players from that era, we just sit and talk about it and share laughs. It was a fun period for all of us, getting to know Roy.

“One of the guys, Brede Hangeland, who would later play for Fulham and Crystal Palace, even collected all Roy’s quotes and stories. I mean, he actually wrote them down as it happened.”

By the time Hodgson stepped down from the job to continue his journey through Northern Europe and become Finland manager, Sigurdsson had already signed for Stoke City. 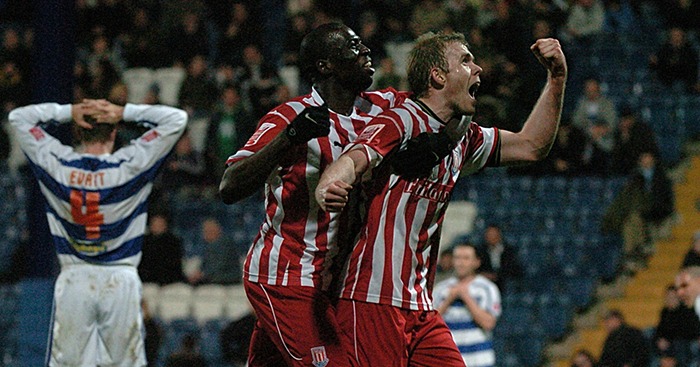 READ: Hannes Sigurdsson explains what it was like at Stoke during their crazy Icelandic era

Though Hodgson wanted him to stay at Viking, it was ultimately his words – words it’s almost impossible to imagine Hodgson uttering – which convinced Sigurdsson to make the move.

“I was about to leave Viking a year before”, he says. “I was more likely to join Feyenoord. But that didn’t happen because Roy persuaded me to stay.

“Then I had offers from Stoke and some other clubs from England and Germany. Roy came to me again to try to talk me out of this. ‘It would be good for you to stay here with us,’ he said. ‘I would love you to stay.’

“But I wanted to leave, so I just looked at him and asked, ‘Boss, what would you do if you were me?’

“‘I’d fuck off,’ he said and started laughing. So that was that. I went to England.”