Gael Bigirimana: I didn’t want to leave Coventry and didn’t learn a lot at NUFC 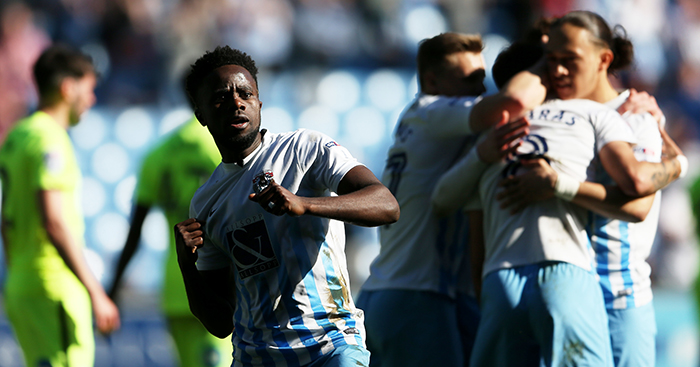 After an eight-year hiatus from the second tier of English football, Gael Bigirimana watched on with pride when his beloved Coventry City were promoted to the Championship

If it had been up to him, he would still be playing for the Sky Blues, the club which signed him as an 11-year-old when he walked into its academy and asked for a trial months after arriving in the UK from Uganda.

Bigirimana left Coventry, against his wishes, in 2012 when Newcastle United paid £1million to take the then-18-year-old midfielder to Tyneside. It didn’t work out.

“I never wanted to leave Coventry but, of course, hindsight is a wonderful thing,” Bigirimana says. “I was 18 and it was too young as a footballer to go to such a big club like Newcastle.

“If I had waited until I was, say, 21, I may have had 200 games under my belt and I would have gone to my next club as an established first-team player.

“The first year at Newcastle went well, but then the team started to struggle.

“So many people have opinions of what happened during my time there, but I am not going to point any fingers. Now that I am 26, I can look back and I think that I was naive.” 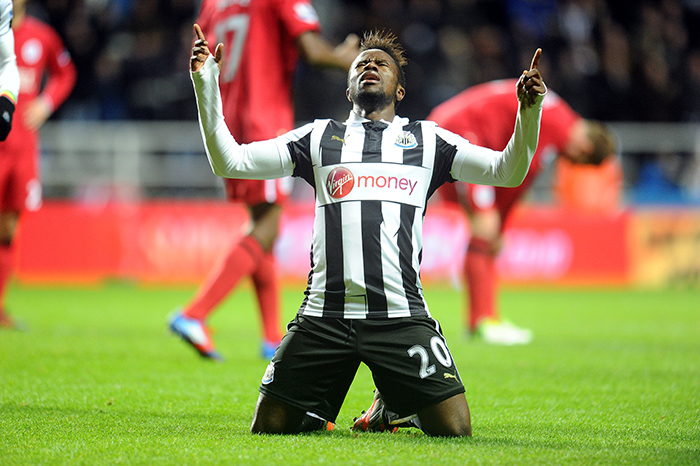 Having won the 2011-2012 Championship Apprentice Player of the Year Award at Coventry, Bigirimana was lauded as the next big thing and eyed by a number of clubs before Alan Pardew took him to Newcastle.

In his four years there, Bigirimana worked under three managers – Pardew, Steve McClaren and Rafa Benitez – but only made 26 appearances in all competitions.

When he arrived at Newcastle, the squad was well-stocked with African players, such as Cheick Tiote, Demba Ba and Papiss Cisse.

“They treated me like I was their little brother but, at the same time, there was a lot of competitiveness, as you would expect at a Premier League club,” Bigirimana says.

“I worked hard for Alan Pardew to create opportunities for myself.”

He made his debut in a Europa League play-off round game against Greek side Atromitos and scored his first goal for the club in a 3-0 win against Wigan Athletic.

But Bigirimana flitted in and out of Pardew’s side and was mostly used from the bench.

“A lot of young players have gone on to develop good careers after Pardew gave them an opportunity, but maybe it would have been better had I gone elsewhere,” he says. “I didn’t really learn a lot football-wise, but some of that was down to my immaturity.

“In life it is easier to focus on the negative things that happened, but nobody is perfect.”

A loan spell at Rangers, alongside four other Newcastle youngsters, did not work out either. He never played for the Scottish side due to a mystery illness.

“I still do not understand why I was not allowed to play,” Bigirimana says. “The hospital said I was fine to play, but then the club doctor said I couldn’t because of a medical condition.”

He returned to his beloved Coventry, initially on loan, in November 2015, a move which was made permanent ahead of the 2016-2017 season.

That campaign was a particularly memorable one as he scored in Coventry’s 2-1 win against Oxford United to win the EFL Trophy.

He enjoyed working under manager Mark Robins and thought his second spell with the Sky Blues would be the catalyst for something long-term.

However, the two parties were unable to reach an agreement so he was forced to depart again, this time to Motherwell.

Bigirimana enjoyed his 18 months there, contributing two assists in a memorable 3-3 draw against Rangers in August 2018, but a move to Hibernian in January 2019 brought only one appearance in the second half of that season before he was let go.

That was followed by a few months at National League side Solihull Moors, which meant he was closer to the Coventry home he shares with wife Natalia and their two children.

But he left Solihull in January and had been without a club until joining Glentoran in Northern Ireland ahead of the new season.

Glentoran Football Club are delighted to announce the signing of Burundi international @BigiGOfficial.

Gael joins Glentoran after playing for clubs such as @Coventry_City, @NUFC, @MotherwellFC and @HibernianFC! #COYG 💚🐓 pic.twitter.com/q8GcI2SWgV

He had been concentrating on his work with promising young footballers through his personal trainer, Max Gear, in the interim period, but he still feels he has a lot to offer and certainly never considered giving up.

“Working in the community and helping young players means I can put myself in their situation and offer them my advice based on my experiences,” he says.

“But my career is not over and I hope I can play until I’m near 40.

“It is a tough industry and it is so easy to fall through the cracks, but I am passionate about the game and there are as many positives as there are negatives in football.”

One bright positive during a difficult year was representing Burundi at the 2019 Africa Cup of Nations.

Held in Egypt, the landlocked East African state made its first appearance in the competition, losing all three of their group games by the tightest of margins.

“It was amazing to go back there and see my grandmothers and my cousins and friends I had grown up with,” he says.

“At the Cup of Nations, we presented our country in the best way we could. I am passionate about giving hope to Burundi, which so many people there really need.” 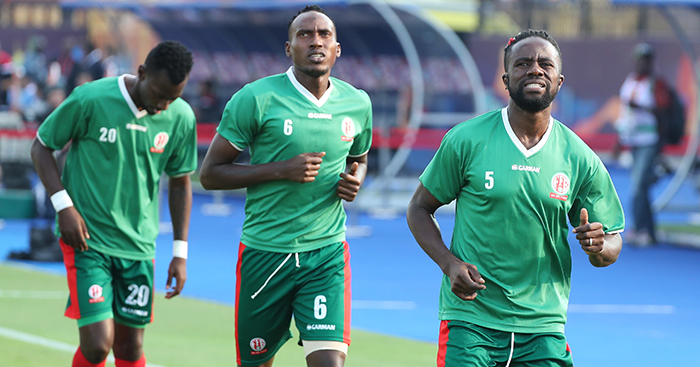 Bigirimana’s family left Burundi for Uganda due to the country’s 1993-2005 civil war, a result of the tensions between the Hutu and Tutsi ethnic groups and which claimed around 300,000 lives. Bigirimana’s uncle, a taxi driver, was shot dead in the conflict.

“When you are a kid you don’t realise that you are living in a war-torn country because you are a child and you don’t have any worries,” Bigirimana says.

“My family left because it was not safe for us in Burundi, but I am not the kind of person who wants people to feel sorry for me, and being a refugee is nothing to be ashamed of, either.”

His mother initially arrived in the UK on her own and was followed by her husband and children. It was in Coventry, not long after arriving in the city, that Bigirimana experienced anti-black prejudice for the first time. He endured racist abuse after trying to join in a game of football with children at a local park.

However, his faith has made it easier for him to deal with racism, a subject more pertinent than ever, both in English football and in society.

“The god that I serve and worship doesn’t rejoice in seeing people suffer,” Bigirimana says. “Every life matters and for me the issue of racism is a fruit of sin, the same as murder, lying and cheating.

“We live in a world where suffering is inevitable, so I know that my life is in his hands. Sometimes we see things that do not always make sense, but I remind myself that there is a purpose for us in this world.”

His Christianity is his guiding light, as it was for the former Coventry and England striker Cyrille Regis, who died in 2018.

Bigirimana describes Regis as his mentor: “Cyrille once told me before I broke through at Coventry, ‘Gael, God does not care if you have hundreds of medals and trophies – all he cares about is your character.’

“For me, football is not the be-all-and-end-all, but it is about building character and doing good. Winning trophies is just a bonus.”

The story of Conor Thomas, his loan to Liverpool at 16 & his move to India