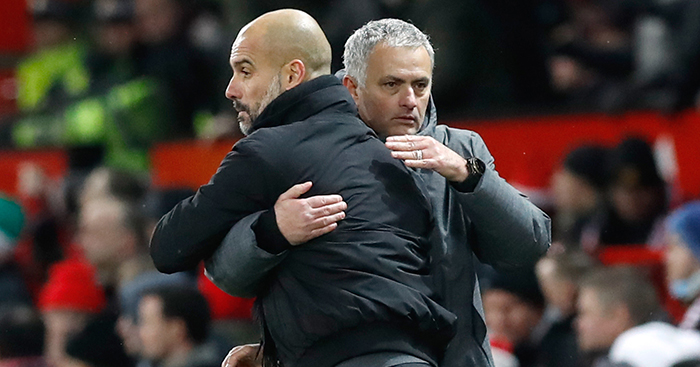 Gary Lineker rates Manchester City manager Pep Guardiola as a genius – but he reckons Manchester United boss Jose Mourinho would get better results in charge of a struggling team.

Guardiola looks certain to claim the Premier League title at the second attempt this season, with City 16 points clear of United with just 11 games to play after their 5-1 win over Leicester City on Saturday.

However, though Lineker holds the Catalan in the highest regard, he believes the main reason for the gap between City and United is simply that the Blues have better players.

“The reason why City are ahead of United at this moment in time is partly to do with the genius of their manager, but more importantly the fact that they have slightly better players across their team,” Lineker says.

“Players will always make or break a manager and that will never change however good we think the managers we have in the Premier League at the moment might be.

“Mourinho and Guardiola are as good as it gets in world football in terms of coaching and tactical thinking, and it is great that we have them in our country and doing battle against each other at the top end of the table, but players will always decide whether a manager is successful or not.” 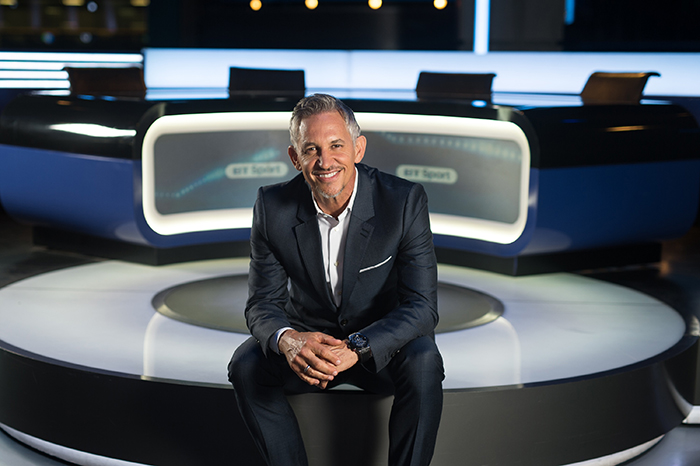 So what if either of these managers did not have world-class players to choose from? Would Guardiola or Mourinho still be successful? Who would Lineker prefer as his coach?

“Would I rather have Mourinho or Guardiola managing my team, now that is an interesting question,” he says.

“My preference would always be to watch a Guardiola side because I just love the way he approaches the game, but I suspect if they were both working at the bottom end of the Premier League, Mourinho may be a little better in terms of getting results from lesser quality players

“Could Guardiola do what he is doing now if he was in charge of Huddersfield Town? I’m not so sure and it would be fascinating to see him trying to do that.

“If he was at a club like that, he would probably pick out young players that catch his eye and develop them, but we don’t know how that would work.”

All that said, Lineker believes Guardiola deserves immense credit for the improvement he has overseen at the Etihad Stadium and the football he has the team playing.

“His football is joyous, it’s wonderful, it’s beautiful,” the BT Sport host says. “Of course he needs world-class players to make it work and he has had them at every club he has been at, but he has done a wonderful job at City. 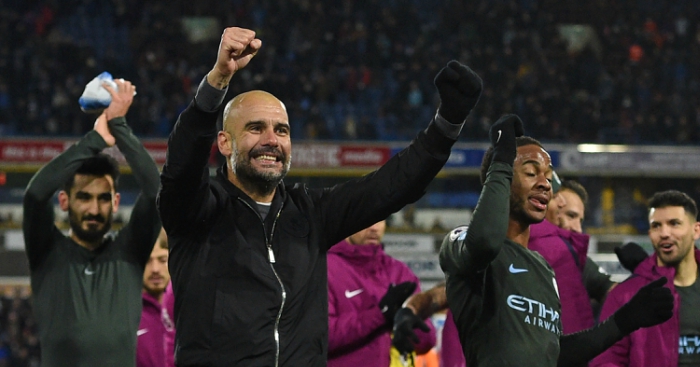 “They have lots of money, but they have not gone out and sign Lionel Messi or Neymar to get them to where they are. They have made shrewd signings, with some English players in there as well, which is great to see.

“Yes they have spent hundreds of millions to build this team, but they have signed players to fit into a system and a team that is working wonderfully well, and Guardiola and the club’s recruitment team deserve the plaudits and the success coming their way now.”

The style of football played by City under Guardiola has undoubtedly fuelled critcism of the more pragmatic approach favoured by Mourinho at, but Lineker is equally complimentary about the United boss and says much of the criticism he receives is unfair.

“We have a contrast with Mourinho and Guardiola’s methods and that is why everyone has been so captivated by this rivalry for so long now,” he says.

“Mourinho has a more old school outlook on how to play the game. Keep things tight, hit teams hard on the break – and there is nothing wrong with the way he goes about it.

“They are perfectly sensible tactics and his teams are solid, tough to beat and win a lot of trophies. He uses three or four free players and the rest need to be solid, but this is not a negative style of football. 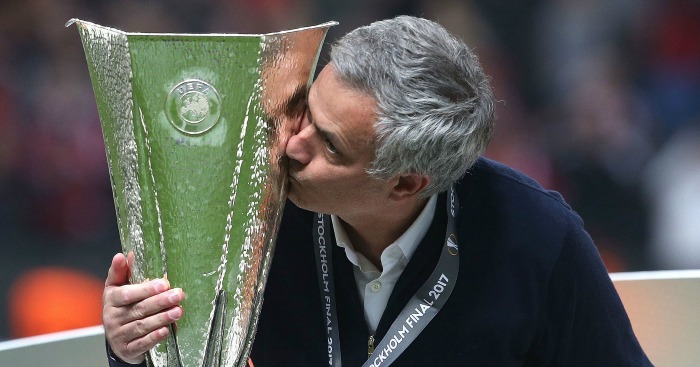 “There is a perception about Mourinho that he promotes negative or defensive football and people find it hard to look beyond that, which I think is unfair.

“United have played some really good flowing football from what I have seen. Mourinho is developing a team at United and we are seeing it come together piece by piece.

“It’s just that City have the bulk of a team that have been there for many years and you can see the fluidity they have is better because of that understanding built up over time.”

Mourinho and Guardiola return to Champions League action next week, with the prospect of the old rivals meeting in an all-Manchester Kiev final in May a real possibility.