How Gary Taylor-Fletcher ended up managing in the Europa League 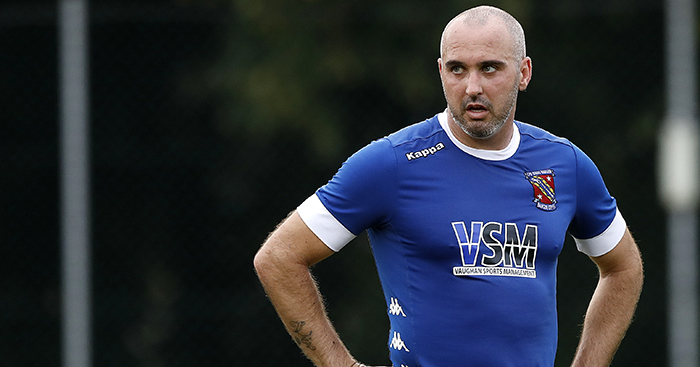 Gary Taylor-Fletcher started his playing career in non-league with Northwich Victoria and is ending it in Wales with Bangor City, but his story has taken a more interesting twist in recent months.

After arriving in the Welsh Premier League earlier this year following a spell with Accrington Stanley, Taylor-Fletcher accepted the role of player-manager as Bangor’s hopes of a return to the Europa League faded towards the end of the campaign.

It is the 36-year-old’s first step on the coaching ladder, but under his stewardship Bangor managed to earn a spot in the Europa League play-offs, where they would face Newtown AFC and eventually everyone’s favourite story of 2017 – Cardiff Metropolitan University.

Yes, a team made up solely of University students had earned a shot at European football in their first season playing in the top division of Welsh football.

It was Taylor-Fletcher’s Bangor that ended their dream in the play-off final, a 31st-minute goal from Dean Rittenberg ending Cardiff’s dream and igniting Bangor’s.

“Cardiff Met were magnificent and a credit to the WPL,” says Taylor-Fletcher. “They can train full-time which does give them an advantage over some teams but it’s still fantastic.

“They gave us a good game, but thankfully we managed to beat them in the final.” 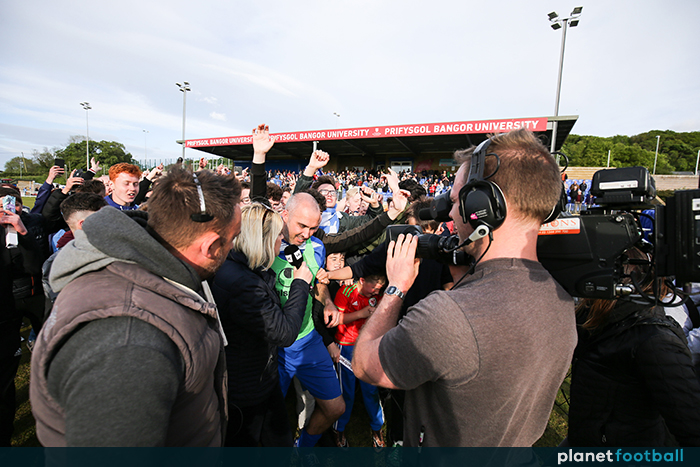 In the first qualifying round of the Europa League Bangor were paired with Danish side Lyngby, a team that came third just 12 months after promotion to the Superligaen.

A 1-0 defeat in Denmark gave the Welsh side a fighting chance, but a third-minute strike for the away side in the return leg put them in commanding control and ultimately sealed Bangor’s fate.

“The first half of that home game was what let us down,” says Taylor-Fletcher. “We planned it to a tee, but you can’t help mistakes.

“When they scored that early, it killed everything we said and our game plan went out of the window.”

The Europa League tie wasn’t just tough in terms of opposition; preparation was also something of an issue for the part-time side.

“It can be a bit inconvenient, we only had three weeks off and then we were back in. Lads are cancelling holidays last minute, we had to cancel our team trip to Ireland, it was difficult to even make sure we had enough players to train every day.

“The recruitment process is tricky too, we were talking to players from the English Football League but to get them released so soon is a bit of a nightmare.”

It poses the question, how does a part-time team prepare for a game that takes place just 10 days after the draw was made?

“The logistics were tough,” he says. “The draw was on Monday 19th and we had 10 days until the first leg, which was away from home.

“As soon as the draw was made we looked at travel plans, but there were rock concerts, beer festivals and all sorts going on so trying to get flights from local airports was non-existent.

“We had to fly in and out of Gatwick. It doesn’t really give the smaller clubs the opportunity to get the best preparation.”

However, despite the drawbacks that come with the successes, Taylor-Fletcher says he wouldn’t change the experience for the world. Both he and Bangor will learn from it.

“The fitness of the Danish team was excellent,” he says. “They were back a few weeks earlier than us so next season we might have to think about that and make sure we’re ready to go.

“It was a bit of a jump in quality compared to what we’re used to, but if we can perform like we did in the second half of the second leg this season then we’ll be challenging in Wales.”

Though Taylor-Fletcher is still cutting his teeth as a manager, he has been quick to implement several changes since taking over, the main one of which has been adding both quality and quantity to his squad.

“When I took over we had a squad of about 14 players,” he says. “That was very, very hard on the squad and what we wanted to do.

“Only 12 I would say we’re ready enough to start a game, for the play-off final we had something like two outfield players on the bench. I wanted to get a very strong squad together and now we have 20 players and any game you could start any one of them.”

Bangor have also brought in pro-licence coach Kevin Nicholson to work alongside Taylor-Fletcher for the new season, another change the former Blackpool striker believes will reap dividends. 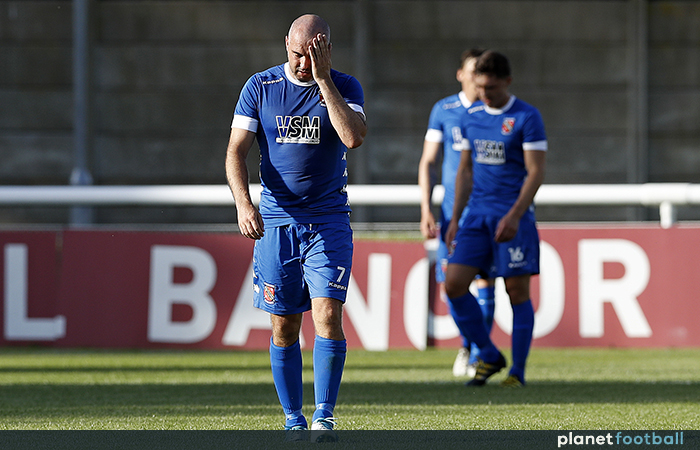 “Me and Kev work together on everything,” he says. “We needed someone with that coaching experience.

“He’s a good person and with good qualities and he’s fitted every criteria we were looking for.”

Taylor-Fletcher’s career highlight came in 2010 when his goal in the Championship play-off final helped Blackpool win promotion to the Premier League, but it’s been quite a few years for a couple of his other former clubs, 2016 Premier League champions Leicester City and the league’s newest side Huddersfield Town.

“Both clubs have massive fan bases,” he says. “Both have been top, high-end Championship clubs who are now dancing in the Premier League.

“Leicester achieved something incredible and for Huddersfield it’s been a long time coming. The manager there and the players they’ve brought in, they deserve every bit of credit.”