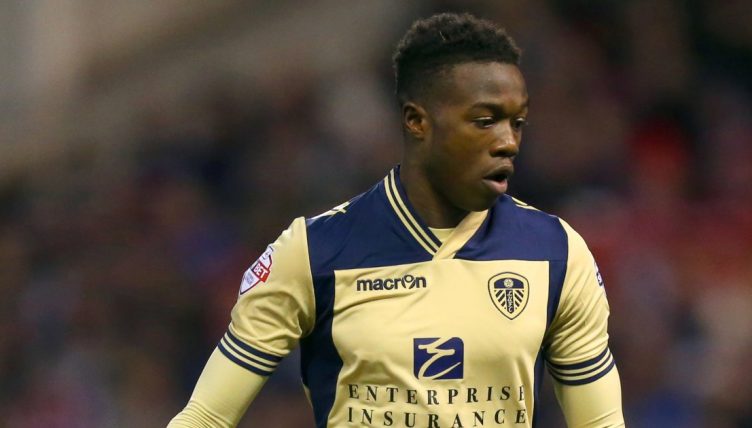 In the weeks before making his Leeds United debut in front of 27,000 people and the Sky Sports cameras, Gboly Ariyibi was bouncing around clubs on trial and playing Sunday league football.

The winger was released by Southampton in the summer of 2013 aged 18, leaving him to maintain fitness with park football while spending his weeks travelling up and down the country in the hope of securing a first professional contract. Trials at Brentford, Bolton and Bristol City, to name a few, came to nothing but perseverance paid off for Ariyibi, despite plenty of knockbacks on the way.

“I moved to stay with my brother in London for two months where I was playing for Sunday league teams trying to get fit,” Ariyibi says. “He decided to make a CV together with my email and some YouTube clips and he emailed it to 300 agents.

“Two of them got back to me. I went to Leyton Orient on my own with my boots and just asked for a trial when they were in League Two.

“I tried to blag and said, ‘I’ve been sent here by this director.’ I remember the first team were looking at me, they were all in the canteen wondering, ‘Who is this player rocking up with his boots?’ They told me they don’t do walk-ins. That was an unforgettable moment.”

The badgering from his brother eventually paid off as Leeds and Brian McDermott gave him a chance. Manager McDermott liked what he saw and a contract was offered. Ariyibi was quickly put into the first-team squad for a pre-Christmas match against Nottingham Forest in the Championship.

“It was a proud moment, not just for me and my family but for all young footballers out there, who I trained or played with at Sunday league to show that it is achievable,” Ariyibi says.

“After all the clubs I went on trial at, just to see me get turned down by all of them, and now to be playing against Nottingham Forest on Sky Sports, that was a proud moment.”

It was a tumultuous time at Elland Road, as it so often was during their 16-year exile from the Premier League. Massimo Cellino bought the club partway through the season, leaving plenty of uncertainty around the club, especially for younger players like Ariyibi.

McDermott, a great advocate of Ariyibi as he tried to add width to his side, was under immediate pressure as his future was permanently under scrutiny by the new owner – infamously being sacked only to be reinstated as Cellino had yet to officially complete his takeover.

“That was a difficult time to come into a club like Leeds United with so much history. Although they had big names, it was a tough time for the football club.

“They were expected to be in the top six and be promoted, and I came in while they were not doing that bad. They were doing well but were expected to be higher so that pressure was all there for me. Brian McDermott, who I could never forget for giving me my debut during that difficult time. It was difficult but I enjoyed every minute of it and have no regrets.

“I didn’t get to meet Cellino but there was a lot of uncertainty. It was a tough time for the whole board, not just the players. I think it was a major part of me not continuing my journey at Leeds United.”

Following his release after two Leeds appearances, Ariyibi was offered a deal by Premier League Burnley but decided to join League One Chesterfield. He spent two and a half years in Derbyshire, impressing enough to earn a move a short distance south to Nottingham Forest for a fee in the region of £500,000.

During his spell at Chesterfield, Ariyibi was called up to play for USA Under-20s after a tip-off from former Southampton team-mate Cody Cropper about his eligibility. Ariyibi was born in Virginia but moved to England two months later, eventually settling in Oxford.

During his time with the USA, he played alongside the likes of Manchester City goalkeeper Zack Steffen and Chelsea defender Matt Miazga. Ariyibi even played against England in his early international career.

“That moment was so surreal because that was the first time I saw James Ward-Prowse and Callum Chambers since I left Southampton. I remember stepping out onto the pitch – I didn’t get long, maybe five minutes – but just to see them made it a proud moment as I believe I can play at the highest level. I always want to fulfil my potential.”

Despite the cost, Ariyibi never managed a first-team appearance at the City Ground, instead spending most of his Forest career on loan at MK Dons, Northampton Town and Motherwell.

Playing north of the border with Motherwell gave Ariyibi a taste for something different from English football. When his deal with Forest ended in 2019, Ariyibi decided it was time for a complete change, as he moved to Panetolikos in the Greek Super League. 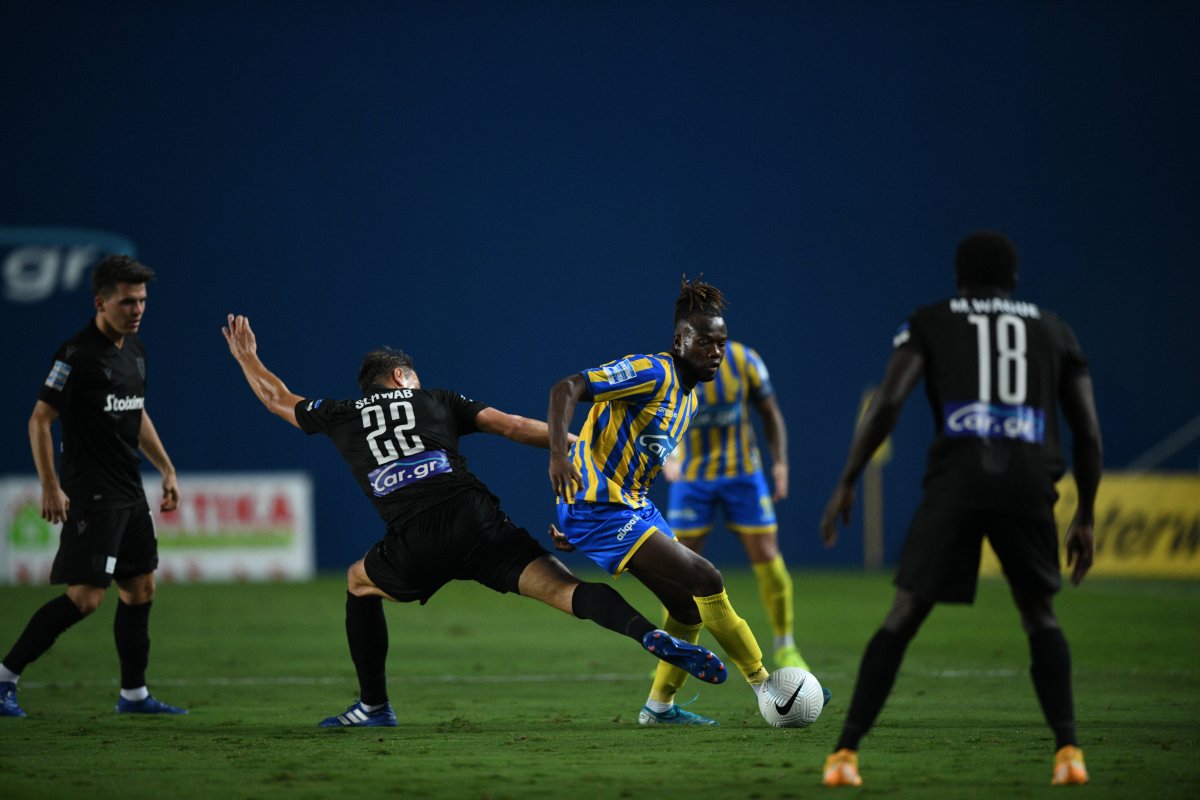 “There was something about playing in the first division that attracted me. I was a bit unsure about moving to Greece, if I was being honest, and the first two or three months were difficult for me.

“After I started to find my feet and got used to the league, I found it suited me a lot due to my style of play. It gives you plenty of exposure on the world stage. I’ve enjoyed it and I’ve experienced not just the football but the culture. I am excited for what is to come.”

Since moving to Greece, Ariyibi has already attracted interest from a variety of countries thanks to his impressive performances. Despite Panetolikos’ struggles in the league, the winger has been one of their standout performers, scoring three times, including a stunning 35-yard strike against Asteras Tripolis.

Time in Greece has allowed Ariyibi, who still has ambitions to play internationally for USA or Nigeria, to test himself against the likes of Champions League stalwart Olympiakos.

“I never thought I would be playing abroad so early in my career but it has opened my mind to see what there is out there. Playing and living in England, competing in the UK for most of my career, it has probably been the best decision I’ve made to come out here and be on the world stage.

“I would like to stay abroad. For me, I want to stay in the highest league at the highest level, whether that’s Germany, France, Spain or Italy. This gives me more of an opportunity to do that.”