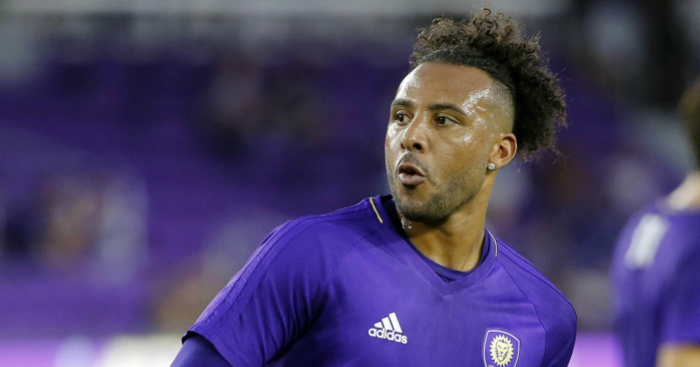 It was the summer of 2012. Giles Barnes had just been released following Doncaster Rovers relegation when he received a phone call from America. He nearly didn’t pick up. Five years on the former Derby County and West Brom midfielder describes taking that phone call as the best decision he’s ever made…

The MLS regular season may have finished three weeks ago, but Barnes has been a busy man. After his club Orlando City missed out on a play-off spot, Barnes has turned his attention to the community, setting up the Giles Barnes Foundation to help homeless children in the area.

Now in his fifth year in the States, the issue of homelessness has been on Barnes’ mind since he started at Houston Dynamo in 2012.

“Houston always had a big homeless community and it always broke my heart seeing children on the streets, late at night, hungry – so it’s something I’ve wanted to do for a long time,” he says.

When Barnes arrived in Orlando at the start of this year, he saw the homeless population was just as present and visible as it ever was in Houston.

After seeing a mother, child and dog out on the street in downtown Orlando and putting some money together with a friend to get them into a hotel for night, Barnes decided it was time to really take action.

Working with Orlando City’s co-founder Kay Rawlins and team chaplain Andy Searles, Barnes’ new foundation organises activities and prize giveaways for homeless children to help them realise their dreams. He has been flooded with local donations.

That community ethos is something that immediately struck Barnes about the city. “I think that’s why it was so easy for me to voice my opinion and get the right direction, because of how involved Orlando is in the community anyway,” he says.

It seems fitting that Barnes should want to give something back in a country that gave him a second chance in his career.

Coming through the ranks at Derby County, he seemed destined for great things and was touted as one of Britain’s brightest teenagers. However, a series of serious injuries hampered his development and made holding down a regular place at one club very difficult.

Mentally, those injuries took their toll on Barnes, who was still just a youngster trying to do what he loved.

“I got told to retire twice – a lot of people don’t know that. I walked into a doctor’s office and they said, ‘You’re never going to play football again. We can’t fix you.’

“I remember crying on a bicycle, just to try to get my knee to go round in a movement. I had to teach myself how to walk, how to run, how to twist, how to turn – all over again.”

After suffering relegation with Doncaster in 2012, Barnes was in need of a fresh start – but he didn’t plan for it to come in America.

“I was literally sat on my couch with my family, debating whether to go to Italy, Greece or to sign for Championship club on a year contract,” he says.

“I got this random phone call, a number I don’t even know popped up on my screen, an American or Canadian number. I wasn’t even going to answer it.” 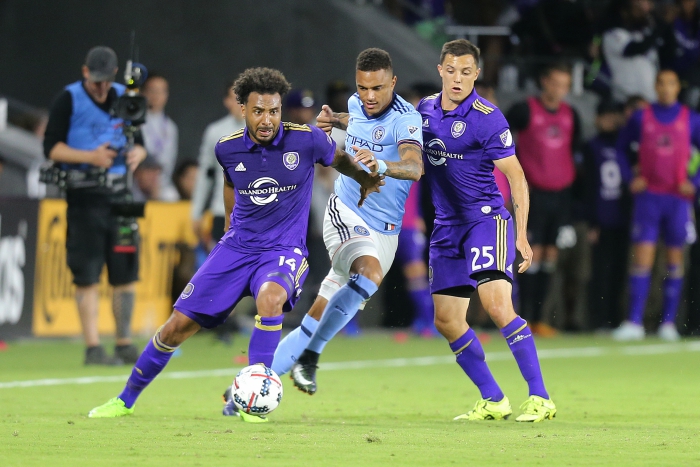 But Barnes did answer and it was a decision that changed the course of his career. The mystery caller was Justin Thompson, a former Canadian footballer turned agent. There was interest from LA Galaxy in signing Barnes, but it appeared Houston Dynamo had already placed a ‘discovery tag’ on him, meaning they had first refusal.

At first, Barnes was dubious about the move: “I just thought of Texas and of cowboys and country music and I thought that doesn’t really sound like me at all”, he laughs.

However, after speaking with Houston’s President Chris Canetti and manager Dom Kinnear, he was convinced to give it a chance, and on seeing the club’s impressive new stadium and facilities, he decided to take the plunge.

Five years on, Barnes is indebted to that opportunity he was given.

“I just needed to take myself out of that situation where people used to compare me to the 17-year-old I once was,” he says.

“I just thought if I go and start somewhere with a clear mind and a clear head, where they know my name but they don’t really know anything about me…it was the best decision that I’ve made.”

Barnes enjoyed several happy seasons at Houston, finishing as the team’s top scorer in 2013 and 2014.

“They were fantastic years. I had some great times in Houston. I still own my house in Houston and that tells you how much I love that city.”

Following a brief spell at Vancouver Whitecaps, Barnes was then traded to Orlando City.

Amazingly, he found himself making his debut by coming on for Kaká. He was a player Barnes admired as a youngster, and the old adage that you should never meet your heroes was certainly not true in this case.

“You learn from Ricky just as a person, day to day. He’s one of the most humble individuals I’ve ever met in my life. This man’s had it all – World Cups, Champions Leagues, Ballon D’Ors – and he talks to everybody and treats everybody exactly the same way.”

“His movement never changes, his technical ability will never change”, he says of Kaka’s enduring technique. “He may not be as fast and as powerful as he once was because he’s got some mileage on him now, but the technique and the brain, it never leaves you.”

When he first arrived in MLS, Barnes was one of the first to make the move from the UK, but these days British-born players are relatively commonplace. At Orlando alone last season were Dom Dwyer, Scott Sutter and Seb Hines, as well as Danny Deakin, Lewis Neal and Paul Clowes in their B team. 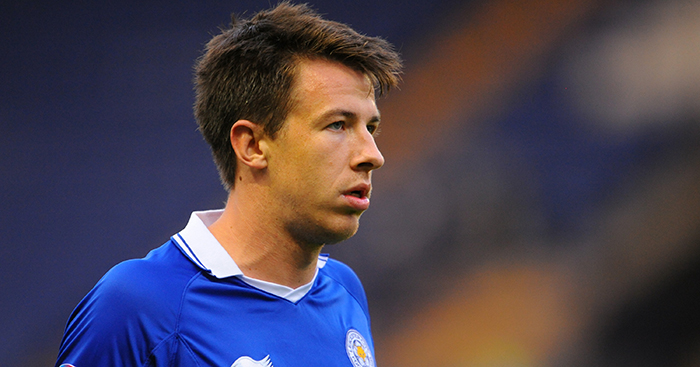 “Jack could go and play in the Premier League easily,” Barnes says.

Harrison was at Manchester United’s academy but left as a teenager to continue his studies in the US before being picked up by NYCFC in the college draft. Finishing last season with 10 goals, he was recently called up for the England U21s.

“He made a big decision to leave, but he believed in his ability and he came and played in a league where he knew he would get an opportunity,” Barnes says. “He ended up playing with David Villa and Andrea Pirlo. He’s a very well-respected young player around this league.”

New opportunities have opened up for Barnes too since he moved to America, including an international career with Jamaica. A dream come true.

“Obviously I was born in England, but my whole family’s Jamaican. I was raised as a Jamaican boy exactly the same way my Dad was raised. It was something I felt in my heart for a long time.”

The call-up came in 2015, which proved to be a busy summer for Jamaica, playing as a guest country in the Copa America, followed by the Gold Cup, hosted in the US. Barnes faced his new home in the semi-final and scored the decisive goal to send Jamaica to their first ever Gold Cup final. 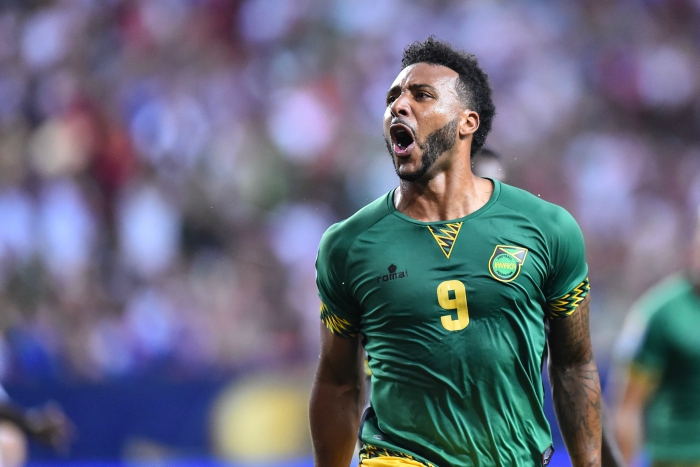 “To score against the USA in the USA – which had given me my opportunity to play for Jamaica and had been a rebirth of me playing football again over here, it was really fitting.

“That journey was amazing. I’d love to go and maybe start something over there – to be involved in some scouting to bring the players over here, or ways to get them into school.”

Returning to the present, life is a little uncertain for Barnes. Despite featuring in all 34 of Orlando’s game last season – an achievement in itself, given his injury history – the club chose not to re-sign him, and as it stands, he is free to look for other clubs.

“Football’s a funny game,” he says. “Opportunities are always there, it’s about making the right choice now for me – I’m just keeping all my options open right now. Maybe I’m in Orlando, maybe I’m not, but it’s going to be a fun journey for sure.”

It’s a credit to Barnes’ character that he remains so optimistic and in many ways, he’s simply grateful that his career wasn’t ended by injuries he encountered at such a young age.

While few could have predicted the career path he’s had, it’s been a worthwhile and a memorable one so far – and showing no signs of ending anytime soon.