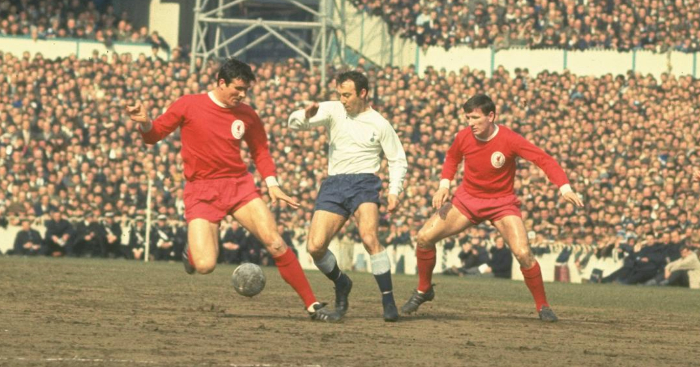 He is a gold plated legend who often gets overlooked in the debate over who should be hailed as England’s greatest striker of all-time, yet Tottenham legend Jimmy Greaves is finally getting the acclaim he is due.

Greaves scored 44 times in just 57 appearances for England between 1959 and 1967, with his absence from the 1966 World Cup final due to injury one of the primary reasons why his legacy is not as golden as it could and should have been.

A campaign for Greaves to be knighted by the Queen has gathered momentum in recent weeks, with the striker, who also played for Chelsea, AC Milan and West Ham in a career that saw him score a stunning 422 goals in 602 appearances, is celebrated in a new BT Sport documentary chronicling his remarkable career and his second coming as a television presenter in the 1980s and early 1990s.

We attended the premiere of Greavsie at the BT Tower in London and sat down with two of Greaves’ fellow Spurs legends, with former Tottenham player and manager Glenn Hoddle the first to pay tribute to the club’s record goalscorer.

“The one outstanding memory for me about Jimmy Greaves was when he came back to Tottenham to train for a week ahead of his testimonial match,” Hoddle says. “I had broken into the first team, but I was still new to the game at senior level and it was exciting to have a chance to watch a legendary player like Jimmy up close and personal.

“I had a knock at the time, so I wasn’t training and I looked in on the training session and one thing struck me about him. I was flabbergasted by the fact that he never looked at the game that was unfolding in front of him or where the ball was. Instead, he was looking around himself all the time, checking where he was, where the goal was and where his nearest defender was.

“It baffled me at the time, but then the ball came to him and I could see that he was a step or two ahead of everyone else on the pitch because he was fully aware of where he was in relation to the goal and that gave him an edge on the defenders who were trying and failing to mark him.

“One touch, two touch and he was shooting. Defenders couldn’t handle it and he scored so many goals in that practice game that it left a lasting impression on me.

“I play in the middle of the park, but Jimmy showed me that you still need to have 360-degree vision around you to give yourself the best chance to make an impact on a game. It was a revelation to me and that was an important part of my game from that point forward.” 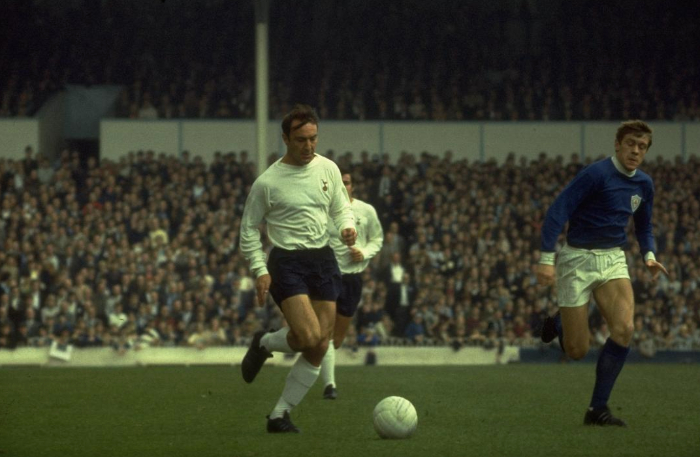 Steve Perryman was Tottenham captain for their 1981 and 1982 FA Cup wins and has special memories of playing alongside Greaves in his formative days at the club.

“This sport is dominated by statistics these days and when you look at the numbers Jimmy put together in his career, they are just amazing,” he says.

“That was even worse for Jimmy because he was the number one professional goalscorer in England and when he came into town, the opposition wanted to take him out by any means necessary. People wanted to make their name by stopping Jimmy Greaves.”

Perryman suggests Greaves should be lauded as one of the all-time greats of the English game, with his record of 0.77 goals-per-game for the Three Lions confirming his class. 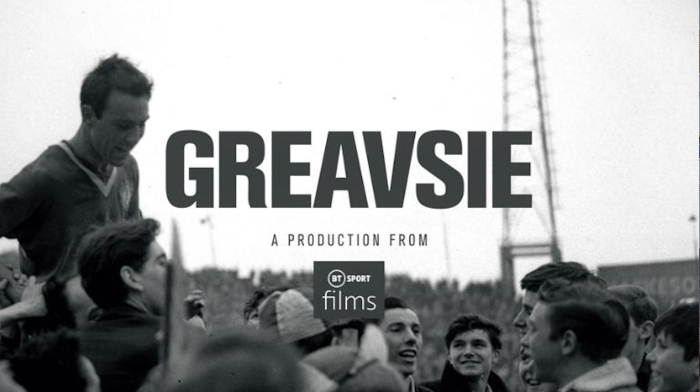 “I just feel that football has been a little disrespectful to the great players of the past and at his best, Jimmy Greaves was a world-class football in any era,” Perryman adds.

“We often see these lists of the greatest England scorers of all time and it’s always Gary Lineker, Alan Shearer, Michael Owen or Wayne Rooney, but Jimmy Greaves had a goal-per-game record that was second to none for England and he has to be in the debate when we are nominating the best England striker of all-time.

“He was a master craftsman, a professional goalscorer who seems to know where to be and when the chance came, he took it better than anyone else.

“He was also a gentleman. I played with him at Spurs for six months and he was nothing but respectful of me, even if he must have thought I was this teenager who was struggling to keep up with him and was falling on his arse too much trying to defend against him in training.”

Tottenham’s current goalscoring talisman Harry Kane is aiming to eclipse Greaves as the club’s all-time top scorer, yet he is still 85 goals behind.

Greaves was the biggest star in English football throughout the 1960s, but his absence from the 1966 World Cup final team is a sore that must burn into his soul.

“The one big sadness he had to deal with will always be around the 1966 World Cup,” Hoddle says. “As a nine-year-old, I was just starting to go and watch Spurs with my dad and Jimmy was everyone’s hero, so we were all gutted when he missed out on that wonderful success for England due to injury.

“You have to try and deal with it, but it can’t be easy when you are part of a squad that achieves the ultimate in the sport and you find yourself starting the tournament as the lead striker and watching the final from the stands.

“Geoff Hurst scored a hat-trick in his absence. It was such a shame that it was an era just before substitutes were introduced into the game, so he didn’t have a chance to play a part, especially after the final against Germany went into extra-time.

“He is a legend at Tottenham and the fact that he is sitting at the top of the scorers list for the club confirms as much. Harry Kane is trying to beat his goal-scoring record for the club now, but he might have to stay another six or seven years to get there.

“With that in mind, Jimmy’s scoring achievements for the club may never be beaten.”

Greavsie, the latest in the acclaimed BT Sport Films series, will premiere on BT Sport 2 on Wednesday 18 February at 10.30pm.