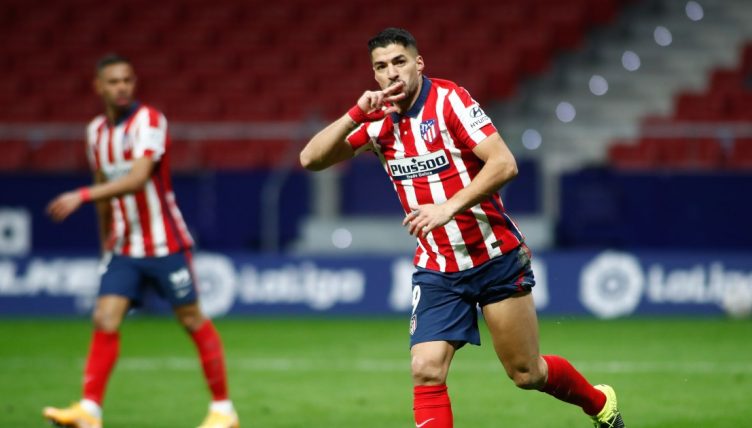 After a scintillating start to the season, things have begun to go awry for Atletico Madrid in the last 10 days. As Diego Simeone himself admitted after Saturday’s 2-0 loss to Levante, they are going through a “moment of difficulty.”

The defeat to Levante followed a draw against the same opposition mid-week – a game in hand left over from the second round of fixtures – and another draw with Celta Vigo the weekend prior.

After they had, for a time, looked such red-hot favourites to win the title, they are now only three points ahead of Real Madrid – albeit with a game in hand.

But as Simeone said to AS: “Those who are strong in the bad moments are the one who achieve their goals.” And this season, Atletico’s goal is without doubt major silverware.

As well as topping the table domestically they are still in the Champions League – on Tuesday night, they will face Chelsea in the first leg of their last 16 tie. Simeone and his men will see the European tie as the perfect opportunity to prove their strength.

It will not be simple – key defenders Jose Gimenez and Kieran Trippier are out – injured and banned, respectively – and Portuguese forward Joao Felix has only recently recovered from Covid.

But the game should suit them. Chelsea will look to dominate possession, so Atleti will be able to play on the counter. And if Simeone is looking for positive signs, then in Luis Suarez, he has a man made for the occasion.

Since his move to Atleti from Barcelona last summer, Suarez has excelled – emphatically proving anyone who thought he was past it wrong and making his ex-club look rather silly in the process.

Admittedly, Barca needed to make changes last summer – their wage bill was astronomical and with an ageing squad, renewal was required. But in their haste, the decision to let Suarez leave – to a direct title rival, for no initial fee, just performance-related payments that could rise to €6million – has looked remarkably short-sighted.

Suarez felt rejected and as such has been playing like a man with a point to prove. As he told France Football recently: “What really bothered me was when they told me that I was old and that I could no longer play at a high level, be up to [leading] a great team. That’s what I did not like.”

On his Atletico debut against Granada, Suarez got two goals and an assist and has not looked back since. He now has 16 in 20 appearances in La Liga at a rate of one every 97 minutes – his goals earning his team a dozen points, more than any other player in the league.

An instant impact for Luis Suarez! 🚨

The Uruguayan got an assist with his first touch, and then he gets his first Atletico Madrid goal with a fantastic header 😍 pic.twitter.com/mxwqZqCd9S

In the two games against Levante he did not find the net, but before that Suarez managed two to salvage the point against Celta Vigo and, away to Cadiz the weekend prior he had scored another brace, guaranteeing his team a 4-2 win.

His team-mates have clearly been impressed. Speaking to TyC Sports in his native Argentina, Angel Correa said: “Suarez is an incredible centre-forward, we are super happy to have him with us. He has half a chance and it goes in.”

That last bit of Correa’s assessment is insightful. Whereas the Liverpool and early Barcelona era Suarez had an eye for the spectacular and his all-round play was second to none, at Atletico, he has been far more penalty-box poacher, getting on the end of crosses and through-balls from the likes of Correa, Trippier, Marcos Llorente and Felix, and providing the first-time finish.

That final touch is exactly what Simeone’s side required, and the coach has been just as happy with him as his team-mates. Asked last month whether Suarez was the best signing of his entire tenure at the club, Simeone, a man not prone to exaggeration, replied that the 34-year-old striker is “extraordinary,” adding that Suarez “always plays with intelligence.”

The warm feeling is mutual. Speaking to ESPN this month, Suarez said: “Each coach obviously has their own way of being, their own football philosophy. [He] is a coach who gives players a lot of confidence, he makes you give more than you thought you could.”

Luis Suarez dinks his penalty down the middle for a late winner! 👏

Before Atletico took on Celta Vigo, Celta captain Iago Aspas, who shared a dressing room with Suarez at Liverpool, said: “He’s always been a striker who scores a lot of goals, I think it was a big error on Barcelona’s part, but they were struggling a bit with the wage budget.

“Atletico took advantage, moved quickly and signed a great striker. In fact, many of the points they have won are thanks to him and his finishing.”

Now, as Chelsea travel to face Atletico in Bucharest – the game moved because of Covid travel restrictions from Britain to Spain – it is Thomas Tuchel’s turn to worry about how to stop him.

Even with Atletico’s drop-off in form, that will not be an easy task. Atletico will be motivated to show they can bounce back, and between Chelsea and Suarez, there is history.

In 2018, Suarez set up two goals in the Camp Nou to knock Chelsea out of this same competition at the same stage. And in the six Premier League games he played against the Blues, he got two assists and two goals.

One of each came in one infamous game at Stamford Bridge in April 2013, when as well as crossing for Daniel Sturridge to score and scoring a late equaliser from a Daniel Sturridge cross, Suarez took a nibble of Branislav Ivanovic’s arm mid-way through the second half, earning himself a retrospective 10-game ban.

#OnThisDay in 2013 Luis Suarez took a bite out of Chelsea's Branislav Ivanovicpic.twitter.com/CGKXV9iftR

With VAR now available, Simeone will be hoping Suarez doesn’t get quite so wound up this time, that with age has come a little more responsibility and restraint. Yet his hunger for goals clearly remains undiminished.

“I still feel like I’m enjoying this moment that I’m in today, in football’s elite,” Suarez recently told ESPN. “Being at Atletico, you’re in football’s elite. Some people didn’t believe that I could still be at this level. I’ve got the same enthusiasm.

“I hope that this year, next year and for however many years it is, I keep competing and giving my best, until you realise that you’ve gone as far as you can. But no one will get rid of me. I’ll decide when I go.”

He might not be as nimble as he once was, but in his current form, it doesn’t look like he’ll be deciding to go anywhere any time soon.