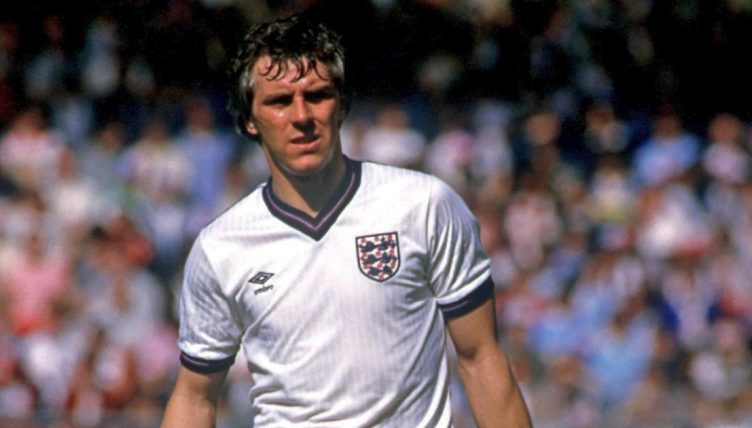 Graham Roberts is still baffled by his 2006 sacking as manager of Scottish outfit Clyde. At the time, the Tottenham legend thought it would be his last job in football. But that was not the case – and he tells an incredible story of where management took him next.

“I managed non-league for years. I gave up and then I went to Spain and lived there for two years,” explains the ex-Spurs, Chelsea and Rangers centre-back who won six England caps in the 1980s.

“I came back and got asked to manage Clyde in Scotland. We beat Celtic in the third round of the Scottish Cup in front of millions of people on TV. After that, I left. Well, I got sacked.

The club accused Roberts of gross misconduct, allegations Roberts denied and fought in court. The judge ruled that the allegations had either been fabricated or greatly exaggerated, and Roberts was awarded £32,000 in compensation from Clyde for unfair dismissal.

“I don’t know how you get sacked when you’ve done really well,” he says. “But obviously you do these days, don’t you? And I just thought I’d had enough. I’d had enough of people bossing me about.”

Four years passed with Roberts out of the game before a call from two mystery agents.

“They said to me, ‘Look, we got a job for you.’ I asked where it was and they went, ‘Meet us at Heathrow Airport Terminal 3, bring your passport with your visa.’ I said, ‘Well, where are we going? I need to tell my family.’ [They said:] ‘Well, you can tell them when you arrive.’

“So, being the person I am, I thought it sounded quite interesting. When I turned up in Terminal 3, you’ve got the Maldives, Thailand, Philippines, all these airlines, and then it goes down to India, Pakistan, and there was one other. I was thinking: ‘It might be Maldives, it might be Malaysia or somewhere.’

“I said, ‘Where are we going?’ They said, ‘Pakistan.’ I said, ‘You’re having a laugh, aren’t you?’ They said, ‘No! We’re going to Pakistan. You’re there for 13 weeks. You’re the head coach of the national team. And they’ve got a tournament coming up, and they want you to get them fit and take them to this tournament.’”

Roberts was whisked to the other side of the world. His task: to get Pakistan’s national team ready to compete at the Asian Games, the same tournament which Son Heung-min won with South Korea in 2018 to secure exemption from military service.

“After three or four days, I went out for a run around the pitch which I was staying in the complex of,” Roberts recalls. “All of a sudden, this bloke came out with a gun. I’m looking around, thinking, ‘Is he going to shoot me?’

“So anyway, I kept running and when I finished, I walked in and he followed me in. I said to the president of the Football Association, ‘That was lucky. I nearly got shot, I think.’

“He went, ‘No that’s your guard. Because you’re British, there could be a sniper in the stadium. And they will shoot you.’ I said, ‘That wasn’t in my contract.’ With that, I thought, ‘Right, I’ve got to be a bit careful here.’

“The next day, they sent five or six guards around the stadium. That way, nobody could get in.”

Roberts started to grow accustomed to his new surroundings and work with his squad. And, he continues: “After a few weeks, the agents [who got him me the job] came. We had a chat with them and we went to this hotel, which is really, really nice.

“They had a spa. We went for a sauna, came back out, ordered some sandwiches. All of a sudden, all the windows in the hotel’s ground floor shattered and fell in. We all dived on the floor. We had glass in our heads, little cuts on our faces. 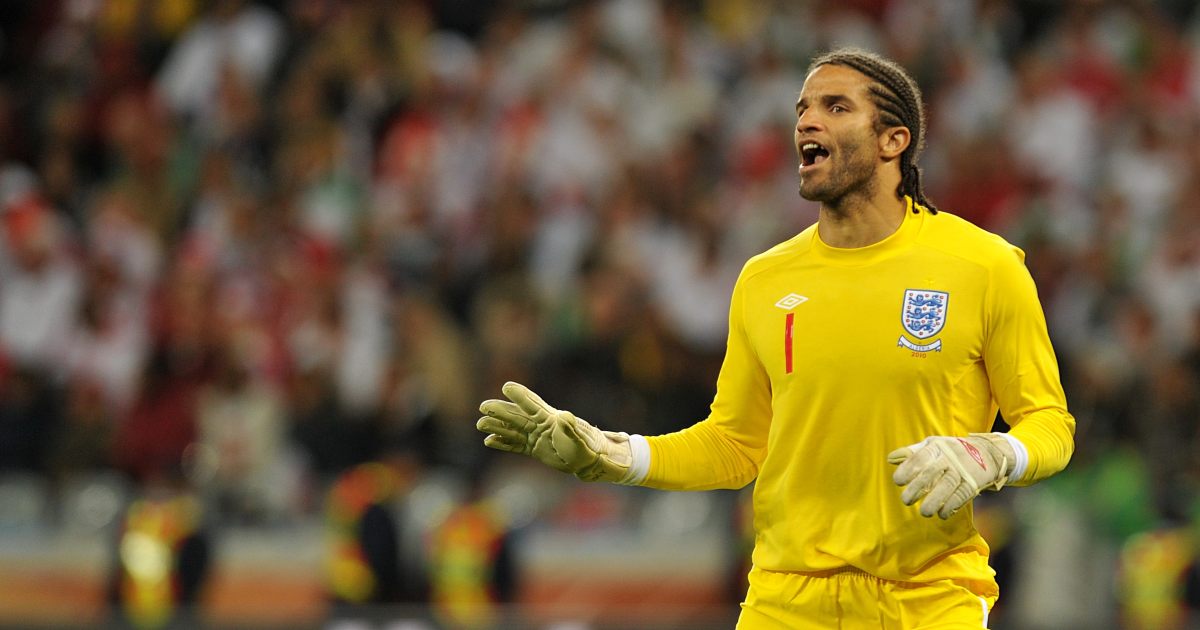 “The waiter came along and he said, ‘Are you okay?’ I said, ‘Well, not really. Have you got any bandages or towels?’ He said, ‘Would you like another sandwich or a drink?’ I said, ‘We’ve just been blown up!’ He went, ‘No, they blew a bus up outside the hotel and it shattered all the windows.’

It was not Roberts’ last near-miss. “From there, we went to this tournament,” he says. “We go from Karachi.

“The night before we went down there, they threw a party because whenever you leave to go somewhere, you get all the governors in the whole country and the press and everybody. It’s about 600 people, and they give you a party to send you off.

“I said, ‘Well, we’re going to be up at five o’clock in the morning so we don’t want to be late.’ So with that, the boys went to bed, I went to bed about 10:30, got up, got on the aeroplane the next morning and flew to China.”

Roberts and his team arrived at their camp safely. “I went in my room just to have a little nap, turned the TV on and it had BBC World. We’d stayed at the Sheraton Hotel in Karachi. I’m looking [at] bomb blasts.”

The blasts Roberts talks of had taken place at a police station in Karachi, very close to the Sheraton. They killed 20 and injured over 100. Roberts recalls the scenes of devastation, saying the buildings he saw on the television had been “blown to smithereens.”

Roberts and the Pakistan players had avoided the attack by a matter of hours. As chilling as that must have been, they still were expected to compete.

“Our first game was against Thailand. And we got battered,” he says. “We got beaten 6-0. But we play really, really well. And the manager of Thailand was Bryan Robson.

“He was my captain when I played for England. So, Robbo said to me afterwards, ‘Do you fancy going for a beer?’ We went into the town. Then we had something to eat and a beer, and the players went back to the hotel to sleep.”

Pakistan went out of the Asian Games at the group stage, but Roberts had earned a name for himself.

“I went back to Pakistan. The president pulled me and said, ‘Everyone in Pakistan loves you. We want you to stay for two more years.’ I said, ‘No, I can’t. I nearly died three times and I’ve only been here 13 weeks. I just can’t do it.’ I flew back to England.”

But it wasn’t to be for long. “Two weeks later, I got another phone call: would I go to Nepal? They had seen what I’d done in Pakistan. They wanted a new coach, and I went there for two years.

“It was a friendly place. I lived in a hotel for two years. The hotels out there are not the best. That was the hardest part because you wake up one morning and there were 500 ants above you. I didn’t expect that.

“When I first turned up in Nepal, I was seeing players eat rice. We were training and coming up to 45 or 50 minutes of training, they were shattered. They couldn’t do anything else. 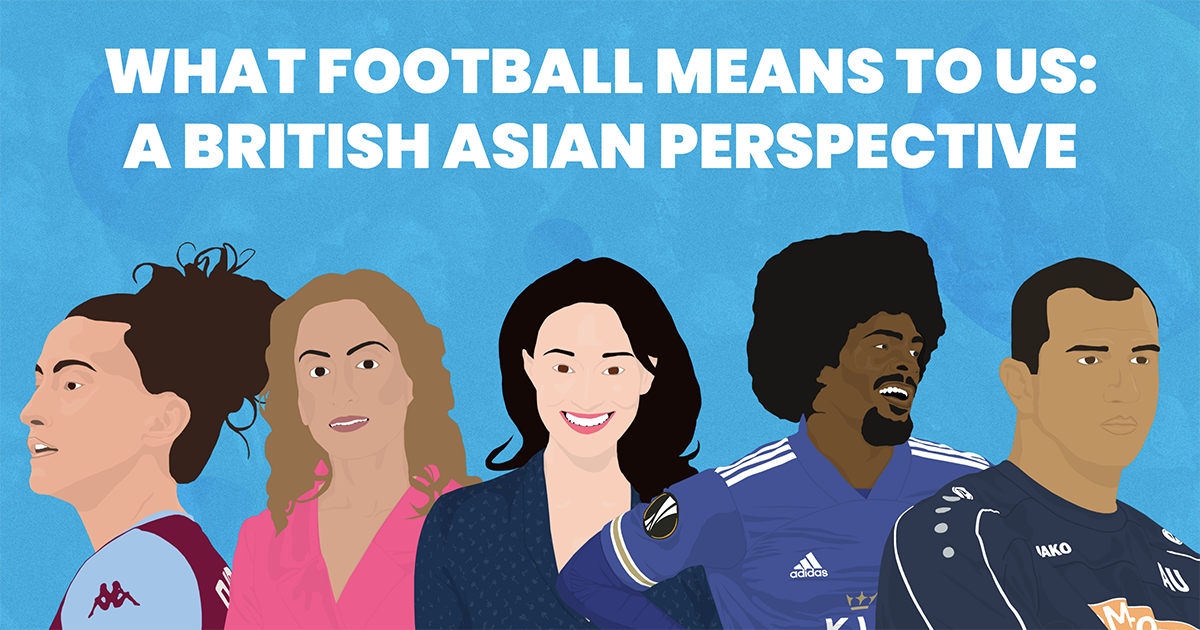 READ: What Football Means To Us: A British Asian Perspective

“I sat down one night and went through some books and looked online. They weren’t getting any protein inside them. They had no energy. The players needed to eat chicken or beef in the evenings. We started building them up.

“They never did any weight training or anything. They just used to go out on a pitch and play for an hour. They had one pitch, and they had four or five games a day on that one pitch. They would play in rain and the water would be a foot high.

“I said, ‘You can’t go on like this.’ So, they built an astroturf where they trained.”

Roberts also requested a better playing surface for Asian Cup qualifying games, a wish that was soon granted. “Every day, we used to go in and see 200 women on the pitch. I didn’t know what they were doing,” he says.

“Turns out they were sewing the grass seed from another place into the sand and into the water. I said to the president, ‘I don’t want to see the pitch until we have to play there in three days.’

“I went back, and you would think it was Wembley. It was amazing. I went, ‘Have you just laid turf?’ He said, ‘No, that’s what those women have done for six weeks, every day’. Wow. It was amazing.”

Happy New Year to all my followers in Nepal!

Did you know that #FormerBlue Graham Roberts was the Nepal national team manager from 2011-12? #CFC #Chelsea @GrahamRoberts4 pic.twitter.com/5EFd02s0va

Roberts also took Nepal to the South Asian Football Federation Championship in India in 2011. They advanced past the group stage, beating Bangladesh and drawing with Pakistan and Maldives.

In the semis, they faced Afghanistan and Roberts expresses regret at how it turned out. “We nearly won the SAFF trophy,” he says. “We got knocked out the semi-final, which we should have won.

“If we had won the semi-final, we’d have played India in the final on their own pitch. I think we’d have beaten them. But you make mistakes at the back and it costs you. We made one mistake and it cost us.”

The tournament finished just before Christmas 2011, and a few months later Roberts would be gone. “I did two years,” he remembers. “They wanted me to stay, but two years was enough for me.”

Roberts has not managed since. But those final chapters of his managerial career are ones he will never forget.