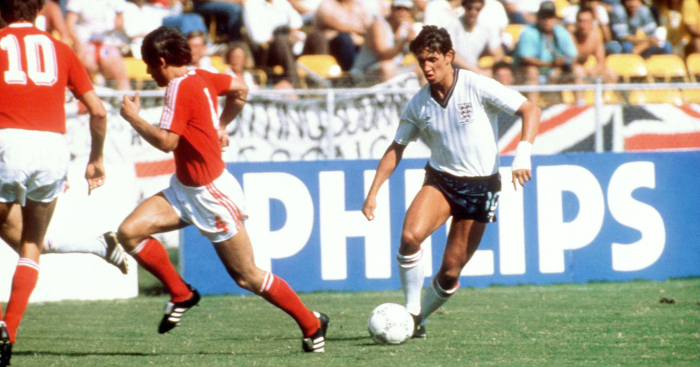 In the first instalment of our news Greatest Games series, Michael Owen detailed the most significant days of his career with Liverpool and England. Today it’s the turn of former England captain Gary Lineker.

For both club and country, Lineker had a knack for coming up with goals when they were most needed, providing a number of memorable moments for fans wherever he played.

Yet when we asked the BT Sport presenter to select the most significant game of his goal-laden career, he was quick to identify the one match that changed his life for ever.

“I don’t remember too many games I played in, that’s the truth.

“Often, one of my goals will pop up on Twitter and unless it was one of the rare times I got one from outside of the box or a really important goal, I will look at it and have no recollection. It will be like seeing it for the first time.

“Having spoken to other former players like Alan Shearer or Alan Hansen, they remember everything about every game, but football was never the most important thing in my life and that might be why I didn’t feel the kind of pressures others went through.

“To be honest, I don’t recall too much about my international debut and as for my first England goal against the Republic of Ireland, I just about remember a chipped finish at Wembley, but in general, individual games and moments are not etched into my mind.

“My first El Clasico as a Barcelona player was incredible as I scored two goals quickly and got a hat-trick. That gave me goosebumps, and winning the FA Cup semi-final against Arsenal and then the final against Nottingham Forest with Spurs in 1991 was special.”

It’s 33 years to the day since @GaryLineker scored The Most Gary Lineker Hat-Trick Ever in the Clasico.

Yes, Messi’s good – but why dribble round eight players when you can toe it over the line from 2 yards out?pic.twitter.com/LIBosVkRRU

‘That was ground zero for my career’

“But the one game that changed my life forever was against Poland in the 1986 World Cup finals.

“The idea of playing in a World Cup was a dream for me, but it didn’t really live up to what I imagined when I got to Mexico.

“The pitches were terrible, bare in places, and the heat was oppressive. The stands were empty in a lot of the stadiums and this was not what we were expecting as England players going to a World Cup. If this was the ultimate dream, it wasn’t quite living up to the billing.

“Losing to Portugal and drawing with Morocco in our first two matches added to the sense that this was a nightmare unfolding before our eyes. Our captain Bryan Robson was injured, Ray Wilkins was sent off for throwing the ball at the referee and I injured my wrist.”

“In truth, our manager Bobby Robson could have dropped me for the Poland game. I had not played well in the first two matches and the media were calling for changes to the team, but he stuck with me and it was the last chance for all of us to deliver. Lose again and we were going home in disgrace, so we had to find a way to beat Poland.

“Up to that point, everything had gone wrong for us as a team and I remember walking out of the tunnel and the heat was incredible. I just turned around and went back in.

“It was not a great environment to try and save a World Cup dream, but the first goal went in for me and then the second, then the third.

#OnThisDay in 1986 England must beat Poland to reach the next round of the World Cup.

Gary Lineker scores The Most Gary Lineker Hat-Trick Ever to save Bobby Robson’s men in Mexico.pic.twitter.com/rsDBLWaE1r

“A World Cup hat-trick for me, a big win and suddenly everything around the squad changed. The atmosphere lifted, the pressure from the outside disappeared and we were on our way to the knock-out stages.

“That was ground zero for my career. I went from being a player who was well known in England to being well known around the world, with Barcelona coming in to sign me after I ended up with the Golden Boot as top scorer at that World Cup.

“My dad was happy on a number of levels and especially because he had money on me at 14/1 to win finish as top scorer.”

El Diego & the Hand of God

“Then we beat Paraguay in the first knockout round before the Argentina game that will never be forgotten due to Diego Maradona’s handball and his incredible second goal.

“Who knows what would have happened if we were not up against the greatest player I had ever seen up to that point in the quarter-final, but you have to say Maradona was just incredible that day, unstoppable.

“Take the handball goal out of the equation and his performance was just mesmeric, out of this world. He was on a different level to everyone at that World Cup.

“From feeling like we were going out in the knockout stages to coming home frustrated because we hadn’t won the tournament was a huge swing in emotions, but that is what the World Cup can do.”