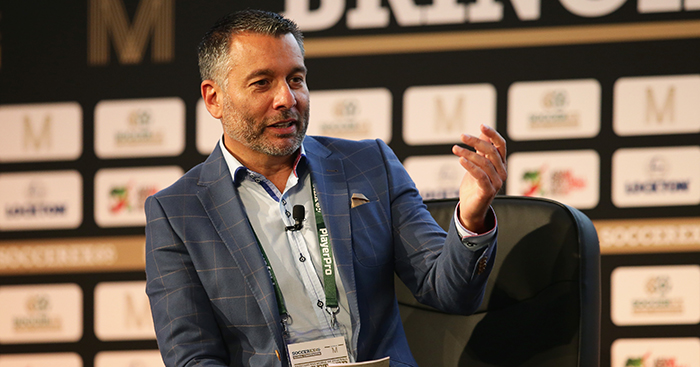 What does the chairman of a non-league football club actually do? In the case of Biggleswade United’s Chris Lewis at least, quite a lot.

In September 2013, Lewis was working as a physio for the NHS when he was asked whether he was interested in helping out at non-league club Biggleswade United.

He admits he “didn’t know anything” about them at the time, not even where they were based, but he accepted the offer anyway. Five months later he was chairman.

“When the then-chairman left, our club secretary asked if I’d be able to help out, which I agreed to,” Lewis says. “I sort of fell into the role.”

That’s something of an understatement. Physio to chairman is a rather unique route to take in football, but three years down the line Lewis is still in charge. And the club is thriving.

If you’re wondering why the name Biggleswade United rings a bell, it’s the club Guillem Balagué joined as director of football in October 2014, 10 months after Lewis took over as chairman.

What you may not know is that Balagué is still there. It was no publicity stunt.

Biggleswade remain where they were when Balagué arrived, in the Spartan South Midlands Premier Division, but both Lewis and Balagué are in this for the long haul. 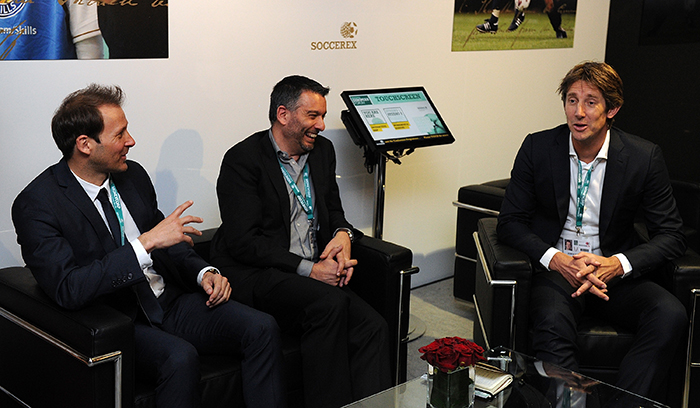 Balagué had come close to taking over a club in Spain with Gaizka Mendieta before the recession put paid to that idea, but this is something he has wanted to do for a long time.

And Lewis allows him to run the football side of things at Biggleswade without much interference.

“He’s been working on the other side of the fence as a journalist for a long period of time and has, as everyone does, views on the game,” Lewis says of Balagué.

“This is his opportunity to put all of that into practice. It’s almost becoming his life’s work because he’s wanted to do this for a long time.

“We give Guillem a lot of free reign to do what he wants to do and structure the football club the way he wants.

“That’s why he’s come on board as a director of football to use his knowledge and understanding of the game, and use the contacts that he has to do something that’s dramatically different to the way a lot of other clubs are run.”

Almost everything about Biggleswade is different to most of their counterparts in non-league.

Aside from having a physio as chairman and well-known journalist as director of football, they have invested heavily – by non-league standards – into their coaching set-up and academy structure.

As you might expect, there is a healthy Spanish contingent on their staff, with head coach Cristian Colas, academy chief Fran Constancio, fitness coach Josue Carrasco Lorca and first-team match analyst Carlos Marcos among those recruited by Balagué.

“We pay our players a lot less than a lot of the other clubs in our division because a lot of our finances go into our coaching staff,” Lewis says.

“Guillem has worked very hard to bring in the best quality coaches we can get our hands on. We have within the club two UEFA Pro Licence coaches, UEFA A Licence coaches and UEFA B Licence coaches, and on paper you’d probably say our coaching structure is one of the strongest outside of professional football.

Thank you very much for your work and your visit with us these days, @carlossportif. Now u realized how much you help to us. Keep going! pic.twitter.com/MslfHSqe4T

“That’s where a lot of our finances go because we believe that if you bring in decent quality coaches you can develop the players you have.

“It means you don’t have the uncertainty of having to spend money on players not knowing if they’re going to fit into the team.”

Biggleswade run academy teams aged from Under-7s through to Under-17s for both boys and girls, as well as an under-23 team and an Under-18 Elite Development Programme in conjunction with League Two Stevenage.

Lewis says it’s the equivalent set-up of a professional outfit and all part of the long-term plan to spend money on developing as opposed to buying players.

But what of Lewis? He is clearly passionate about the project at Biggleswade, but he still retains his job with the NHS. How on earth does he find the time to do both?

“It’s like having two full-time jobs,” he says. “When I’m at work as a physio I’m using any breaks in the day I can find to do some stuff for Biggleswade, then as soon as I finish work, if I’m not going directly to a game I’m going home and getting straight on the laptop to do more for Biggleswade.

“I’ve changed my day-to-day working life along with how the club has progressed.

“A lot of what I do for Biggleswade is stuff I’ve had to take on or assist with because people come in and out of the club and move on to do other things.

“If anyone leaves their role, I’ll probably have to pick it up and keep it going until someone else comes in. Fortunately, I’ve developed a lot of self-taught skills!”

Though Lewis is not hugely involved on the football side of Biggleswade – “I let Guillem get on with the job because he’s got a lot more knowledge and is a lot more qualified than me to decide on that side of things” – the extent of his involvement in the day-to-day running of the club is quite remarkable.

He says: “As soon as I get up in the morning I’ll read any messages from people within the club, check the notifications on Twitter, Facebook and LinkedIn to see if there’s anything we immediately reply to, and look at any e-mails that have come into the club.

“My e-mail address is the direct point of contact from the website so anything at all that comes in, whether it’s about trials, hiring the clubhouse or anything else, they come to me so I can forward them on to the relevant people within the club.

“By mid-morning I’ll have spoken to (club secretary) Tracey (James) or anyone else within the club about financial issues, then in the afternoon I’ll catch up with Guillem and the business team again to see if there’s anything I need to know about.

Read the thoughts of our chairman @mrchairmanbufc as United prepare for tonight's cup final https://t.co/MbcL5mdPRX pic.twitter.com/QQSOGgC8ID

“If it’s a matchday, by 3pm I’ll have checked everything is OK with the fixtures in case we need to pass on messages to the fans.

“I also help update the news section of the website, and a lot of my time in the afternoon and beyond is spent on social media, particularly if there’s a football match or if there’s football on TV.

“If you compare the amount of work we do on social media compared to other clubs at our level, we put a lot more effort into the type of content and the depth of content we produce.

“My view, whether it’s on the pitch or off it, is that if you’re putting in the effort and doing things the right way, the results will come. Because we’re producing more content, ultimately more people will take notice.

“A lot of my time from a financial or corporate point of view involves talking to our sponsors and various partners, finding out what they’re doing, if there’s anything they’re looking to promote soon, if we can be a part of that, and how we can help.”

Despite the innovation of Lewis and those around him, this is not the story of a club looking to buy their way through the leagues. Far from it.

“Because of our ethos, we’re interested in long-term developments whether it’s on the pitch or off it,” Lewis adds.

“We’re looking for long-term sustainability. Because of the things we’re trying to do off the pitch to complement the great work the coaches are doing on the field, it ultimately means I have to put in a lot of time and effort.

“It’s pretty much a 24-hour job for me. Apart from when I’m sleeping I’m working on Biggleswade or working for the NHS trying to pay the bills. It’s a busy life!”

What does the chairman of a non-league football do? More than most.