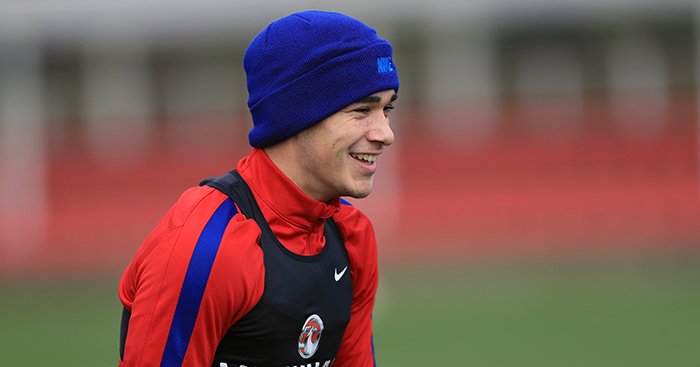 Tottenham have been privileged enough to boast some outstanding players in recent years, but one in particular still occupies a special place in the hearts of so many.

While Dimitar Berbatov was a real fan favourite at White Hart Lane and Gareth Bale will also go down as an iconic player in the club’s history, it’s Luka Modric that is still spoken of most fondly by many of the Spurs faithful.

The club have had technically gifted midfielders before and since the Croatian, but none that are quite as elegant and effortless on the ball.

Though there is a long way to go before he truly justifies comparisons, there is a real sense of hope and expectation that Spurs may have found a player with many of the same qualities from within their own ranks. That player is Harry Winks.

Before this season, to those from the outside looking in, the only real opinion of the youngster was that it was a shame his shirt number wasn’t 40.

Seven months into the current campaign and the 21-year old’s reputation is growing at some rate, and while his emergence in the first team has been gradual, Mauricio Pochettino’s faith in the academy graduate is abundantly clear. 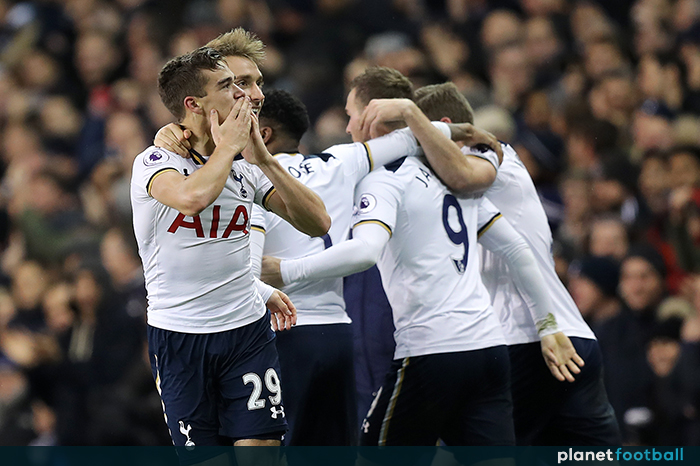 It’s been that way since the manager’s arrival, with Winks revealing that Pochettino dropped in on him signing his first pro deal at the club in the summer of 2014.

“He came in and shook my hand,” Winks told The Independent.

“He said, and I don’t know if he was being truthful or not, ‘I have seen your videos, and I told John (McDermott, Tottenham’s head of coaching and development) to sign you up straightaway.’ I was gobsmacked at the gaffer just saying that.”

NEW CONTRACT: We are delighted to announce that @HarryWinks has signed a new contract with the Club until 2021. pic.twitter.com/1r3ckspEE6

Nevertheless, Winks found playing time hard to come by last season, and despite admitting that a loan deal did appeal to him, Pochettino rebuffed offers for a player he was clearly keen to keep around the squad.

The temptation can be to loan youngsters out in order to offer them more experience, but the Spurs boss is of the opinion that his upcoming talents should be trained in his way of thinking, making their integration into the first team a seamless one.

“His quality is that he is a player that can adapt his skills in a different position. That is fantastic” – Mauricio Pochettino

That’s certainly been the case this season for Winks, who hasn’t looked out of place at all when called upon, even standing out for his now familiar proactive approach in possession.

The youngster so often looks for that forward pass to bypass the opposition midfield, a trait many midfielders are accused of lacking in the modern game – but it does not come at the cost of regular turnovers. 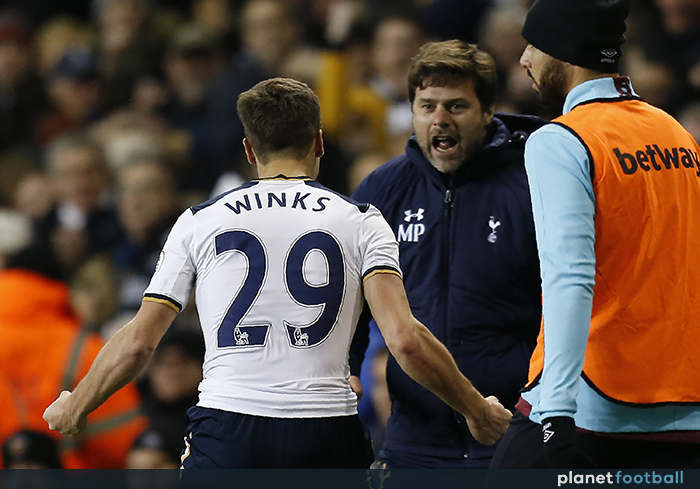 His passing accuracy for the season currently stands at 90.5% – second only to Mousa Dembele at Spurs – but it’s his willingness to pick out an attacking team-mate and to spread the play that makes the statistic truly impressive. He makes meaningful passes.

While 17 of his 19 league appearances have come as a substitute, his cameos have been far from token gestures from the manager, with 31 appearances across all competitions proof enough that Winks is a valued member of the Tottenham squad.

It’s been his role in the club’s progression to a semi-final with Chelsea that has really caught the eye, starting all four matches en route to Wembley, surely earning a fifth against their London rivals.

While Heung-Min Son stole the headlines with a hat-trick following Harry Kane’s early injury, Winks ran the show from the middle of the park against Millwall. 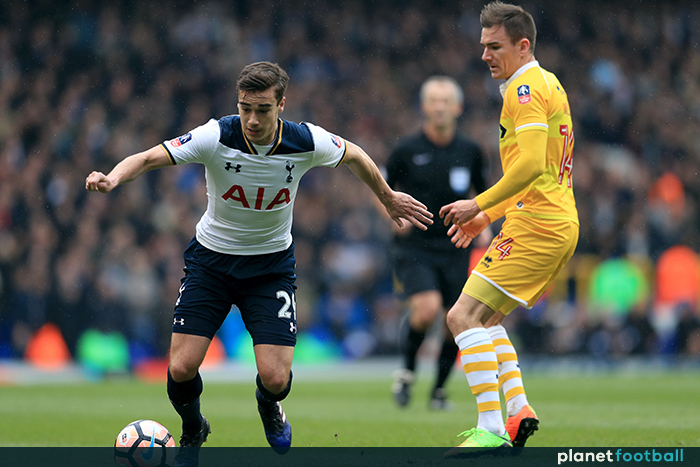 The youngster had a match-high 114 touches, and misplayed only one of 99 passes. In fact, of 297 pass attempts in the FA Cup thus far, Winks has conceded possession just 17 times.

As a result, his performances have reportedly caught the eye from further afield than one might expect, with reports from Spain suggesting their FA have been investigating whether he is illegible for La Roja due to his Spanish grandparents.

However, Winks already looks certain to make the progression to the senior England squad in time. Some might even ask ‘why wait?’ 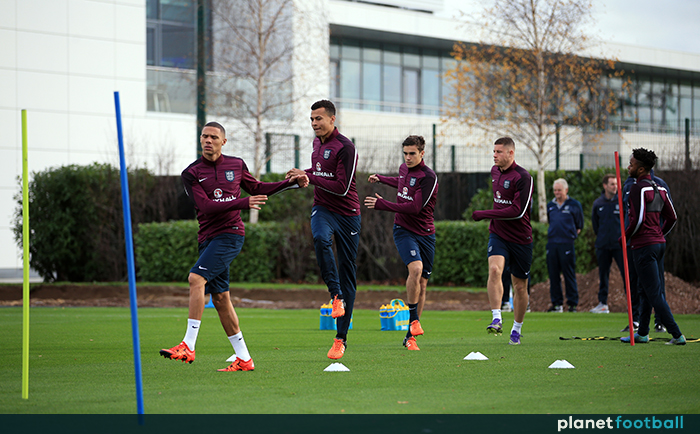 After all, Jordan Henderson looks set to miss the upcoming double header with Germany and Lithuania, leaving a vacancy for a player comfortable in possession and capable of threading passes to the attacking talents upfield.

Winks certainly fits that mould, but for the time being a more gradual progression akin to that he has been afforded by Pochettino seems the sensible option.

If Winks is to live up to the likes of Modric in a Spurs shirt he certainly has a way to go, but the signs are hugely encouraging. His slight frame isn’t holding him back as some may have expected, and his intelligence helps him evade the press, a skill Modric masters. 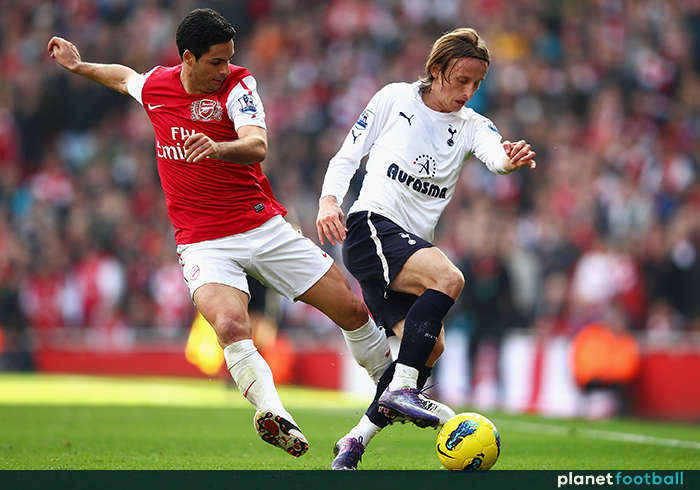 Moreover, training day in, day out with the likes of Dembele and Wanyama will only help him to stand up to the physicality of the Premier League.

Winks, a lifelong fan who joined Tottenham at five, has cited both Modric and Scott Parker as his inspirations in the white shirt. Both were huge favourites in north London, but neither had the added bonus of being ‘one of Spurs’ own’.

“He’s got that little shimmy and that can give him a yard of space. At this level, that’s what you need” – Scott Parker

He’ll be forgiven a multitude of sins as a result, but in truth there are so few flaws to the 21-year old’s game that supporters needn’t worry.

After all, the club have been polishing this gem for quite some time.