The end of a relationship is always messy.

Those final days when the writing is on the wall are generally ugly. There are parting shots, arguments and ultimately an acceptance that you’re both better off without each other.

When it finally ends there is an uneasy undercurrent of anxiety. Was it the right decision? There were plenty of good times, after all. Thankfully, time is a great healer, and with the benefit of hindsight the truth can usually be found somewhere in the middle.

Gareth Bale and Real Madrid are now dealing with these emotions as their acrimonious break-up finally reaches a conclusion.

Zinedine Zidane, Real’s fans and sections of the Spanish press have not so much as nudged Bale towards the door but kicked him out and left his clothes thrown all over the lawn.

Their grievances are understandable. Physically, Bale has seen better days. He prefers an early night to socialising. Communication is difficult. A lot of money is being spent on him. And nobody actually likes golf that much, do they?

With Eden Hazard already moved in as his replacement, Real are unlikely to even suffer from nostalgic pangs of regret, but a little time apart should see Bale painted in a much more flattering light.

It’s a new experience for the Welshman. When he left Tottenham for the Spanish capital in a world-record move in 2013, the split was much more amicable. “We’ve had some special times together and I’ve loved every minute of it,” he said upon the deal’s completion.

The Bale that joined Real six years ago was not the hardened figure we have grown accustomed to seeing in recent seasons. This was pre-man bun, pre-facial hair and pre-the constant burden of pressure and expectation. 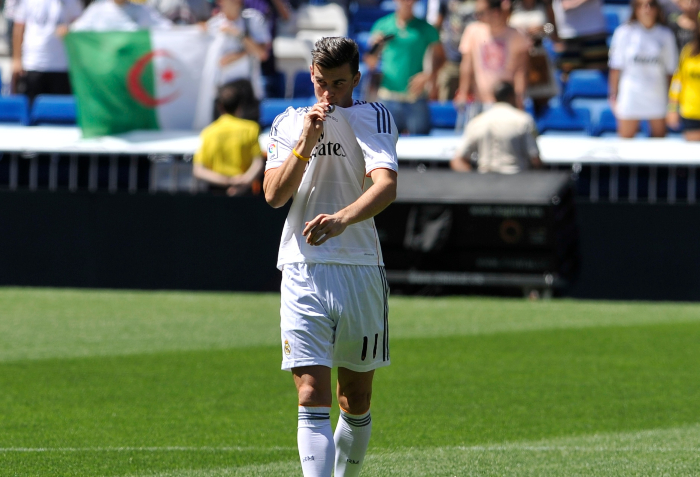 This was instead an incarnation of Bale at his explosive, Road Runner best. A dangerous recipe of innocence and dynamite.

He could take anything in his stride, namely the ball past opposition defenders, and a debut goal duly arrived against Villarreal.

But criticism has followed him around Spain ever since his arrival. Perhaps it has been unfair on occasion, yet it’s part of the deal when you agree to act in the political soap opera set in the Bernabeu. In his early days at Madrid, journalist Santiago Segurola wrote in Marca: “Bale doesn’t know how to play football. He only knows how to run.”

Whereas the Bale of recent years appears to have been ground down by the constant questioning of his worth, it didn’t seem to even register in that debut campaign.

By November of his first season, he was pulling the strings for the most prestigious club in world football, scoring a perfect hat-trick and providing a brilliant assist for Karim Benzema in a 4-0 win over Real Valladolid. Life was good.

“My team-mates have helped me to settle in straight away,” he said afterwards. “All the players, the coaching staff, everybody, has been excellent to me.

“They have made me feel very welcome and given me a lot of confidence. I feel part of the team, every game that we play I’m getting more used to it, and I’m enjoying my football. I think that showed tonight.”

Later that season, Segurola was left with egg on his face when Bale scored his famous late winner against Barcelona in the Copa del Rey final, sprinting from 60 yards around Marc Bartra to score a goal that belonged on a playground rather than El Clasico.

By this point Bale had proven he knows how to play football. But even if his most ardent critics continued to insist he only knew how to run, it was serving him pretty well.

Come the end of the season, there was no doubting whether Bale truly belonged at Real Madrid.

It’s easy to forget after Los Blancos embarked on a run of four Champions League titles in five years, taking their overall haul to 13, just how difficult that 10th victory was to achieve.

Their pursuit of La Decima took over a decade. For six consecutive years they were knocked out at the round of 16 stage, often to lesser-fancied but more-organised teams. Then followed three consecutive semi-final defeats.

Atletico Madrid had already stunned their city rivals by winning La Liga by the time the two sides lined up against each other in the 2014 Champions League final. And when Diego Godin put the underdogs ahead in the first half, Real’s wait for that coveted trophy seemed set to continue.

While the game ended with Cristiano Ronaldo typically bare-chested, celebrating a 120th-minute penalty to make it 4-1, Bale will always be remembered for scoring the gamebreaking goal, heading home at the back post after being the only Real player able to keep pace with Angel Di Maria’s lung-bursting run. 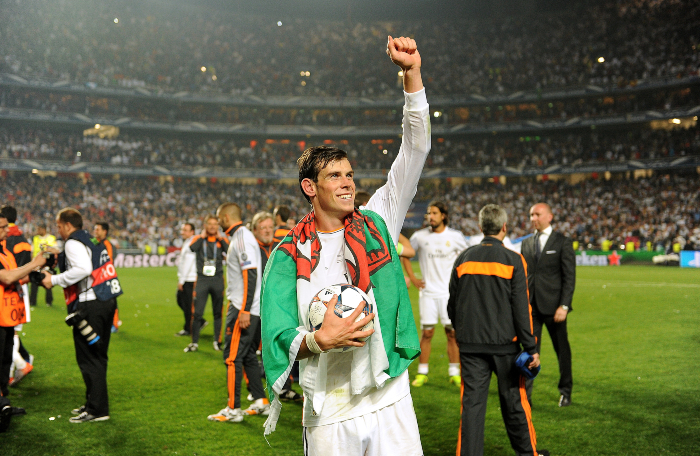 “This is why I came here,” he told reporters afterwards. “This is what I wanted to do.”

And therein perhaps lies the problem.

At the age of 24, Bale had become the world’s most expensive footballer, scored 20+ goals in his debut campaign for Real Madrid, including the winner in a cup final against Barcelona and a crucial effort in the club’s 10th European Cup victory, and had more or less played the peak season of his career.

Having established himself as the best British talent of his generation, anything else from that point on was always going to be just decoration.

But that hasn’t stopped him. While the forward has never quite reached those heights so consistently, he has added a league title, three UEFA Super Cups, three Club World Cups and the small matter of three more Champions Leagues.

His time at the Bernabeu may have been consistently disrupted by injuries – what should have been his crowning moment, the 2017 Champions League final in Cardiff, was instead a 13-minute cameo with the game already won – but whenever Real have needed someone to step up on the big stage, they have often turned to Bale. Or rather, Bale has often made himself that man.

There is an irony that his single greatest moment came when he was supposed to be finished at Real Madrid.

Named on the bench for the 2018 Champions League final after falling out of favour with Zidane, Bale was summoned with half an hour to go and momentum on Liverpool’s side after Sadio Mane’s equaliser.

Within three minutes, he had scored the greatest goal Champions League final history, with a piece of off-the-cuff genius that surpassed even his manager’s magic against Bayer Leverkusen in 2000.

Happy birthday, Gareth. We still can't quite believe you did this in a European Cup final.pic.twitter.com/jwUttWOSlB

It’s typical of Bale’s latter years in Spain that even his undisputed moment of greatness was tarnished by post-match comments on his future, turning the focus to clickbait transfer gossip and rumour mills rather than the scale of what he had just achieved.

That night may have summed up Bale’s love-hate relationship with Real Madrid better than any other, with neither party coming out looking particularly well despite the fact they had continued to re-write history together.

It remains to be seen how history will judge Bale’s time at Real Madrid. You suspect, or at least hope, a little time will allow all involved to look back fondly on this particular relationship.