Hernan Crespo is going for glory as a manager, undeterred by a Bielsa lie 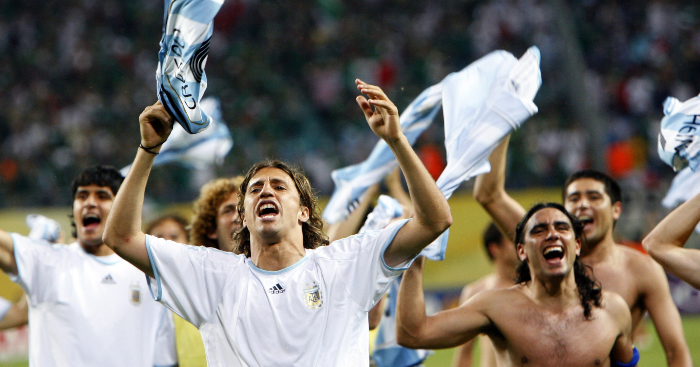 Since Marcelo Bielsa arrived at Leeds United two summers ago, there have been more than enough odd moments to cement his reputation as one of football’s great eccentrics. One of the most striking, though, came not long after he took charge.

In August 2018, Leeds dropped their two first points of his reign against Swansea, drawing 2-2 at the Liberty Stadium. In the post-match press conference, Bielsa was asked whether he at any point thought about reverting to a plan B to chase the result.

The answer was textbook Bielsa. He launched into an eight-minute monologue about the importance of never abandoning one’s principles, arguing that if he did not show absolute faith in his methods, then he could not expect his players to believe they would bring results.

He went on and on until he finally reached the point where he was ready to formally issue a public apology to, err… Hernan Crespo… for something that happened almost two decades prior. As we said, textbook Bielsa.

The story went that while in charge of the Argentinian national team, Bielsa had once lied to a young Crespo. To try to build the player up, he had told the former Chelsea man that he believed he was “a player with maturity”.

“I was trying to strengthen his self-esteem,” Bielsa said, “Giving him a skill I didn’t think he had.”

Years later, Bielsa again told Crespo that he was a mature player, unlike in his early career. Crespo recalled the previous incident, pointed out the contradiction and, from then on, stopped trusting his coach’s word. The relationship between them was broken. And that broken trust was Bielsa’s point.

The story made waves in the Argentinian media and Crespo, then between jobs while still looking to establish himself as a manager, issued a statement saying that Bielsa’s dishonesty had long since been forgiven, but the emotion was not forgotten. “The sadness was as great as the esteem I had for you,” he wrote.

READ: A tribute to Hernan Crespo, the most expensive footballer in the world for 11 days

It was possibly a little closure on the episode for both men, but more than that, it gave us a glimpse into the impact Bielsa has on those who have played for him.

Crespo has reason to dislike Bielsa. In addition to the lie, he was regularly left out of the Argentina team because Bielsa did not believe he and Gabriel Batistuta could play together.

But if Crespo disliked Bielsa, then the duplicity would not have hurt so much. Instead, Crespo was upset by the episode because Bielsa was an inspiration. In some ways, Crespo wanted to be like him. The “esteem” he spoke of was very real and, despite the deception, it remains.

When Crespo got his next coaching job, taking over at Banfield in December 2018, he was asked who his inspirations as a manager were, he picked three: “I like the team management of Ancelotti, to be very close to the players personally. The methodology of Mourinho and the personal development and improvement of the individual players like Bielsa.”

Though he might have stopped trusting Bielsa’s word, Crespo never stopped believing in the validity of the Leeds manager’s way of working – or in the idea that one must stick to one’s principles.

As Crespo told El Intransigente in 2019: “I like coaches who have a recognisable style. If you go to watch a Tarantino film, you know what you’ll get. The same with a Scorsese. I go to watch Guardiola and I know what team I’m going to see. Like with Cholo [Simeone], like with Bielsa.”

Now, like those men, Crespo is imposing a style of his own, one from which there is no deviating, no plan B.

Crespo’s spell at Banfield went awry, as had a previous stint with Modena in Italy’s Serie B, but at the start of 2020, the former striker was back in the dugout with Defensa y Justicia, a modest club from the outskirts of Buenos Aires. There, he has finally been able to show just the sort of football that he wants his teams to play.

Defensa y Justicia had already had success with a progressive coaching model in recent years, most notably under the direction of Ariel Holan and then Sebastien Beccacece. In his quest to instil an incisive, attacking brand of passing football, Crespo was coming into a receptive environment.

Still, his work has been notable. Defensa finished last season in fine form, and, after finishing third in their Copa Libertadores group, dropped down into the Copa Sudamericana, the South American equivalent of the Europa League.

It is in the latter competition that Crespo’s team have really shone and, on Saturday, they will face fellow Buenos Aires side Lanus in the final, the first continental decider in the club’s history.

⚽🇦🇷 Braian Romero with a deft touch and smart finish to give @ClubDefensayJus an advantage after the first leg! #Sudamericana pic.twitter.com/8txeqWwA9q

On the way there, they have been thoroughly impressive. After battling their way past Paraguay’s Sportivo Luqueno in the round of 32 and Brazilians Vasco da Gama in the last 16, Defensa met Bahia in the quarter-finals.

In the first leg, they went to Brazil and secured a famous 3-2 victory with two first-half goals from their star man Braian Romero. And in the return leg, after surviving a spell of Bahia pressure early in the second half, Romero scored again to put the tie beyond doubt.

Crespo’s Defensa side are full of intensity and verve, pressing the opposition high. When they retrieve the ball, they play with very well-defined interchanges of position and first-touch passing sequences that have a touch of the Bielsista ideal about them and are clearly the result of endless repetition on the training ground.

When the moves come off, they are brilliant to watch, Defensa ripping through the opposition with captivating ease. And after drawing their semi-final first leg with Coquimbo Unido 0-0, they showed that slickness again in the return leg at home.

🔝⚽🟢🟡 This wonderful effort from @ClubDefensayJus' Braian Romero has been voted the @qatarairways Goal of the Week in the #Sudamericana! pic.twitter.com/HDQlUIn7H0

After going behind early, Defensa scored four magnificent team goals before half-time. Each move perfectly demonstrated what Crespo is trying to achieve, and the best among them was saved until last, Romero applying the finishing touch for his hat-trick.

Saturday, though, will bring a sterner test. Lanus beat South American giants Sao Paulo, Independiente and Velez Sarsfield on their way to the final and are capable of playing some fine football themselves, with youth internationals like Pedro de la Vega and Tomas Belmonte proving a real threat.

But Crespo will be hoping that his Defensa y Justicia players believe in plan A enough to get them over the line. They have no reason to deviate from the style that has got them this far, so long as he hasn’t said anything to break their trust.

A tribute to Hernan Crespo, the most expensive footballer in the world for 11 days