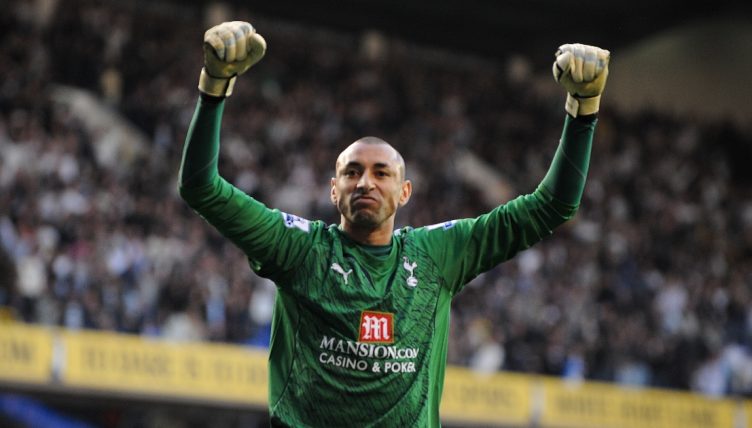 Before he arrived at Tottenham in June 2008, success was all Heurelho Gomes had known. He’d made saves of elastic-limbed brilliance for Cruzeiro and PSV on the way to winning league titles in each of the previous five seasons.

In contrast, his first few months in English football were a shock to the system.

“The pace on the ball from crosses was very different to what I was used to in Holland and Brazil.

“At the beginning, my big mistake was to play injured. I had so many problems that I’d never had before, and I tried to push myself because it was a big chance for me to impress people and show them the way I like to play.

“The first six months was the most difficult time for me because Juande Ramos said he needed me to play.”

Yet Gomes refused to hide, even when he was struggling for form. It made his mistakes all the more prominent, attracting a new level of scrutiny and criticism from pundits.

“To be honest, the pressure from outside was never a problem for me. I wanted more for myself. I wanted to show myself that I was able to play in England,” he says.

“Sometimes, you forget to prepare yourself well because you’re only focused on delivering. I was going deeper and deeper in a way that I never had before.

“We had a bad start to the season, but I never focused on the press. I used to see that people probably weren’t happy with me, or with the team, but I always tried to push myself, even if I wasn’t prepared for it physically.”

In October 2008, after Spurs had taken just two points from their opening eight games, Ramos was sacked. Harry Redknapp arrived and immediately lifted the mood around White Hart Lane. He made a dispirited club believe again. 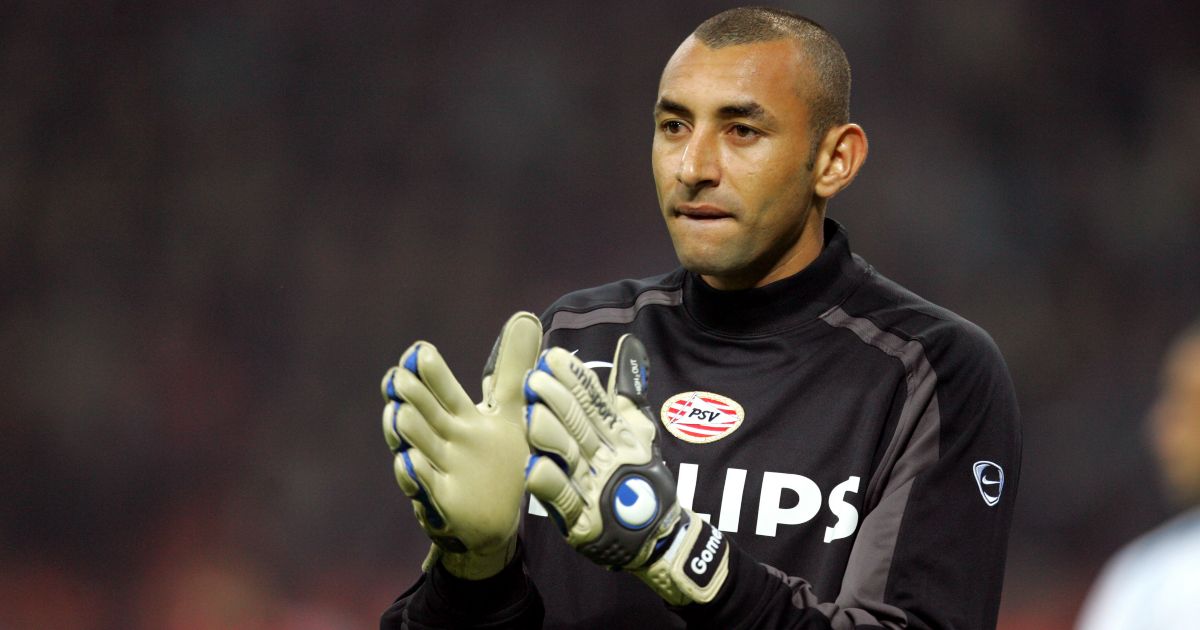 READ: Heurelho Gomes: ‘I became a keeper at 17 as I’d promised mum a house’

“He can get the best out of players. He’s a guy who encourages and motivates people. That was the best thing about him as a manager. We needed someone to motivate the squad. It was so down. He came at just the right time to do it.

“I had my problems with him, at the end especially, but I can never say that he was a bad manager. He had his own way of doing things, but he was always fair with people.”

Urged on by Redknapp, Tottenham climbed into the top half of the table and progressed to the League Cup final, losing on penalties to Manchester United. They took that momentum into the next season, qualifying for the Champions League for the first time in dramatic circumstances.

“We found ourselves,” explains Gomes. “We started to believe in ourselves and that made things easier. It’s so difficult when you play without confidence. When we started to win games and we started to realise that we were a very good team, the players started to deliver.

“I believe that was the start of the new Tottenham. Things started to change inside the club. I had my bad spell of course, but I really enjoyed being part of the club. We always had an amazing group of players and I thank them so much for helping [me] through a difficult start.”

After three years as Tottenham’s undisputed first-choice goalkeeper, Gomes was displaced by Brad Friedel in 2011. The veteran would start every league game in his first season, relegating the Brazil international to a place on the bench.

“I knew that there was going to be competition. He played and he did well. I probably lost my opportunity because of a few mistakes at the end of that good spell, but I never lost my faith. I respected the decision and, most importantly, I respected Brad Friedel. I used to push him all the way in the training sessions!” he laughs.

After a 1-0 defeat to Queens Park Rangers, Redknapp offered Gomes the chance to play but he turned it down. It was a bad decision, born of petulance and frustration, which effectively ended his Spurs career. He was frozen out of the squad as a result.

“I said ‘No, I don’t want to play for you anymore.’ I believe that was my biggest mistake because I closed the door on myself,” says Gomes.

“If my decision was different, and I didn’t have the same ego, I would have had another chance and I probably would have embraced it better than I had before because I had more experience.

“I knew the league and the club and the players. I believe it was going to be a better time for me, but because of my crazy decision not to play, I just threw away the opportunity.

“I only regret a few decisions in my career, and this was one of them. If I’d had the same mentality that I do now, I believe things would have ended differently.”

Instead, Gomes suffered in the shadows, dropping to third choice behind Hugo Lloris and Friedel. He made just nine appearances, all on loan at Hoffenheim, in his last two years with Tottenham. Fortunately, when his contract expired, Watford offered him a fresh start that reinvigorated his career.

“The time I had at Spurs was up and down. Down and up and down! [Watford] was a great opportunity to start from the very beginning and rebuild myself. To put the old bad decisions I made to the side and try to help Watford achieve what they wanted.

“They wanted someone to help Troy Deeney lead a young squad to promotion. They wanted to establish themselves as a Premier League team. It was a big challenge for us. I wanted to embrace it and things just worked. My heart was open to accepting new things.”

In a typically turbulent first season at Vicarage Road, three managers came and went before Slavisa Jokanovic finally steered the Hornets to automatic promotion, a point behind champions Bournemouth. They would have clinched the title but for a last-minute equaliser on the final day.

Gomes was an ever-present, and fast becoming a fan favourite, as Watford made their mark at the top level. Even when Ben Foster eventually took his spot, he deputised in goal as the club reached the 2019 FA Cup final, the club’s first in 35 years.

Gomes was one of the heroes as Watford beat Wolves 3-2 in the semi-final at Wembley, making several fine saves. And though Manchester City were unforgiving opponents, the final was a proud occasion for all involved.

“It was an amazing run. It was a big opportunity for me to be at Wembley again. It’s the biggest stage in English football. We did more than people expected by getting there, but unfortunately, we had City in the final. They were flying,” he says.

“My mum and my 10 brothers and sisters came to Wembley to watch the game! I really enjoyed that. We couldn’t win the title, but for Watford it was an amazing achievement.

“It’s never nice to lose 6-0 but I believe the supporters really enjoyed what the team did in that time. We did our best. I’m proud of the work that we did together.”

There were three more appearances before Gomes finally retired from playing at the age of 39. He has since moved back to Brazil and is now advising some of his compatriots on how to build a successful career in Europe. He wants them to learn from his experiences, both positive and negative.

“Watford offered me a job inside the club, but I said I needed some time to prepare myself. My main focus was to be involved in football in some way. I’m an agent and we have a few players here in Brazil. We want them to go to Europe and have an easy adaptation. I know exactly the way to do it.

“There are things I did that I tell them not to! Or things that I needed to do, and I didn’t. Like I did with Richarlison and Joao Pedro when they joined Watford and Sandro at Spurs.

“Treating them the way they needed to be treated because it’s not easy for South American players to go there and adapt so quickly. If they adapt quickly, they will deliver on the pitch, because they have the quality.”