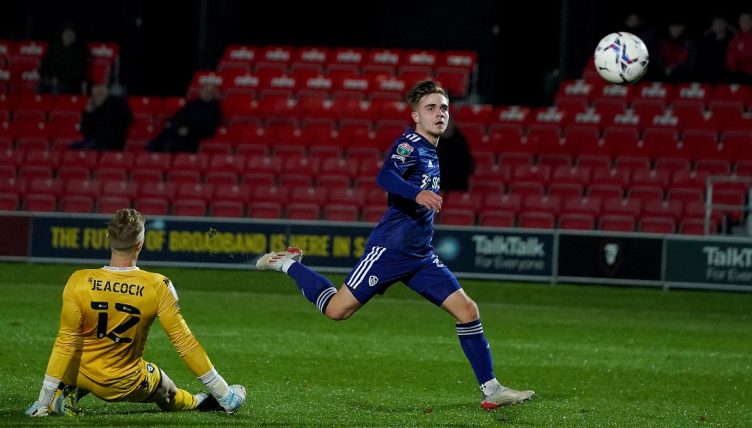 You only need to look at Illan Meslier and Pascal Struijk to find evidence of how young players can be integrated into the first-team set-up by Marcelo Bielsa at Leeds United.

Meslier, formerly of Lorient, and Struijk, formerly of Ajax, are also living proof of the influence of scouting oracle Victor Orta and the more holistic strategy that runs from top to bottom at Bielsa’s Leeds.

“There are things that make you go, ‘Why have I not seen that before, something as simple as that and how you can adapt it?’ It is phenomenal really, it has really opened my eyes and benefited me as an individual.”

“When people ask me what it’s like to work with him, there is always something I emphasise – with Marcelo, you can only learn. He questions and analyses everything to a microscopic degree, and that enhances your development.”

Meslier and Struijk were originally signed to supplement the youth ranks but have now clocked up thousands of Premier League minutes. Their experience playing under Corberan in the Under-23s proved vital for adapting seamlessly to Bielsa’s playing style, and the same is now true of Jackson’s set-up.

The likes of Sam Greenwood (signed from Arsenal), Joe Gelhardt (Wigan), Crysensio Summerville (Den Haag), Stuart McKinstry (Motherwell) and Cody Drameh (Fulham) have since continued their development by turning out for Leeds United’s Under-23s long before making their debuts for Bielsa’s first team.

It’s a track record like that that convinced Lewis Bate, one of the most promising midfielders in the country, to leave Chelsea with a year left on his contract and sign for Leeds.

Big win for Chelsea in the FA Youth Cup vs Barnsley today. #NxGn

Lewis Bate, the 18-year-old midfielder who is being tipped for first-team opportunities soon, scored the pick of the goals with this banger: pic.twitter.com/CE0N6PlVKf

No club in the country has as fine a recent record as Chelsea when it comes to producing players, with the likes of Mason Mount, Reece James and Trevoh Chalobah shining for the European champions this season.

Bate could well be the next on the list to follow in their footsteps of the many Blues prospects that have forged their own path, but he’ll have to be patient at Leeds.

The 19-year-old has been a mainstay for Jackson’s young side in the Premier League 2 this season, and he’s already demonstrating his immense talent, but a senior debut may be a while away yet.

Last season, the teenage strikeforce Gelhardt and Greenwood scored 11 and 12 goals respectively to fire the Under-23s to the Premier League 2 Division 2 title.

They were given a guard of honour by Leeds’ senior players, having frequently trained with them, but together they clocked up just 32 senior minutes (Greenwood in the FA Cup against Crawley) in 2020-21.

It’s all part of the process.

Gelhardt, signed from financially beleaguered Wigan for a cut-price £1million after Leeds were promoted in 2020, already had 19 appearances for his boyhood club before spending an entire season learning the ropes for the Under-23s.

Now the young England international is starting to make an impact for Leeds, and Bielsa has praised him as a “really exciting human wrecking ball”.

🔥 The run! The penalty! The limbs! pic.twitter.com/QOIbHhPaf1

First-team opportunities will only come when earned, when Bielsa feels they’re ready, and when the opportunity presents itself.

After all, when it comes to wearing the shirt and representing the city’s people – as Bielsa sees it – the coach can be ruthless. Brutally honest, too.

“You have disappointed an entire people, you were not up to it. You are premature millionaires,” the coach is said to have told his players in the wake of Athletic’s 3-0 defeat to Pep Guardiola’s Barcelona in the 2012 Copa del Rey final (via El Pais).

“I think it is unforgivable, boys, to mobilize a people, to then disappoint them, to fail to live up to the dreams you created.” 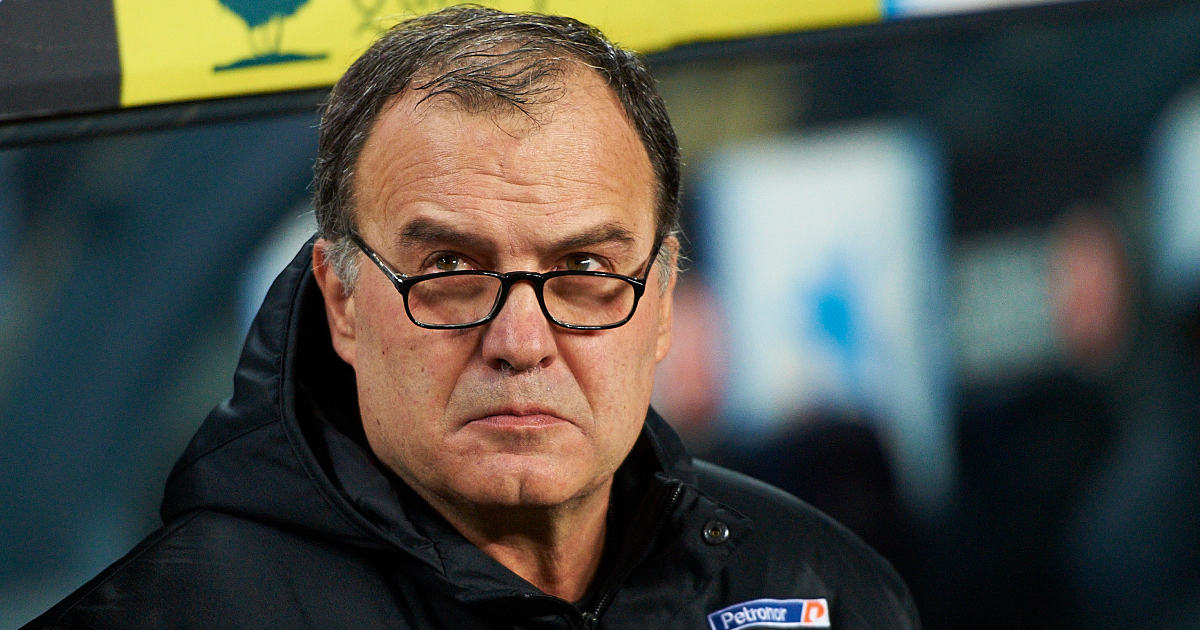 READ: Where are they now? Marcelo Bielsa’s Athletic Bilbao team of 2012

Leeds United’s manager reportedly has his assistants compile what’s written about Leeds in the press, but he is unstirred by outside noise when it comes to his decision making.

There was once a clamour for academy striker Ryan Edmondson – prolific for the Carlos Corberan’s title-winning Under-23s – to get chances amid an injury crisis in the 2018-19 campaign, Bielsa’s first in charge.

“Ryan Edmondson played 20 matches in the under-23s. What I saw was never enough to be considered for me. Even though we watch every match and we analyse to try to help him progress,” Bielsa said in one of his long and sprawling press conferences amid Leeds’ worst run of form during their promotion-winning season.

The 20-year-old has since turned out in loans at Aberdeen, Northampton and Fleetwood but has yet to make his mark. Bielsa’s assessment has been vindicated.

The same can be said for the likes of Leif Davis, Alfie McCalmont, Jordan Stevens and Robbie Gotts, all of whom earned rave reviews in Leeds’ youth ranks.

None of them made it beyond fringe status in Bielsa’s squad, and they’re each now making their way in the Football League, all of them sold bar McCalmont, who is on loan at League One side Morecambe.

Bielsa famously doesn’t allow himself to get too close to his players, but the time and effort he spends on tracking their progress and trying to get the best out of them is unparalleled; a world away from the cold shoulder treatment that Bamford received on his many loans away from Chelsea, with Alan Pardew, his manager at Crystal Palace, reportedly not knowing which foot Bamford favoured.

The 66-year-old Argentine is said to have watched 19 hours of footage of McCalmont during the lockdown in the Spring of 2020, and has continued to keep tabs on Edmondson.

“A few of the televised games at Aberdeen were watched quite closely and I know Bielsa had asked for video clips of every game I’d played in, every minute and even training games when we did 11v11s,” the striker revealed. 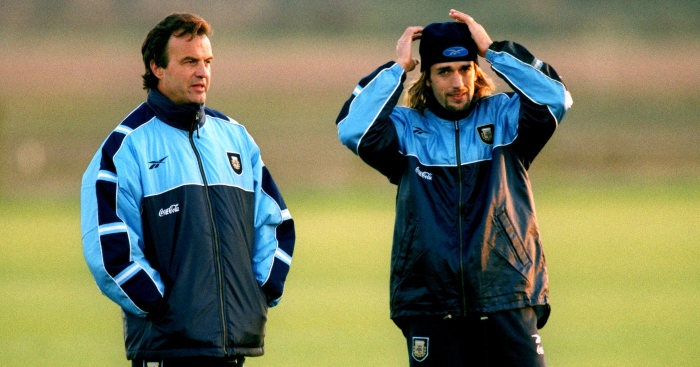 READ: 13 players on how Marcelo Bielsa made them better: Batistuta, Alexis…

The fervour for Arsenal’s 20-year-old loanee Eddie Nketiah to start games reached white-hot fever pitch in the first half of the 2019-20 campaign, while Patrick Bamford endured a barren run in front of goal.

Bielsa held his nerve, continuing to put faith in a misfiring Bamford, which resulted in Arsenal recalling their prospect in January.

Fast forward two years, and Nketiah is yet to find regular playing time, while Bielsa’s preferred choice has scored 18 goals in the Premier League. You’d have been likely scoffed at back then if you’d predicted Bamford would be the first of the two to get an England cap.

Bamford’s trajectory is similar to that of Kalvin Phillips, a son of the city and a product of Leeds academy, but one who was 22 with nearly a hundred first-team appearances under his belt when Bielsa arrived in 2018.

Far from the “Leeds idol” (Bielsa’s words) he is today, Phillips was a stuttering scapegoat, yet to establish his best position, derided by many as not good enough during the club’s long second-tier malaise.

After working under the legendary tactician for three years, he has since been voted England’s Player of the Year in a period that included the Three Lions’ first major final in 55 years. Leeds United’s ‘Yorkshire Pirlo’ had played almost every minute of that run.

Phillips is the ultimate example of what a player can achieve if they buy into Bielsa’s methods, believing in the gospel from the high priest of the high press.

It’s been a difficult season for Leeds so far, the toughest yet in Bielsa’s four-year reign.

Midfield has looked particularly dysfunctional, with last season’s Player of the Year Stuart Dallas dropping back to right-back to cover for the injured Luke Ayling, club stalwart Mateusz Klich looking out of form, and record signing Rodrigo often unconvincing in the pressing structure.

Adam Forshaw has been a revelation, but after being sidelined for two years, it remains to be seen whether he can be depended on week in, week out.

As with Meslier and Struijk, Bate could soon benefit from there being a vacancy. The youngster looks a natural fit at No.8, while unlike others his age he already looks blessed with the engine required to excel in the high-intensity style demanded.

January’s FA Cup third round would be the obvious choice to test Bate’s capabilities; the veteran coach has used the occasion to test out a number of the club’s academy players in the past three seasons.

Whenever the time comes, Bielsa has earned the right to be trusted, vindicated time and again in his judgements and decisions. Not only will it be best for Leeds, but you can be sure it will be best for the players.

All you need to know about Leeds, City & Barca-linked Mateo Fernandez