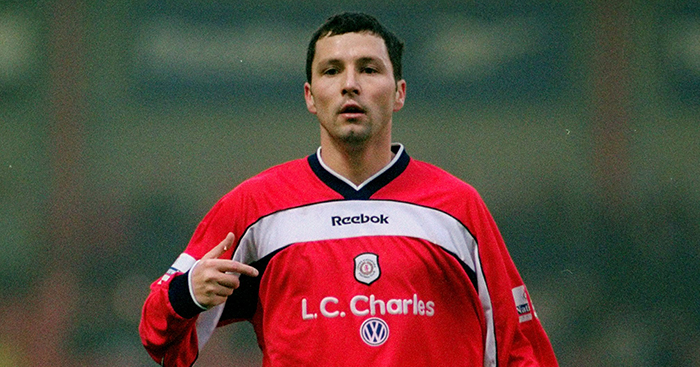 It’s only a few miles from Wythenshawe to Old Trafford – but Colin Little took the long road to joining Manchester United.

Little, who grew up on the same south Manchester patch as Marcus Rashford, is currently nurturing another generation of talent as assistant manager of United’s exciting Under-18s squad.

He previously helped forge Rashford’s scoring skills as a coach in the club’s youth ranks – and knows all about finding the net after a career that took in Crewe and Macclesfield in the lower leagues as well as the likes of Hyde, Halifax, Altrincham and, briefly, FC United further down the pyramid.

Unlike Rashford, though, Little emerged into the professional game as a late-bloomer with Crewe. And, after dodging the boots and elbows in amateur and Sunday League football, it was at Gresty Road where his football vision was formed.

“Crewe was good times,” says Little, still in good shape at 45 and bubbling with opinions and enthusiasm.

“I had five years in the Championship – incredible times against some top teams and players who went on to play in the Premiership. Fulham were unbelievable, Sunderland, Man City, too.

“I was playing against top players, and though I didn’t quite make it to the Premier League, I think I went as high as I could. I’ve got no regrets about that. 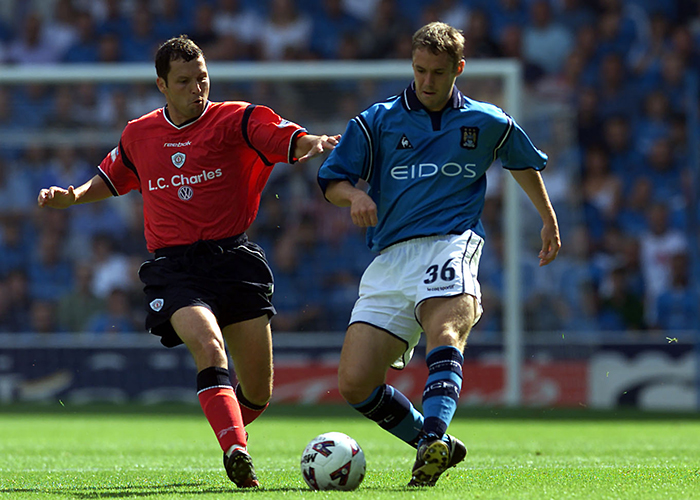 Little arrived at Crewe in 1996 already well into his twenties after non-League stints with Rossendale and Hyde.

He left some seven years later with manager Dario Gradi’s possession football philosophy firmly imprinted on his psyche – and plans to be a coach already forming in an inquisitive mind.

“Dario is from the Don Howe school and he passed it on to a lot of coaches,” says Little.

“If you ask any of the Class of 92 they all talk about Eric Harrison. For me it was Dario, playing out from the back, short passes, being comfortable in possession. I learned as a man really because I didn’t get there until I was in my 20s and he made me better.

“Dario and (current England coach) Steve Holland were passionate about that. Dario’s background was a PE teacher. Most of the best coaches I work with now have been to university and they are teachers first.

“All lot of ex-players have excellent knowledge, but the biggest thing I had to learn when I became a coach was how to teach players and communicate.”

Starting out as a coach

Little eventually left Crewe for Macclesfield in 2003, and after a season at Mose Rose and a brief spell in Yorkshire with Halifax, the following year he dropped into non-league to sign for Altrincham, for whom he scored 114 goals in 228 league games.

And it was while still playing for the Robins that he took his first steps into coaching – back at Crewe.

“At first I found it really difficult to help the players because I’d not worked out how to talk to them,” Little says.

“I had the knowledge, but I couldn’t really get my point across to the ones I wanted to help and who I thought could get better. It was frustrating.”

Still, Little secured his coaching qualifications, and in 2010 a well-placed friend led to him being offered a job in United’s Academy.

“I was playing five-a-side with some the old boys – Brian McClair, Denis Irwin and Frank Stapleton – on Friday nights,” Little says.

“Brian was the academy manager at United at the time and he asked me to get on board.

READ: The story of Liam McClair, the ex-Man Utd hope & heir who gave up on football

“The people there are the best in the world. They’ve set the benchmark for years at junior level and senior level, and I’m proud to be working with those people.

“I’ve gone into a club that has taken youth development to a new level. They have so much history with Jim Ryan and Paul McGuiness and Eric Harrison.

“They were the pioneers in the modern game for taking it so seriously. It’s so ingrained in them to get players through, like Crewe, though they had to do it to survive.

“I’m probably the luckiest man in the world to take everything I learned there and get to continue it here. It felt special that I had something to take to them.

“It’s a great time for ideas – Kieran McKenna (recently promoted to first-team duties) has come in with all he learned from Mauricio Pochettino and John McDermott at Spurs.

“It’s fantastic to take so much stuff from all of these people I’ve been around and be able to put your view into that.

“It’s a privilege. You become obsessed with it. That’s a trait of the best coaches I’ve worked with – they’re obsessive. Jose is obsessive about the way he does it, Dario was, Paul McGuiness, McKenna – it’s 24/7.

“It can take over your life. It’s not quite like that with me. I’m really happy with what I have and what I’ve done – I don’t want it to take over.

“It consumes you. What I try to do is let it consume me to a certain extent. What I really enjoy is trying to make players better.”

He is a natural enthusiast – but there are frustrations and, unsurprisingly, England’s failure to move with the times is chief among them.

“If you’re a purist of the game – for instance, if you’re watching England play Switzerland recently and they kept the ball better than England – it’s a problem.

“Some small nations – like Croatia – they receive the ball better than us just like we learned at Crewe and we teach at United.

“I remember watching the football in the pub a few years back. First was a Premier League game, then a Scottish game, then the late English game.

“There has been loads of blood and thunder and commitment and then the Spanish game came on – I think it was Valencia and Barcelona – and it was ‘turn it off. Too many passes, no tackles’.

“How we win on the international stage if we won’t evolve, I don’t know.”

If he has to wait for the national team to catch up, it shouldn’t be long before another home-grown success come off the United production line.

Rashford: “Paul McGuiness and Colin Little have been very influential coaches whilst I have been in the Academy.” #MUFC

He still advises and encourages first-teamer and England star Rashford from afar, while the likes of Angel Gomes and Tahith Chong are already catching Mourinho’s attention.

Little will keep pushing, thinking and working to improve himself and his charges.

“I’m Under-18s assistant and I’m really happy with that. I feel like I’ve got a real skill set for that kind of age group and be able to get through to them,” he says.

“I’m bursting with things I want to give them. I don’t see them as a team. We’ve got some really talented players but I just look at them as individuals and see what I can give each one.

“All you want from a player is for them to say you really helped me improve.”