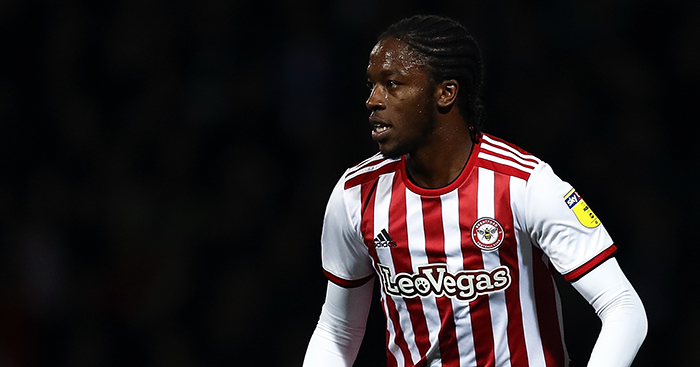 With 2016 estimates showing that less than 55,000 people populate the Caribbean islands of Saint Kitts and Nevis, it is the smallest sovereign state in the Western Hemisphere.

And with cricket and rugby the two most popular sports on the islands, it’s fair to say national football team manager Jacques Passy doesn’t have the largest of talent pools to select from.

Yet Saint Kitts and Nevis have achieved great success in 2018, with the team once again impressing in a narrow 1-0 defeat to Canada during the most recent international break.

And what is perhaps even more remarkable is that, as well as Brentford’s Romaine Sawyers, there were four more players from England included in the Sugar Boyz’ squad – all of them plying their trade in non-league.

Their star striker is former Leicester City forward Harry Panayiotou, who is currently plying his trade with Nuneaton Town in the National League North.

He is joined in the squad by Nuneaton team-mate Theo Wharton, formerly of Cardiff City, plus Solihull Moors’ Omari Sterling-James, on loan from Mansfield, and Salford City midfielder Lois Maynard.

The question is, how on earth do Saint Kitts and Nevis go about first of all finding these players and then keeping a track on their performances?

Speaking to me a few days after a 1-0 victory against Puerto Rico in the opening game of their CONCACAF Nations League campaign, Passy said there are a lot more players in the UK eligible for the Sugar Boyz than you might imagine.

As a result, the Mexican has to monitor non-league football in England closely.

“They provide daily or weekly analysis of each of the 28 players that I follow thoroughly in the UK.

However, to gain the best understanding of his national player pool, Passy endeavours to watch as many games from the English non-league pyramid himself.

“Of course, I have watched many, many games of non-league football in England and I find them to be very attractive.

“Some of the games in the National League and in leagues further down the pyramid are comparable to top divisions in other parts of the world.

“I find it very competitive. I find that the English DNA is basically everywhere. Not only in the Premier League. The approach to football is (the same) at every level, so it is very attractive to see this type of football in multiple ways.

“Not only in terms of football but also in the way players go onto the field and are incredibly intense from minute one until the very last minute.”

Considering the size of the Saint Kitts and Nevis islands, it is frankly remarkable that there are 28 players currently playing in England alone that are eligible to be called up to the squad.

But finding these players a huge group effort and can involve a deep dig down into ancestry records and intensive background research into a player and his family.

Passy has a team of people who do family tree research and scouting work across the globe in order to help him find potential new recruits to the national team and he constantly stays connected with his ‘ambassadors’ through WhatsApp and social media.

One of Passy’s closest allies in the United Kingdom is Lincoln Moses, who works as the UK Heritage Head Scout for the Saint Kitts and Nevis Football Association. The experienced coach and community champion has been awarded an MBE for his charity work in grassroots sport across Birmingham.

His LinkedIn profile describes him as ‘the representative of the SKNFA in England, seeking to identify players of Kittitian/Nevisian heritage who could make a contribution to the development of football in St. Kitts/Nevis.’

Speaking about the process of finding players, Passy says: “It’s one of the biggest tasks I have as head coach and manager of Saint Kitts and Nevis.

“It’s obviously a huge task because not everyone knows the heritage of every player. So sometimes you have to go deep down to third or fourth generations and start co-relating last names, where they were born and families.

“I’ve had enormous players that I’ve brought to the national team and some of them didn’t even know that they could be eligible.

“Some players have grandparents that are born in the country, but they are not perfectly conscious that that makes them eligible to play in the senior national team of a different country (than England).

“The task is monumental and it is an ongoing task that I have myself and I do it with my coaching staff and with these ‘ambassadors’ back in the UK who help us find these players at all levels.”

In October, Passy’s side recorded an emphatic 10-0 victory over Saint Martin in the CONCACAF Nations League, with all five of their Engand-based players getting on the scoresheet.

The future looks bright for the Saint Kitts and Nevis national team – and Passy will keep on scouring the English non-leagues to keep it up.