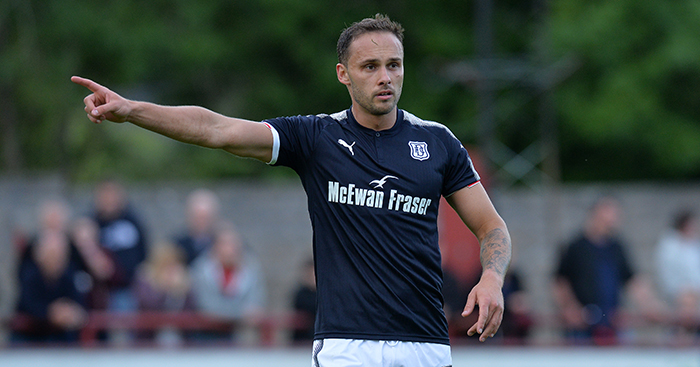 Tom Hateley has emulated his father by becoming a professional footballer and has even followed him in playing abroad – but in rather less glamorous surroundings.

Hateley’s dad, Mark, was a rampaging bull of a centre-forward, starring for numerous clubs including AC Milan, Monaco and Rangers, and also winning 32 England caps.

And Tom has followed in his father’s continental footsteps by turning out for two clubs overseas – but rather than heading to Italy or France, he’s now experiencing his second spell in Poland.

Hateley, who was born in Monte Carlo during his dad’s time with Monaco, signed for Piast Gilwice in January 2018 following a successful two years with Slask Wroclaw.

But while he might not have enjoyed quite the level of success as his dad, it was almost inevitable that he would become a footballer, with his grandfather also enjoying a successful career as a centre-forward for clubs including Liverpool and Aston Villa.

“I guess playing football was something I was bound to end up doing,” Hateley says.

“I was going to watch my father every week growing up and going into training with him, so I had a very fortunate upbringing in that sense.

“It was never something that was forced up on me or anything like that, but being raised in that environment I guess it was inevitable.”

Unlike his dad and grandfather, Hateley is more of a defensive player and has spent the majority of his career at either right-back or in midfield.

“If I was a striker and had the pressure of scoring goals like they did, then I think I would feel the pressure a lot more,” the 28-year-old says.

“I am a completely different player and I think that helps, but the Hateley name is something I’m proud to wear on my back.”

Hateley, who spent his early years in Glasgow and supporting Rangers, began his career as an apprentice at Reading.

He made 15 appearances during a loan spell at non-league Basingstoke Town in 2008, but his time at Reading didn’t go to plan and he was released in 2009.

It led to him returning north of the border that summer when he signed for Scottish Premiership side Motherwell, with whom he enjoyed a hugely successful four years, helping them qualify for both the Europa League and Champions League play-offs and qualifying rounds under Stuart McCall. 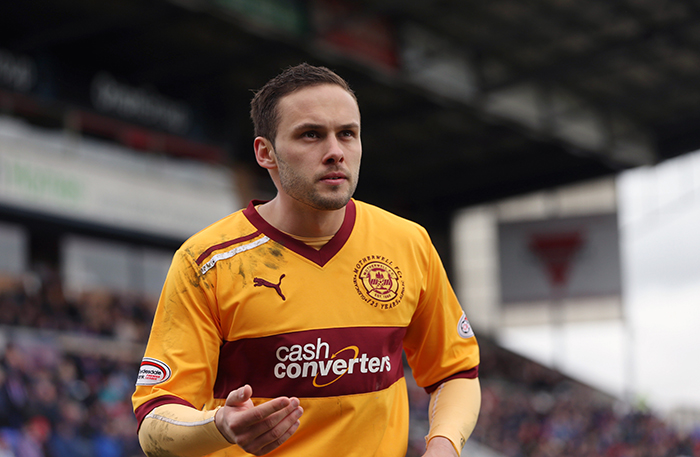 “I loved my time at Motherwell,” he says. “To leave Reading and go straight into first team football in the Scottish Premier League was amazing.

“I hardly missed a game for four years and, as a young player, games are what you need.

“It was a very successful time for the club in terms of league positions, cup runs and European games, so I am glad I could be a part of that and help the club.”

Hateley’s move to Wroclaw, in western Poland, came about in the summer of 2014.

“Slask called my agent and asked if I would be interested,” he says. “My wife and I flew over to have a look and I signed soon after. Playing abroad was something I had always wanted to do.

“Living in Poland is obviously different than being back home in London, but it is something you get used to. Once you have sorted a place to live then it doesn’t take long to settle in.

Hateley, who is married to Hannah, is something of a rarity in Polish football as he is only the third Englishman to ply his trade there after Eddie Stanford, with Legia Warsaw, and Rashid Yussuff, who spent two seasons with Arka Gdynia.

And, in his first season with Slask, Hateley was part of a squad which finished fourth in the Polish top flight, meaning they reached the qualifying stage of the Europa League.

Thanks for your tweets…Buzzing to get another 3 points last night 👍🏼👌🏼⚽️ #WKS #Śląsk #Wrocław #Winning #Wroclove pic.twitter.com/rWjP66NCQm

Sadly, they went out to IFK Gothenburg in that competition the following season, but Hateley – who worked for three managers in just two seasons the club – thrived in midfield.

“I would describe myself as an all-round central midfielder,” he says.

“I like to play as a number eight, getting around the pitch and making tackles, but also getting on the ball and having an influence on the game going forward.”

While at Slask he was close to Scottish full-back Barry Douglas, who was playing for Lech Poznan and is now part of the Wolverhampton Wanderers’ side which has recently been promoted to the Premier League.

“We used to chat a lot when we lived here and we met up a few times, but now I think I must be the only British player in Poland,” Hateley says.

To Scotland and back

Hateley’s final campaign at Slask was not as successful as the club limped to a mid-table finish and he left at the end of the season to go back to Scotland with Dundee, where he signed a two-year contract.

He stayed at Dens Park for just 16 months, though, as an offer to return to Poland, with Piast, came up.

“I decided to come back to Poland because it was the best decision for my football career,” Hateley says. “I feel European football suits my style of play more than in the UK.

“At an age where I am coming into my best years, I want to be playing at the highest level and giving myself the best opportunity to keep improving.

“I got the opportunity to come back and didn’t hesitate.

“My representatives were talking to clubs across Europe, but as soon as Piast called they were serious straight away and I appreciated that.

“When I was in Poland previously I remember Piast being a very good side so when they called I was excited to get a deal done and get started.”

Hateley is out of contract in the summer, with the team currently struggling, but settled in the central European country and able to speak enough Polish to communicate with team-mates, he admits it would take a special offer to tempt him back to the UK.

“It’s my home, but it would have to be the right standard,” he says.

“I still have my best years ahead of me so I wouldn’t want to sacrifice playing at the best level I can just yet.

“I believe I can play at a very good standard in the UK, but we will see in the future.”

Liam McClair, the ex-Man Utd hope & heir who gave up on football

The story of the ex-England U18 star who’s played in Poland, Malta & Iceland