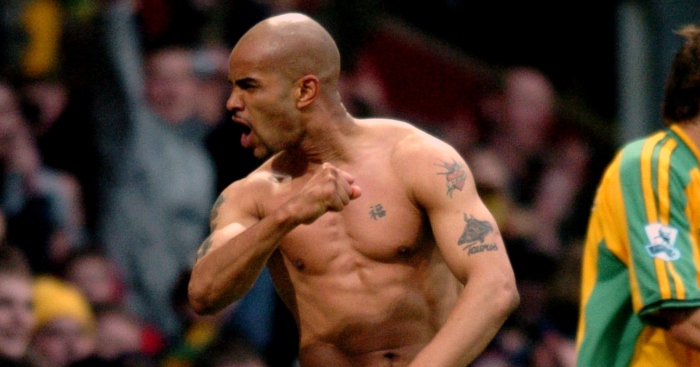 Leon McKenzie has been closely following the conversation around mental health in football, and he knows something has to change.

McKenzie has seen discussions ramp up around major events and promotions, from mental health awareness months to outpourings of support when players like Aaron Lennon laid bare their personal struggles, but the former Norwich City and Crystal Palace striker knows we still need to do more.

The 40-year-old has first-hand experience, too, having made an attempt to take his own life during some of the lowest moments of his playing career, and he knows depression and anxiety don’t go away when nobody is focusing on them – indeed, that’s the moment at which we arguably need to be giving sufferers even more support.

“We can’t just keep having mental health month for one month and then forget about it for the rest of the year, it doesn’t work like that,” he says.

“You have to consistently keep plugging along to get progression to save lives. It can’t just be one day here, a month here, and then that’s it. Or we shouldn’t wait for a sad tragedy to happen for us to act.

“It’s all about prevention now, and that’s the true value in trying to progress through all this. There’s too many people who are like, ‘Let me support [mental health awareness] because it seems to be the right thing to do.’

“No – take things seriously. There’s real people suffering out there, day in, day out.”

With more than 250 games across the Premier League and Football League, McKenzie’s career had more highs than some of his peers.

He scored his first career goal as an 18-year-old at Crystal Palace and made his Premier League bow while still in his teens. Yet even when things looked rosy on the pitch, he was struggling in silence off it. 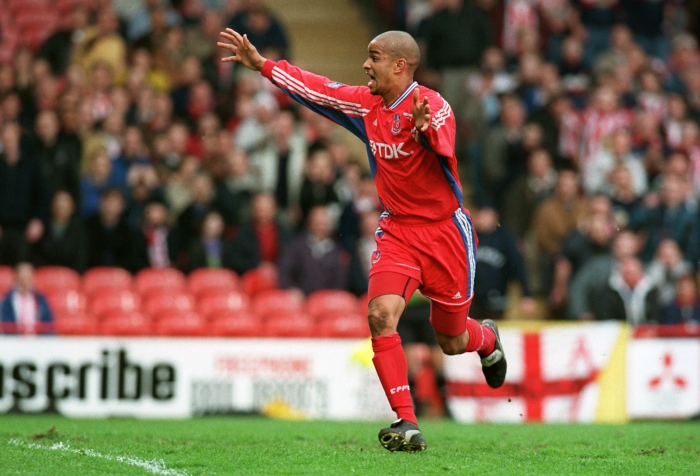 Everything came to a head during his time at Charlton. Struggling to recapture his best form after a devastating Achilles injury, and with further injuries leaving him at risk of not being able to keep doing what he had been doing for his whole life, he tried to end it all.

This mindset has seen him speak about mental health at workplaces around the country and begin working with Samaritans, where he is one of the public figures involved in the ‘Real People, Real Stories’ campaign, encouraging men to speak out if they are struggling.

McKenzie followed his football career with a stint as a professional boxer, another sport where the idea of male vulnerability almost feels like a dirty word, and through public speaking at workplaces up and down the country he has learned no one industry is immune to the same problems.

“It doesn’t really come down to the industry you’re in, because as human beings, a man working on a construction site or stepping onto a professional football field, we’re both the same in that respect because we’re both men,” he says. 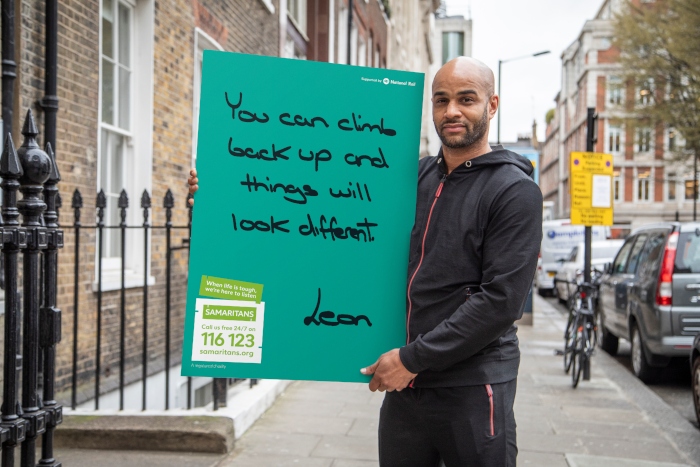 Retirement can provide its own unique challenges, especially at the end of a football career which – in many cases – can begin before you’re a fully-formed adult.

He notes that the huge majority of footballers don’t have a full say in when they step away from the game, be that due to injuries forcing their hand or the calls from clubs to their agent’s phone becoming fewer and further between. McKenzie himself was forced further and further down the pyramid, ending his career in non-league football, but some players don’t even have that luxury.

“If you’re not getting into something you’re going to be passionate about, or if you don’t have that routine of what you’ve done for so many years, of course it’s going to affect you.

“That’s why preparation is key; that’s why I go in and speak in all of the football clubs and other industries, because I believe planning is a big key, preparing to understand when time’s up and you have to finish, and also being prepared and able to deal with when it does, because a lot of us don’t, I can assure you.”

We might see some ex-players move into punditry or coaching, but for every one who finds that path to remain in football, there are dozens who won’t have the opportunity – including many who might prefer to stay around the game but have struggled for opportunities.

The reality of the situation is, as with those playing professionally, supply and demand are hugely out of sync. The problem with chasing a dream is that even those who attain it will need to make plans for what happens when they wake up.

"You can climb back up and things will look different."

Former Premier League footballer and boxer, @LeonMckenzie1 shares his story to encourage other men to seek help if they're struggling to cope https://t.co/d9imUCLZvw #RealPeopleRealStories pic.twitter.com/xTZXJCQZa7

We’ve heard stories of bankruptcy, addiction and other struggles when players retire, but the contribution of a sudden lack of routine and preparation is only part of the story.

Football fans will often speak of their Saturday afternoons as a kind of escapism, but the same can be true of those playing the game: for one afternoon a week, they are able to forget about anything else in their life during the 90 minutes when they’re out there on the pitch.

During his playing days, McKenzie was able to use football as a mask, admitting that some of his best and most focused performances for Norwich in the Premier League came when divorce and pain meant everything away from the field was at its most difficult.

“I think sometimes in life we can have our focus on things that may take our mind off the real issues. When that focus is taken away, that’s when the real issues can come out and affect us.

“I was a fantastic actor. I became a good actor, really, because how I was on the outside was so different to when I was going home.

“I just hid it, and that’s what men do – it’s kind of an ego, self-pride thing that we hold. We’re supposed to be strong, we’re not supposed to be weak.

“Well I’m telling everyone that I cry and I have emotions and I do miss my children. All these simple things that can emotionally affect us, there’s nothing wrong with men feeling that, there really isn’t.”

McKenzie speaks of a fear of confiding in team-mates at the time, in part because he didn’t feel he could risk getting an unfriendly response and isolating himself even more.

Now, though, after being on the other end of the conversation, he has no doubts about the value of both speaking and listening.

During a phone-in on talkSPORT, McKenzie took a call from a man struggling with his mental health, who had tried to take his own life, and reached out live on air to share his own experiences.

Staying true to his word, he reveals he has remained in contact with the caller and speaks of his bravery at taking that first step and making the call.

Mark called talkSPORT for advice.@LeonMckenzie1 stepped in to help.

One of our most powerful ever calls 👊@talkSPORT x @Samaritans pic.twitter.com/c7gTSnNaYq

“I might not have all the answers, but what I do have is support and giving a bit of advice from my own experiences,” he says.

“At the same time there’s following up from that – I met the gentleman, and I’m in touch with him and supporting him, and from this he’s holding on, he’s doing well. All these things are crucial and worth taking into account when there are so many people who are going through this who aren’t brave enough to speak, who can’t bring themselves to come forward.

“That’s why I speak today, it’s about trying to give people that confidence to come forward and understand there are so many resources out there.

“I think everyone has a value, like the gentleman who called up to TalkSport – he can take this phone call and now, if he’s speaking to someone who’s feeling like where he was, now he’d be able to understand and maybe pass on and provide help that I’ve passed on to him.”

Samaritans’ ‘Real People, Real Stories’ campaign shares real stories from men who have been through tough times to encourage other men to seek help.

If you have been affected by any of the issues in this story, you can get in touch with Samaritans on 116 123.

Watch: Leighton Baines discusses how he maintains his mental health