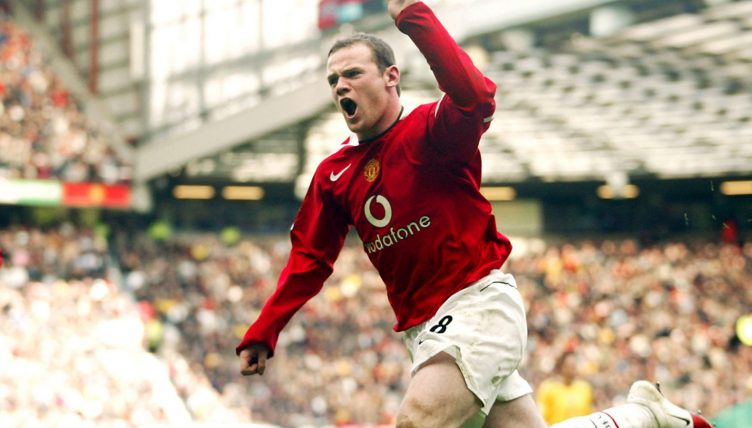 Wayne Rooney ended a 16-year Premier League career on the back of a couple of unspectacular seasons with Manchester United and Everton – but we shouldn’t forget how good England’s record goalscorer was at his peak.

Rooney scored a respectable 10 league goals in his 12 months back at Goodison Park, but none after December.

Having scored only 13 league goals across his two final seasons at Manchester United and been pushed out of the England reckoning, there is a danger of Rooney’s legacy being tarnished, with the former England captain ending his career with spells at DC United and Derby County, where he has since taken over as manager.

Particularly in his early years, Rooney was one of the most feared strikers in the game. His pace, energy and downright determination to have the ball saw him go on runs where he would bulldoze his way through defenders and score spectacular goals, many of which are still replayed today.

The one common denominator in any goal, of course, is the poor goalkeeper who has to pick the ball out of the back of the net, and there are many around the world who were on the receiving end of Rooney’s talents in front of goal.

Switzerland international Jorg Steil was between the posts at Euro 2004 when Rooney burst onto the international scene. The teenager was being linked with every major club in England when he scored his first two major tournament goals against Steil’s Swiss team.

“Wayne Rooney was not really famous at that time,” says Steil. “We spoke about David Beckham and the others, these were the players you knew about.

“When we played against England, Rooney was still a teenager, but after our game Rooney was known all around the world.

“He was a really aggressive player. I remember a situation with a long ball, I came out for it and he left his right foot against me. I was like, ‘What an asshole!’

“But that was how he was and that’s what made him who he is. He was technical, he was fast, and I remember the second goal when he flew forward and scored a goal against my head!

“I was never the type to think too much about the other team, whoever they had. Beckham, Gerrard, Zidane, Totti, it didn’t matter. One player was never a thing for me, but after the game I knew who Wayne Rooney was.”

Rooney would go on to sign for Manchester United at the end of that summer and would score spectacular goal after spectacular goal on his way to breaking Sir Bobby Charlton’s record in 2017.

Many Premier League goalkeepers suffered at the hands of Rooney during his first few years at Old Trafford, but few more than Watford’s Richard Lee.

With Ben Foster the club’s No.1 during their first season back in the Premier League, it was left to Lee to stand in against United with Foster, on loan from United, ineligible.

It meant Lee experienced first-hand what Rooney could do in a 4-0 defeat to United in the league at Old Trafford and then a 4-1 defeat in the FA Cup semi-final at Villa Park.

“I was a Man United fan as a kid so in general it was surreal playing against them in general,” Lee says. “Like any player you do your homework and your analysis and I was aware of what Rooney could do.

“The goal he’s scored past me at Villa Park, I don’t think I’ve ever faced a shot quite so hard. He absolutely boomed it in the top corner, and he’s lobbed me at Old Trafford with a beautiful finish.”

.@WayneRooney has three goals in three #MUFC games against Watford, including this fine finish in 2007. pic.twitter.com/6tLABjnPsJ

Despite doing all the homework in the world, Lee says there are some goals you simply can’t do anything about.

“You base a lot of what you do on percentages. The problem is that goal at Old Trafford is a good example of when you can’t do anything.

“He’s about 15 yards out so as a goalkeeper you come out and try and make yourself as big as you can. That’s what I did but he put it so high that it would have probably dipped over me even if I’d been stood on my line.

“That’s where he’s clever, I think he was aware of what a goalkeeper was going to do. It was like a game of chess.”

Lee was beaten at his near post for the goal in the cup semi-final, something which often leads to a goalkeeper being criticised, but in this case the Watford man felt he could be excused.

“I was beating myself up a bit during the game but when I watched it back I just thought, ‘I don’t know what I could do differently,’” he says.

“My position was good and I just didn’t have enough time to react, it was past me in a split second. I’ve watched it over and over and I just don’t know how he generates that power.

“I kind of made peace with it and accepted there was nothing I could do. I could face that shot 100 times and I don’t see myself saving it.”

Another goalkeeper who found out just how deadly Rooney could be was Reading and USA goalkeeper Marcus Hahnemann a season later.

After keeping an impressive clean sheet at Old Trafford on the opening day of the 2007-08 season, Hahnemann looked on course to frustrate Rooney again at the Madejski with the game poised at 0-0 and only 15 minutes to go.

Then Rooney cutely flicked a Carlos Tevez pass into the far corner, giving United the win and leaving the American with little chance of making a save.

“He was strong, he was fast, the skill he had, he had everything,” Hahnemann says. “His power and his willingness to run and close down and then his quality of finishing.

“He was scoring goals from 16 years of age. I’m coaching high school kids now and you put that in perspective. You’ve got kids who are 17, 18 and you tell them stories about players like him and it’s pretty remarkable the impact he had from a pretty young age.”

Rooney wasn’t the only superstar in United’s team at that time, of course, and Hahnemann laughs recalling the time Reading manager Steve Coppell was preparing the Royals for a game against the then-champions.

“I still remember we were having a team meeting and watching videos of Cristiano Ronaldo and Rooney,” he says.

“Steve Coppell turns to our captain Graeme Murty and goes, ‘Okay Murts, he’s going to be playing on your side so you’re probably going to be marking him the whole game.’

“We were all just laughing because it was just so surreal we were playing against the best players in the world. The combination of Rooney and Ronaldo, you were just like, ‘You’ve got to be kidding me.’”

Hahnemann echoes Lee’s sentiments that you can prepare and prepare for a player and a team, but it could all go out of the window pretty quickly on the pitch against Rooney.

“There’s no way you can prepare. You try and keep it tight and you could have the best game of your life, but there’s nothing you can do sometimes. He’d chase everything down, whether it was a ball from his own team-mate or a back pass.

“I kept a clean sheet against them on the opening day and that’s probably still one of the highlights of my career. I made something like 20 saves, the pressure they put you under was crazy.

“I did dribble past Rooney once by the way! I didn’t mean to, I had nothing else. I was outside the box and was just going to clear it up the line, but he just completely closed me down and the only thing I could do was chop him.

“He slid in to try and block it so I had to cut past him, he goes flying past me and I take a half glance back and he’s already up.

“I cleared the ball and I remember actually apologising to him. I was like, ‘I’m so, so sorry.’ I told him I didn’t mean to do that, but I just couldn’t believe how fast he closed me down.”

It’s fair to say Wayne Rooney probably didn’t apologise for the goal he scored past Hahnemann later that season – or any of the other 207 he scored in the Premier League.

He might not have finished on a high, but anyone who faced him at his peak will always remember just how good he was.

This article was originally published in 2018.

READ NEXT: Where are they now? The England team on Wayne Rooney’s debut