Ian Holloway: I didn’t evolve quick enough as Blackpool boss in the PL 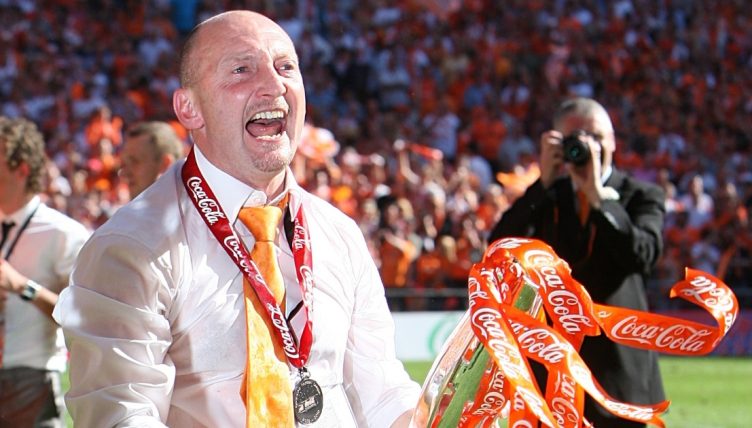 With close to 25 years in the dugout, few managers have experienced the depths and development of English football quite like Ian Holloway.

A coaching career began as Holloway transitioned away from a 20-year playing career, returning to his boyhood club Bristol Rovers for a third and final stint — as player-manager — in 1996, while they were competing in the third tier.

Eight further jobs at six further clubs have followed near-uninterrupted over the past two decades, spanning all four tiers of the English professional game.

Like an anorak groundhopper that’s lived and breathed it as his livelihood, Holloway has firsthand experience of everything, from taking on Manchester United and Liverpool in the Premier League to taking charge of Grimsby Town in behind-closed-doors matches at Stevenage, Walsall and Tranmere.

Fourteen years into his managerial career, and 30 years since he first made his debut for Bristol Rovers, Holloway was thrust into the limelight. Leading underdogs Blackpool to a 3-2 victory over Cardiff City in the 2010 Championship play-off final, the club were promoted to the top-flight for the first time in 40 years.

“I didn’t have any idea what it would be like,” Holloway says, reflecting on Blackpool’s rise a decade later.

“The realisation at the end of the match, waiting to go up the steps at Wembley – which is something I dreamed about doing as a player; I only did so in the [1990] Leyland Trophy final, and we lost.

“To actually do it as a manager, going up those steps having won promotion to the Premier League, it was quite surreal, to be honest. Absolutely, totally and utterly breathtaking. Time almost stood still as I got up there and looked at that horseshoe of Tangerine joy.”

Charlie Adam can hit a football quite hard. This is him scoring a crucial goal on the way to victory for Blackpool in the 2010 Championship play-off final.pic.twitter.com/7eT4Uhqvsp

After the celebrations, Holloway’s attention immediately turned to making sure Blackpool were able to compete in the Premier League, not just make up the numbers.

Widely written off, they were tipped in some quarters to be the worst side in Premier League history, with one infamously disparaging spread in The Sun.

“I didn’t feel that was fair. So I used that with the players, saying, ‘This is what they think of us.’

“I’ll never forget, they had the Blackpool Tower and the managers’ faces clinging to it. Well, I wasn’t even on the tower. They had me on a parachute off the tower. It gave me a raving hump to be honest.”

Fuelled in part by a desire to silence their critics, Blackpool got off to a roaring start, leading by three goals at half-time of their opening fixture away to Roberto Martinez’s Wigan Athletic, eventually cruising to a 4-0 away win.

The thud of reality soon hit with a 6-0 thrashing at Arsenal and a 4-0 defeat at Chelsea, quickly underlining how stratified the top flight was and remains today.

But Holloway remained determined for his side to compete on their own terms, in the attacking, possession-focused style that got them there, long before Swansea City, Bournemouth and Marcelo Bielsa’s Leeds United arrived with non-negotiable front-foot approaches.

“We spent 12 months actually working on what I felt was right and why. It was more about after losing the ball, what we wanted to do, to try and win it back quickly.

“We did have a possession-based game and really it’s not ideal to go up into the Premier League because they’re all better than you. Manchester United, Liverpool, Arsenal, Chelsea – they take some stopping, getting anywhere near them.

“We didn’t know anything else. I couldn’t go away from what got us some success, and I think that was the key, the supporters joined in and thought, look at these lot having to go.

“What else could you do? You couldn’t suddenly go parking the bus. It wouldn’t have suited my players, and it wouldn’t have been anything to do with what I was trying to make them believe.”

Having finished in the last play-off place and recording their highest Football League finish in 39 years, Blackpool beat Cardiff 3-2 at Wembley to reach the Premier League.

Ian Holloway knew his side could outscore Cardiff. And he explained how… pic.twitter.com/BJ4WRapaqL

“One of the managers did ask me, ‘What are you going to do when you can’t dominate possession?’ That was Arsene Wenger. I said, ‘Well, probably lose.’ But in my career I had to learn.

“Crystal Palace didn’t really want to have the ball, they wanted to counter-attack, so the next time I saw that manager, I actually told him what I would do, which was, ‘Study your passing patterns, block you off, win it back and counter-attack.’ And he went, ‘Oh, well done.’

“As a manager, as a coach, you have to evolve. Unfortunately for Blackpool, I didn’t evolve quick enough to stay up.”

On the final day, the Tangerines held a 2-1 lead over title-chasing Manchester United with an hour on the clock but lost 4-2, confirming their relegation on 39 points. Queens Park Rangers, Aston Villa, Hull City, Sunderland and West Brom all stayed up in subsequent years with lower tallies.

Holloway took Blackpool back to Wembley in their first season back in the Championship, but they lost their second play-off final to Sam Allardyce’s West Ham, and from there the club started to tumble down the Football League amid a bitter rift between the club’s supporters and its controversial owners, the Oyston family. 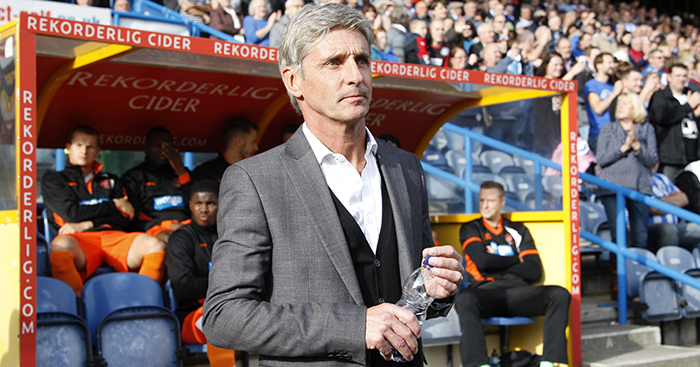 “My working environment at the club was probably the best I’ve ever found. That was because the man told me the truth. Karl Oyston told me, ‘You’ll never get anything out of me — if you want something you’re going to have to ask for it and I’ll normally say no.’ So I knew where I stood with him.

“Unfortunately, in the end, when we had success, when we had the money, when it went into the club, there were loopholes and things. I had a rolling contract, and that was the whole point of it – he was used to selling his managers.

“He was a huge part of Blackpool at that time. And I’m sorry it ended like that for the fans, because no one should be boycotting their football club.”

After leaving Blackpool, Holloway led Crystal Palace to the top flight, where they’ve remained for the past eight seasons. But he was sacked after they suffered seven defeats in the first eight matches of their maiden campaign back in the Premier League.

A stint at Millwall and then a return to Queens Park Rangers followed before he was appointed as Grimsby boss in December 2019.

The lower end of the Football League was already in a precarious financial state before the world turned upside down three months into his tenure at Blundell Park, as a lack of gate receipts really started to bite those at the foot of the pyramid.

The 58-year-old coach resigned amid a takeover just before Christmas, not quite reaching a full year in charge of the Mariners, who are fighting tooth and nail for their Football League status.

“Football without crowds is a waste of time, in my opinion,” Holloway says.

“You know that they’re with you, even when they’re moaning at you, it lifts your performance.

“I hope that gets back to being a much better place in the future, you know, football is a marvellous game. It’s a game of chess on grass, it belongs to everybody. And I’m delighted with the base of the game now, and it belonging to male or female, it doesn’t matter. It’s wonderful.

“I just hope the balance, the importance that the game has in our standing, in our country and around the world, we actually prioritise it and make sure that every level is secured for the future. And I mean every level.

“Of the top table, things should be taken and handed down and down and down to make sure everybody – wherever you live, whatever level your club is – that you can support them in the future.”

This interview was originally published in March 2021.