Iker Muniain: The long journey of a man labelled the Spanish Messi 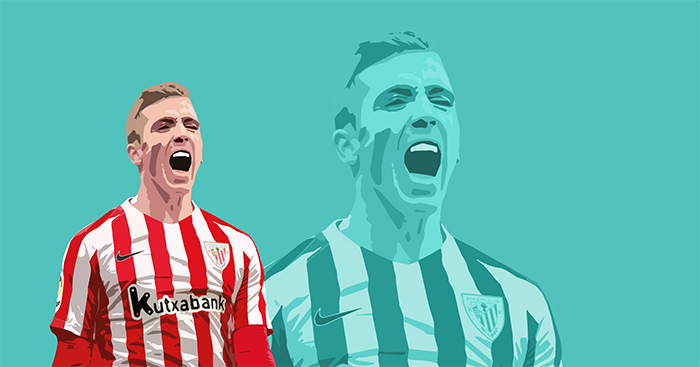 It was late in March of 2008 when it first became clear that two young players in particular were standing out to Athletic Bilbao coach Joaquín Caparrós.

In a training match against Amurrio, a small team who share the Basque region as their home, 15-year-old Iker Muniain and 14-year-old Jonás Ramalho were selected in the starting line-up.

The youngsters turned out alongside the likes of Aritz Aduriz and fan favourite Carlos Gurpegi, who featured in midfield with his two-year doping ban due to end within the next couple of months. Muniain started at No.10 behind Aduriz, who scored twice before half-time, when Muniain was replaced.

He was given another friendly start the following month, once again alongside Gurpegi and Aduriz, though the latter would soon be sold to RCD Mallorca.

Athletic started slow, going behind against Portugalete in the 13th minute, but Muniain netted an equaliser just after the break to help turn the tide. He was living up to his burgeoning reputation as a youngster to keep a close eye on.

The spotlight however, for now, would be on Gurpegi, who completed the comeback in the game and made his own comeback to first-team action late in April with his ban expired. 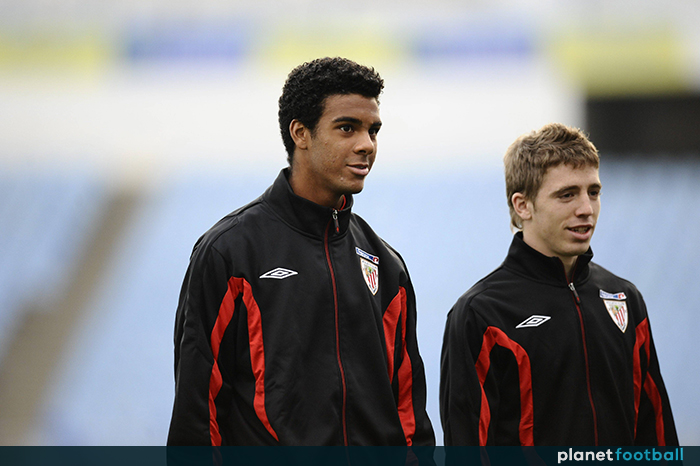 He knew who he could expect to be join him in the first-team dressing room before long.

“From below, there are a lot of players forcing themselves up, lads like Iturraspe, Muniain, Ismáel López and many others,” Gurpegi told Mundo Deportivo.

Ander Iturraspe and Ismá López were 19 years old and well known, but of the dozens of other players Gurpegi had trained and played alongside over the last two years, Muniain had caught his eye most.

Fortunately for Muniain and other youngsters at Lezama, the club’s self-imposed policy of using Basque-only personnel often leads to much quicker opportunities. The club’s mantra is: ‘Con cantera y afición, no hace falta importación.’ Or, in English: ‘With home-grown talent and local support, you don’t need foreigners.’ 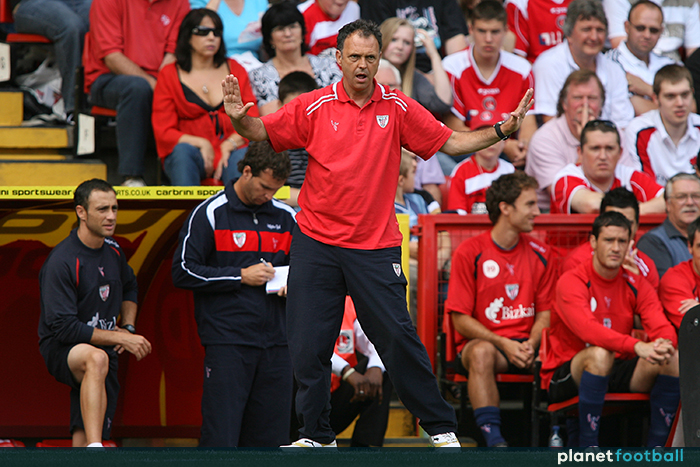 True to the policy, Caparrós announced that Muniain, still only 15, would train with the first team ahead of the 2008-09 season, along with Ramalho, Ander Iturraspe, Ander Agüeros, Iker Guarrotxena and Ismá López.

“Lezama has to be like a chemist,” Caparrós told Mundo Deportivo. “What happens when we are missing a left-back? Go to Pitch 3 and get one.

“All of those who play for (reserve team) Bilbao Athletic will have the opportunities to be in the first team.

“We have to study them morning, noon and night. It will be difficult, but we have to provide a lot of opportunities for the lads to make the step up. I’m all wrapped up in youth football, it is my obligation as coach. We are going to have a very young team, with players that have huge potential.”

Having scored eight goals in as many games for Athletic Bilbao’s Juvenil B team, Muniain stepped up to make his debut for Bilbao Athletic in Segunda División B in January 2009, aged just 16 years and 16 days. It took 19 days for him to score his first goal at that level.

Caparrós saw this progress as another reason to involve Muniain in the 2009-2010 pre-season preparation, to “find out which of the three teams he can play for during the next campaign.”

The newly-branded Europa League was on the horizon, with Athletic set to face Young Boys of Switzerland in the third stage of qualifying. It seemed the perfect opportunity for Caparrós to experiment with what could be his best side for the league season to come. 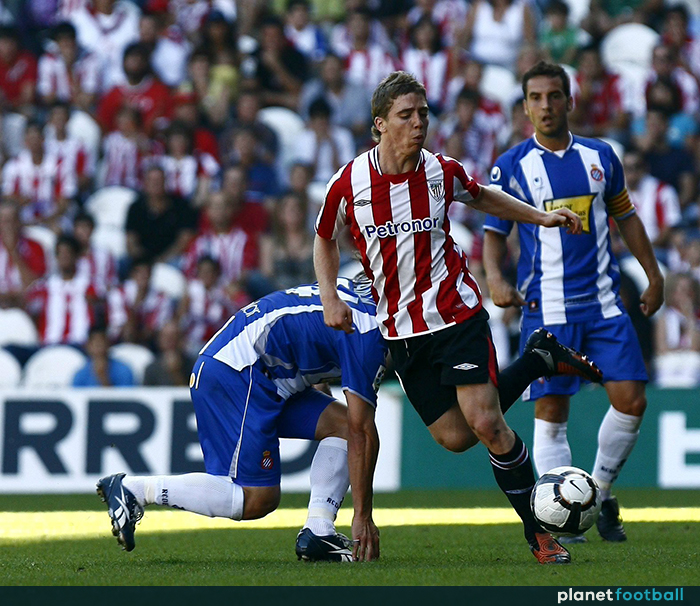 In training, a game was set up to mimic the personnel and style that would be utilised against Young Boys.

Gorka Iraizoz would start in goal, with Andoni Iraola, Aitor Ocio, Fernando Amorebieta and Xavier Castillo in defence. Yeste and Markel Susaeta were picked on the wings of a 4-4-2, with Orbaiz and Carlos Gurpegi in central midfield, and Gaizka Toquero alongside target man Fernando Llorente in attack.

Muniain started in midfield for the second team alongside star man Javi Martínez, a doubt due to injury, but he joined the first-team XI late on, swapping with Toquero to change up Caparrós’ attacking options.

Less than a week later, on July 30, he was doing the real thing, entering the fray against Young Boys as a 59th-minute replacement for Toquero.

With just 16 years, seven months and 11 days to his name, he became the youngest ever player to appear for Athletic Bilbao in a competitive game, beating the record of club legend Agustín Gaínza. 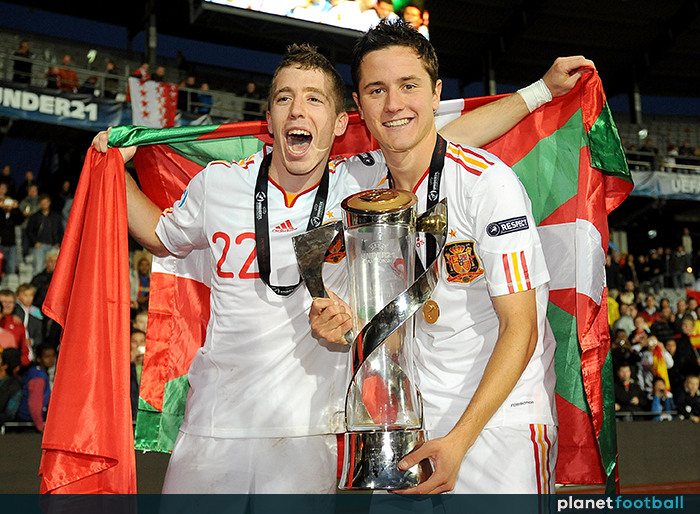 Seydou Doumbia had put Young Boys ahead at San Mamés with a simple close-range header before Llorente missed a chance to equalise when his low penalty was pushed around the post by visiting goalkeeper Marco Wölfli.

Muniain was unable to turn the game around for Los Leones, but a week later he got his next opportunity in the return leg in Switzerland. Within just three minutes of coming off the bench, he scored what proved to be the winning goal in a 2-1 victory, setting another record as Athletic’s youngest ever competitive goalscorer.

“Lezama has to be like a chemist,” Caparrós had said in 2008. A year on, Muniain proved to be just what the doctor ordered. 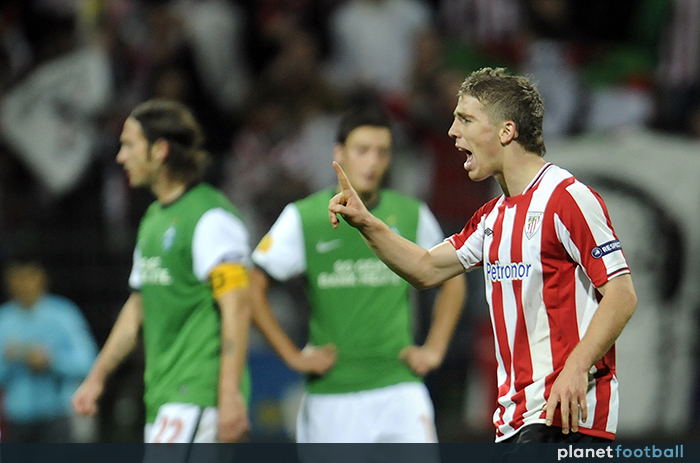 “I remember above all, entering the dressing room,” Muniain later told the club’s official website as he recalled his initial experiences of being involved with Athletic’s first team.

“There was Joseba Etxeberria, who was my idol, I had always seen him on the television and I loved how he played. To share a dressing room with those players, for me, is an honour. The coach took a lot of stick for taking me on at 14-years-old, but this filled me with confidence.

“When I take to the pitch, I try to enjoy myself. Just because I am playing in the first division, doesn’t mean I have to change my style of play. I am a player who drives a lot with the ball and opponents try to stop me however they can. I have to learn to let go of the ball before that.”

Now 24, Muniain has already racked up over 300 appearances for Athletic, a tally that for many players would account for their entire career. But eight years of football have brought hardship as well as success, including a solitary cap for the Spain national team.

He has played in both a Europa League final and Copa del Rey final but tasted victory on neither occasion, though his quality and technique certainly brought him to the attention of UK observers when impressing in Marcelo Bielsa’s daring team against Manchester United in 2012.

However, tipped to be a generation-defining player, Muniain’s career to date has not lived up to everyone’s expectations. 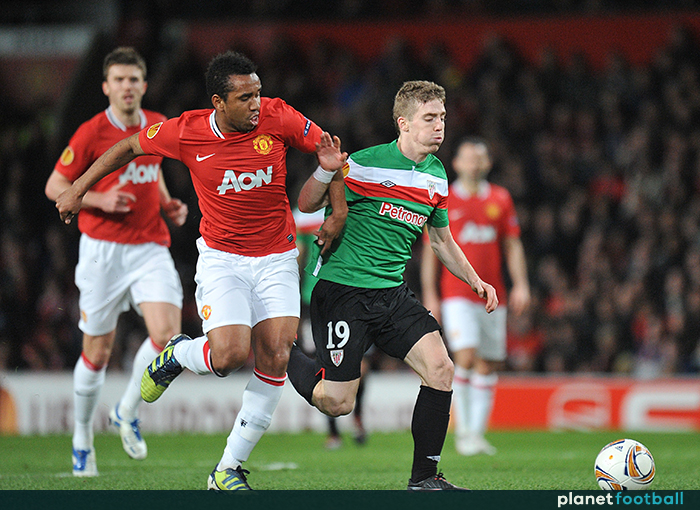 A ruptured cruciate ligament in April 2015 – an injury that saw him miss 38 competitive matches for Athletic and ruled him out for 252 days – certainly did not help, but Muniain never paid too much attention to the hype anyway.

“It was blown out of proportion,” he told Radio Nervión, when asked about previously being referred to as the Spanish Messi.

“The people were taken over by the hype. It never affected me, I always knew who I was. They knew I had a lot of potential, but I was making my own route.

“They put the label on me that I never lift the ball off the ground. Yes, it’s true that I don’t have the strike of Messi or Cristiano [Ronaldo], but I don’t have to drive myself crazy about it. There are times that I feel better on the wing, and others when I am in behind the striker.” 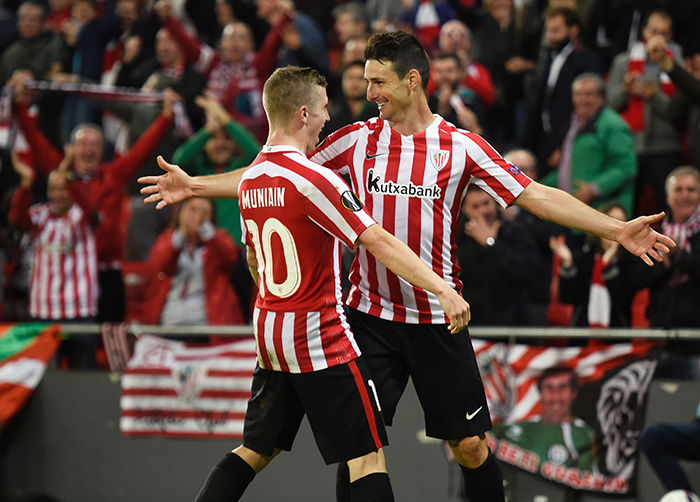 Muniain is a much different proposition to the player and person who took to the field against Young Boys.

He is a father to a two-year-old – naturally, his first Instagram post with his newborn son was taken with the old San Mamés in the background – and without losing his humour and charm, being flung into the spotlight at such a young age has brought with it maturity.

“Life takes some things from you and gives you others, a child can change your life for the better,” Muniain said.

“We are creating a very exciting present and future with a team that is very capable of achieving things. The fact that we have played seven finals is something to value.

“[Caparros] is a top manager, his calmness and tranquility, how easy he makes everything, the team is coming on wonderfully.”

After suffering set-backs during his recovery process from his 2015 injury, which saw him start just 13 games in a long 2015-2016 campaign, this season was tipped as make-or-break for Muniain.

Iñaki Williams has battled to prominence as the latest young star from the chugging Lezama conveyor belt, with Iñigo Lekue, Kepa and Yeray Álvarez also pushing into the first-team frame. Time stops for nobody.

But Muniain has been managing to showcase his dribbling skill and technical ability with growing regularity, contributing four goals and two assists so far, and impressing centrally when Raúl García is sidelined.

There are still shades of the player who jogged onto the field at 16 years old with a shirt that looked ever-so-slightly too baggy.

When Athletic Bilbao headed out of the Europa League against APOEL in February, it was Muniain in the second leg who was finding the pockets of space and playing incisive passes into the wide areas to stretch their resilient opponents as the clock ticked down. 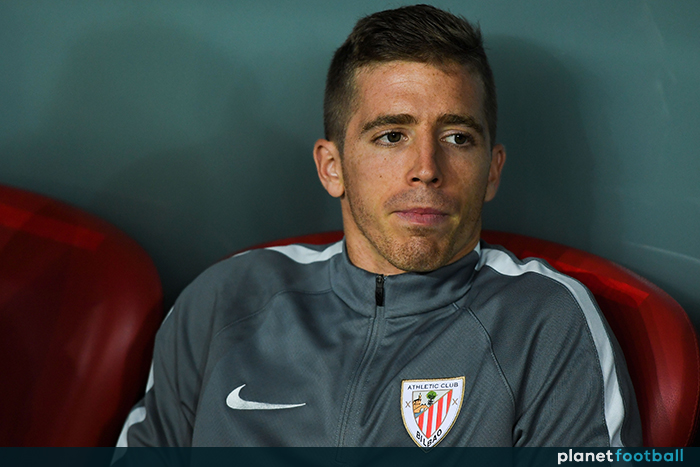 There is further responsibility he is capable of taking on, with Aduriz’s continued presence up front highlighting that there is room and the patience required at San Mamés to nurture late bloomers.

At national level, too, under Julen Lopetegui there is an opportunity for in-form players to feature. If you are good enough, you will be selected.

“I am not getting much playing time, but the injury is forgotten now and I feel great physically,” Muniain said in October after criticism that he had played less than 200 La Liga minutes of Athletic’s first seven games.

“If I scored in every game, I’d be in the starting 11. It’s not through a lack of hard work, I’m giving everything.”

“There are people who say I’m finished.”

At the age of 24, Iker Muniain is surely just getting started.