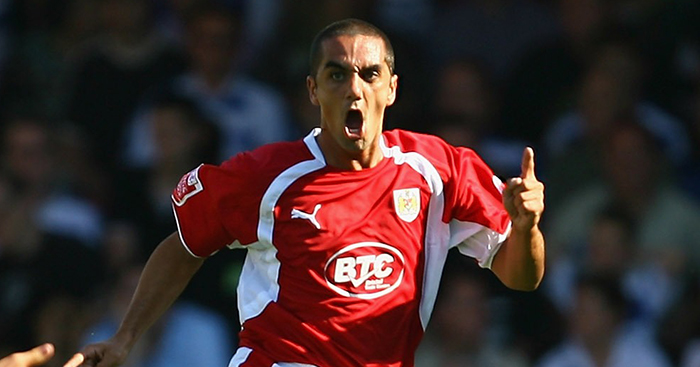 Many footballers go into coaching or punditry once their playing careers are over – but Scott Murray could not be happier as Bristol City’s kitman.

Murray made 426 appearances for City across two spells, scoring 91 goals, and in 2012 he returned to Ashton Gate for a third time – as their new kit manager.

It’s a move seldom made in football, but Murray jumped at the opportunity when, still playing for non-league Bath City as well as coaching Bristol City’s under-14s, the Scot received a call from then-Robins manager Derek McInnes.

“Derek told me his kitman was leaving at the end of the season and asked if I would mind doing it, which was a no-brainer for me, really,” Murray says.

“I was driving a forklift truck at 19, so I know I am very fortunate to be in the position I am and that I can’t take it for granted.”

And Murray says being a kitman is more demanding than many people might realise.

“People think the kitman just turns up with all the kit, lays it out and that’s it, but it is much more than that,” he says.

It's been a busy day picking up pants today that's for sure 😂😂 pic.twitter.com/X8GRH2s01E

“I was thrown in at the deep end and it was a case of learning on the job. The first eight months were really hard.

“I don’t think people sometimes realise the amount of work which goes on behind the scenes.

“I found it more stressful in my first year because, obviously, I hadn’t been doing it long. But if you can stay ahead of the game, so to speak, you’ll be okay.

“Thankfully, I have been lucky and worked under three very good guys in Derek, Steve Cotterill and Lee Johnson.”

Murray’s day begins early as he is at Failand, City’s training ground, for 6.15am.

He will get the staff’s kit ready for when they arrive, around an hour after him, and will then sort out the first-team squad’s kit and equipment in time for their arrival at 8.30am.

“There is a hell of a lot of organising to do at the training ground,” Murray says.

“Balls need pumping and all the equipment made ready and put out on to the training pitches.

“Apart from when it is a match day, I am usually finished by 3pm so I can pick my youngest up from school.”

For away games, Murray tends to get to the team hotel earlier than the squad and other staff as a precautionary measure.

Up for breakfast at 7.30am the next morning, he will go straight to the stadium, alongside two colleagues, to lay out everything the players need.

Nice little pic of the dressing room before the game today. #purpleandlime pic.twitter.com/WJpOwixGnd

“Some of them will wear the same socks for successive games, which is nice and easy for me, while others want a new pair every day.

“I tend to know what each player prefers off by heart.

“Some of the foreign lads will ask for gloves in September and I will get some hats for them to wear by October.”

A boyhood Aberdeen and Liverpool fan, Murray jokes he is probably the only Reds supporter who loves Sir Alex Ferguson, the man who delivered so much success at Pittodrie before taking over at Manchester United.

And despite growing up in Scotland, Murray’s career was shaped by Bristol City from a young age.

Murray was at Scottish amateur side Fraserburgh when he scored in a trial game for Liverpool in 1994, but then-boss Graeme Souness was sacked shortly after when the Reds were dumped out of the FA Cup third round – at home to Bristol City, thanks to a Brian Tinnion winner.

“Brian is a legend at Bristol City, but he ruined any future I had at Liverpool,” Murray laughs. “I played with him and I never let him forget it.”

Murray joined Aston Villa instead, where he spent three years but failed to establish himself, leading to his first move to Bristol City. 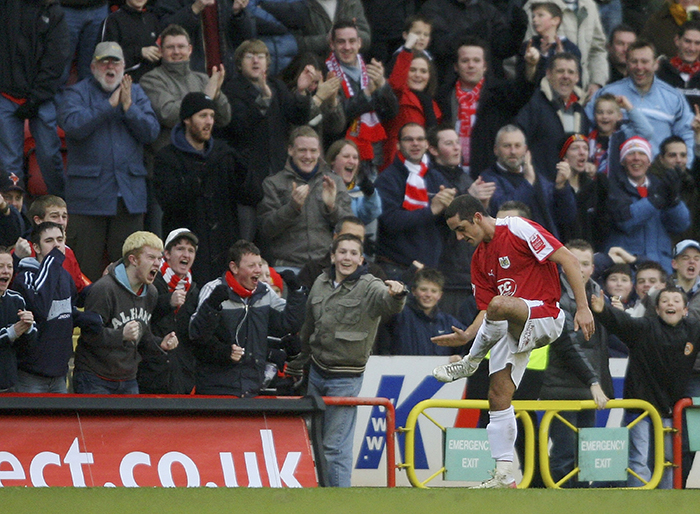 More than two decades on, Murray is at home at Ashton Gate and names last season’s League Cup victory over Manchester United as his most memorable moment while on City’s staff.

“My brother is a massive United fan, so that made it even better,” he laughs.

“It was unbelievable and to go to Manchester City in the next round, take 8,000 fans and compete with them, is something I will never forget.”

And though Murray has only a background role in the club’s success, he has no plans to go into management or coaching.

“You see the time span managers get these days, especially in the Championship, so I am happy doing what I am doing,” Murray says.

“I leave the management and coaching to them and, to be honest, I can’t ever see myself leaving this club as kitman.

“They’re probably stuck with me for a few years yet.”