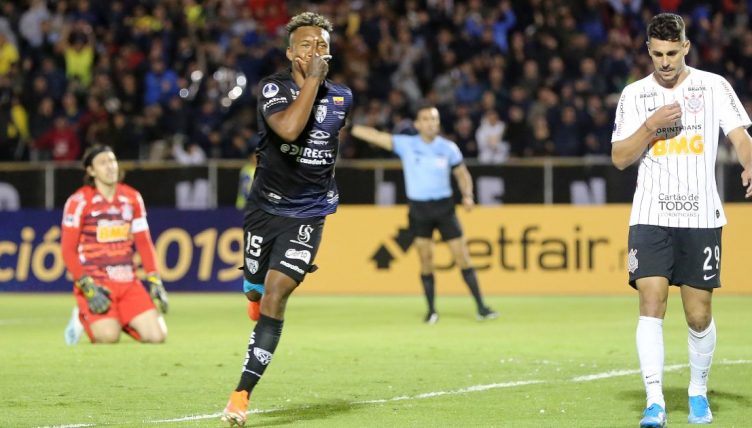 At the moment, there may be quite a few people longing for a football competition in which, with cunning and skill, minnows can challenge the moneyed elite.

European football no longer provides such opportunity, not in the domestic leagues, not in the Champions League and even less so if the much-discussed Super League gets off the ground.

But a few thousand miles across the Atlantic, feats of sporting glory rather than demonstrations of greed are still a possibility. For now, at least.

Even the fabled Copa Libertadores, with its famous atmospheres and endless romance, is starting to lose something of what once made it so unpredictable. The prize money has increased significantly of late, which is allowing recent winners to stockpile talent in the same way as happens in Europe. A 2017 format change also favoured the richer clubs in Brazil and Argentina.

Still, though, there is room for minnows to challenge. And none of them pack more of a punch than Independiente Del Valle, the Ecuadorian club that will kick off their 2021 Copa Libertadores campaign proper on Wednesday night in Sangolqui, a suburb of Ecuador’s Andean capital Quito, in a stadium that seats just 7,000 people.

Fittingly, Independiente’s first group game will be against another heavy-hitting featherweight in the form of Argentinian club Defensa y Justicia. For now, though, we will focus on the story of Independiente Del Valle – one that, if not entirely free of the blemishes of football’s jump into hyper-capitalism, provides plenty to remain romantic about.

This year, IDV have already beaten Brazilian giants Gremio to qualify for the group stage, thoroughly outplaying a club that has won the competition three times, most recently in 2017.

Playing their home leg in Paraguay owing to Covid-related travel restrictions, thus foregoing the advantage of playing at altitude, Independiente went behind to an early goal from former Brazil international Diego Souza. Yet they pulled it back with a terrific team goal and a penalty in the second half to take a 2-1 lead to Brazil.

There, Gremio were expected to do enough to progress. Instead, Independiente inflicted another 2-1 comeback defeat upon them, the latest in a growing line of giant killings.

🤩⚽🔥 A fantastic finish from Cristian Ortiz gave @IDV_EC the lead on the night and secured their spot in the #Libertadores Group Stage! pic.twitter.com/533rtvOdrt

The story of the club is truly remarkable. It was founded in 1958, but only in 2007 did Independiente Del Valle take its current form, when, mired in the third tier, it was bought out by businessman Michel Deller.

His vision, as he put it to ESPN, was “to have a club that worked in the social sphere, in the intellectual and human development of the players” as well as battling it out in the top tier in Ecuador and on the South American continent. Of course, there is a commercial element to the plan – when you develop players, you can sell them for a profit – but Independiente have been faithful to Deller’s word and it has paid off, both in the sporting and financial sense.

They quickly escaped the lower reaches of Ecuadorian football, reaching Serie A in 2009. And by 2013, they had made their continental bow, taking part in the second-tier Copa Sudamericana. Just a year later, after finishing second in their domestic top flight, they qualified for the ultimate test, the Copa Libertadores.

All the while, the club had been laying the foundations for further success. Independiente built a training facility and youth academy in the hills near Quito which, as well as football coaching, provided schooling and care for the boys selected to be part of the set-up. The holistic approach has proved the correct one, as a stream of fine players have emerged to complement a few experienced heads brought in each season to bolster the team.

Jefferson Montero, who shone brightly if briefly with Swansea in the Premier League, was the first Independiente graduate of real note. The latest is Moises Caicedo, signed by Brighton for a reported £5.5million in January 2021 – a fee that covers the club’s entire annual budget.

So successful has their youth programme been that the most recent Ecuador squad, in March 2021, featured seven players with links to Independiente Del Valle, and it would have been more were those Covid-related restrictions not in place.

In that first Libertadores test in 2014, Independiente acquitted themselves well, finishing third in their group, only behind 2012 winners San Lorenzo on goal difference.

Even though it came just two months after Leicester winning the Premier League, you could argue that Independiente getting so far in the Libertadores was the most impressive sporting feat of 2016. Deller and his cronies had invested some money, but to have come from nowhere, with a stadium so small they had to borrow another ground to play Libertadores home games, and reach the final of the biggest football match in the Americas with mostly homegrown players was borderline miraculous.

In the final, Independiente lost to 2-1 on aggregate to Colombia’s Atletico Nacional. Despite subsequently selling a significant part of that squad to more economically powerful clubs in Ecuador, Argentina and Brazil, Independiente stuck to their plan and regrouped.

In 2019, that culminated in winning the Copa Sudamericana, the first continental trophy in the club’s history and the first for any Ecuadorian since LDU Quito won the same competition a decade prior.

With unknown 34-year-old Spanish manager Miguel Angel Ramirez at the helm, Independiente Del Valle beat Argentinian side Independiente in the quarter-final and Brazilian heavyweights Corinthians in the semis before wiping the floor with Colon, also of Argentina, in the final.

As a result, they were back in the Libertadores in 2020, and the emergence of Moises Caicedo, who soon made his national team debut, alongside Bryan Realpe and Angelo Preciado, who now plays for Genk in Belgium, saw them batter reigning champions Flamengo 5-0 in the group stage.

In the round of 16, they were knocked out by Uruguayan side Nacional on penalties after dominating both legs, but this year, they will be looking to go better, even though the likes of Caicedo, Preciado and coach Ramirez have moved on, the manager to Internacional of Brazil.

In Ramirez’s place, Independiente have brought another European coach, former Benfica B boss Renato Paiva, and with the windfall from Libertadores participation and the Caicedo sale, they have been able to show a little more ambition in the transfer market to bring extra quality – including goalscorer against Gremio, Christian Ortiz – to play alongside their youth graduates.

Judging from the result and two brilliant performances against Gremio, they will be competitive once more. They will need to be too. Their first group game is against fellow heavy-hitting minnow Defensa y Justicia of Argentina, who Hernan Crespo led to Sudamericana glory in January this year.

Crespo left to take over at Sao Paulo in Brazil, but with old boss and full-on Marcelo Bielsa disciple Sebastien Beccaccece back in charge, Defensa have carried their form over and beat reigning Libertadores champions Palmeiras to the South American Super Cup last week.

Alongside those two in the group are Palmeiras and Universitario of Peru, making it one of the strongest in the competition and meaning some tough away trips for Independiente.

Paiva, though, is not worried. “We shouldn’t think about where Independiente Del Valle play,” he said after they beat Gremio. “At altitude, by the coast or wherever. We won’t get carried away with the idea of the altitude [being our main advantage], that [advantage] is our idea of play.”

The likes of Palmeiras, Flamengo, River Plate and Boca Juniors remain favourites for the title – indeed River, Flamengo and Palmeiras have won the last three Libertadores titles. But if Independiente stay on their current course, they could go deep into the Libertadores knockout rounds. With a little luck, who knows how deep?

Whatever happens, the Ecuadorians will certainly give a few more big boys bloody noses before the year is out. And that, really, is the joy of football. Or at least it should be.