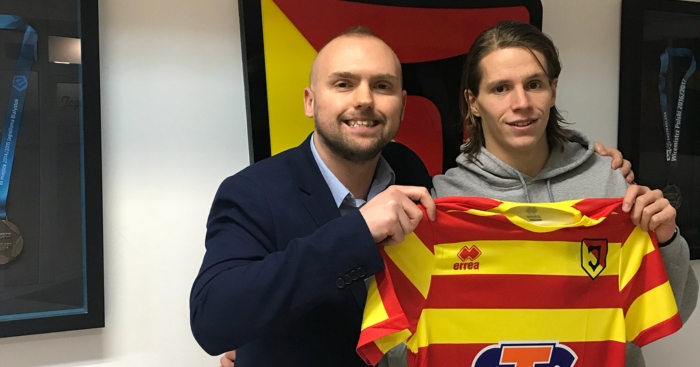 We are all aware of the riches enjoyed by world football’s super agents, namely Mino Raiola and Jorge Mendes – but what does the life of a regular agent entail?

In 2016, the tracksuited, Sopranos figure of Raiola earned a cool £23million cut of Paul Pogba’s world record £89million transfer to Manchester United – a figure which could rise to as high as £41million, according to Rafael Buschmann and Michael Wulzinger’s research in Football Leaks: the Dirty Business of Football.

Mendes, meanwhile, has a client list which includes the likes of Cristiano Ronaldo, Jose Mourinho and David De Gea. Last year FourFourTwo named the Portuguese the third most influential person in world football.

Those figures and accolades are a far cry from the reality of life for the majority of agents, however.

Cesare Marchetti became one of the youngest licensed agents in the world five years ago, but his work across Europe with the Deadline Day Sports agency is very different to that of Raiola and Mendes.

“I don’t have a private jet for a start,” he says. “Mino Raiola and Jorge Mendes are so powerful because they have the best players on the planet. Clubs need to keep them happy and when Mino or Jorge call a club the sporting directors listen.

“Look at Bebe to Manchester United as a prime example of Mendes’ power.

“My working life is vastly different because my players are not world superstars yet, so I need to spend a lot more time building relationships with clubs and trying to convince clubs to take a punt on a player.

“Also financially, when Mino or Jorge move a player their agent fee is seven figures, sometimes eight – in the case of Pogba, whereas currently I am working on four and five figure fees for my clients.

“I also turn out on a wet Wednesday morning to watch the development games in Scotland, whereas Mino and Jorge have people to go scout for them.” 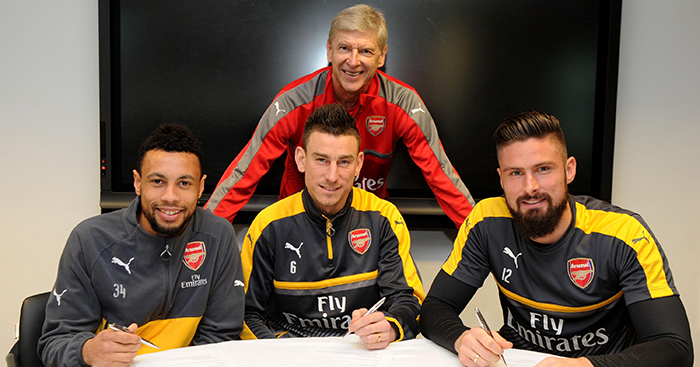 READ: The Secret Footballer: How a transfer happens and what goes in a contract

The key part of those words is “yet”. Marchetti may not work with the leading stars of world football – Iceland international Bodvar Bodvarsson is his biggest client – but his quest is to find a player who can go on to become one of them.

This means he spends as much of his time working as a scout trying to identify any potential clients.

“Usually you’ll arrange to meet for a coffee after several phone calls and discuss all aspects of their careers and ambitions. For me it’s not so much about convincing the player to join me, it’s about me convincing myself that this player is worth my time and effort.

“If you wanted to you could sign 100 players, but you have to be selective and pick your clients based on attitude, ambition and ability.

“An out of contract player in Scotland can take 10 times more time and work than a player moving for a transfer fee. You have to work smart.”

While rogue figures have given agents given a bad name, Marchetti is keen to work work closely with his clients.

“Some are more like friends and we speak on a daily basis. Other players I speak to once or twice a week. I have players in the UK, Poland and Scandinavia, so I travel a lot to watch their games.

“My philosophy has always been to keep your client list small but filled with quality so that you can manage everyone equally and give everyone the attention they need.

“Too many agents make the error of signing too many players and then lose control of everything.

“As well as negotiating contracts and transfers, I do all sorts of stuff for them: get them boot deals, sort flights for them, speak to the club for them.

“I give them advice on what they need such as buying a house, what nightclubs are good, good places to go on holiday, listen to their problems and try to help them in anyway they require.”

With the transfer window now open, agents are preparing for one of their busiest periods of the year, but things are only just warming up.

“In the summer, from when the season ends until mid-June, the transfer window is relatively slow and frustrating apart from free agent deals in Scotland,” Marchetti says.

“You spend a lot of time finding out what clubs around Europe require and discuss players with scouts and sporting directors to try get things moving, but a lot of the time it’s a waiting game. You’re waiting for one piece of the jigsaw to fall into place so your deal can proceed.

“Mid-June until deadline day things gather pace and unexpected players move, which opens up opportunities for your clients that weren’t planning to move to get a good transfer.”

The role of an agent is now becoming increasingly multi-faceted as they find themselves working for clubs as well as players – but Marchetti is wary of the blurring of the lines.

“Clubs regularly give you a list of players they either want to sell or just get off the wage bill. Depending on the club you might get 5%-10% of the transfer fee or sometime just a flat fee on what you’ve saved them on salary.

“This works best with clubs you know well, because some clubs send a list of players to every single agent on the planet so that clubs just come directly to them and they don’t need to pay a fee.

“I would always say don’t trust clubs unless you have a mandate and a good relationship.

“Words mean virtually nothing in football.”

Chasing Mino: Inside the World of a Football Agent by Cesare Marchetti is available to buy now on Amazon.