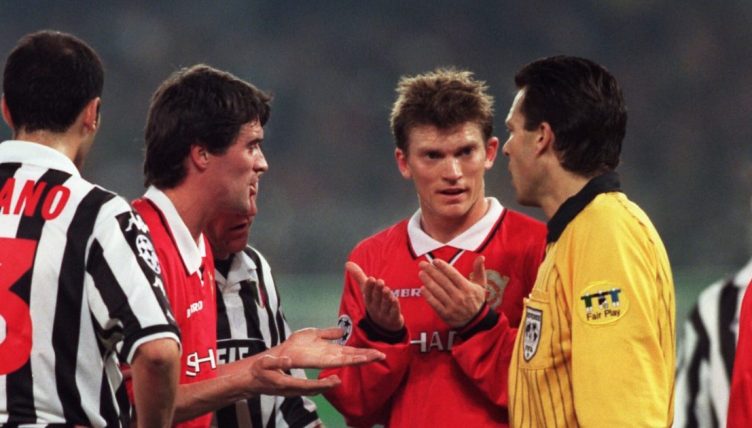 “I can’t afford to sit back and hope we get through the game and that I will be OK for the final. If you go out with that attitude I know for a fact that it would backfire. Being in the final is all that matters.”

The words of Roy Keane the day before he turned in the greatest display of his career came back to haunt him, but 21 years to the day since his commanding performance in the Champions League semi-final against Juventus, you suspect his belligerent views would not be altered.

The date of April 21, 1999 has long since been hailed as Keane’s finest hour, as he dragged United into the Champions League final after they fell 2-0 behind against a Juve team including the likes of Zinedine Zidane, Edgar Davids, Didier Deschamps and Alessandro Del Piero in Turin – despite picking up a yellow card that ruled him out of the final.

After a 1-1 draw in the first leg at Old Trafford, the tie seemed to have slipped away from Alex Ferguson’s side as a Filippo Inzaghi brace pushed Juve to the brink of the final with two goals that could have shattered United’s spirit.

Yet Keane rarely worked to a conventional agenda, and after his header gave United hope, Dwight Yorke fired United into an away-goals advantage with 11 minutes still to play in a frantic first half.

Sandwiched between those two goals was a moment that robbed Keane of his only chance to play in a Champions League final, as he was booked for a foul on Zidane midway through the first half.

The yellow card ensured Keane could not play in the final if United plotted a route through, yet his compatriot and room-mate Denis Irwin, a fellow starter in that game against Juventus, recalls his performance merely moved up a few levels after his booking.

“We were two goals down against one of the best teams we played against in that era and he pulled a rabbit out of the hat with a fantastic headed goal and then his performance was just fantastic,” Irwin says.

“They had an incredible midfield with Davids, Deschamps and Zidane, but Keaney took them all on that night and came out on top. He was just incredible and it was a tragedy that he couldn’t play in the final.”

Irwin also reflected that one of United’s starting XI on that night in Turin was more than a little concerned that he would face the wrath of Keane after his wayward pass led to the booking.

“I remember Jesper Blomqvist was trying to avoid Keaney for a few weeks after that semi-final because it was his pass that led to the booking,” he says.

“Roy had a word with him on the field at the time, but I think Jesper thought more would come. A lot of the lads were wary of Roy and didn’t want to upset him, so poor Jesper probably feared what was coming to him.”

A late clinching goal from Andy Cole secured United’s place in their first European Cup final since 1968, with victory against Bayern Munich in the most dramatic fashion imaginable firing allowing Ferguson’s side to clinch a unique place in the game’s history books as they became the first English side to complete a League, FA Cup and Champions League Treble.

This article was originally published in April 2020.