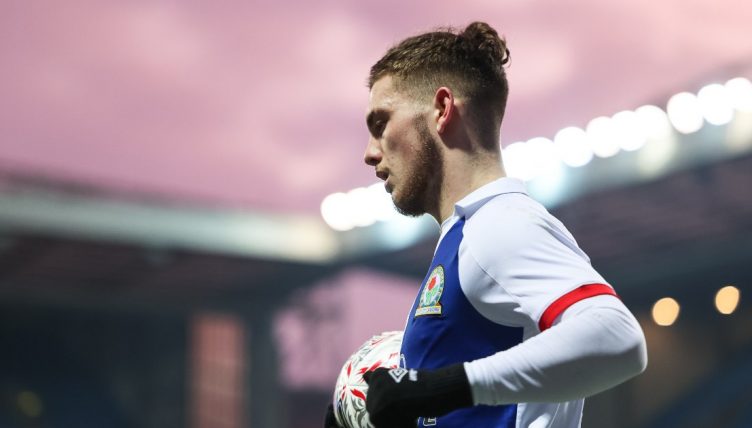 It’s almost nine years since former Premier League champions Blackburn Rovers dropped out of the top flight, and in that time they’ve never really got close to getting back.

But as the 2020-21 season got underway, aided by the loan arrival of Liverpool starlet Harvey Elliott, there was a sense of hope at Ewood Park that the wait to return could be over.

Having followed the likes of Leeds United, Leicester City and Southampton by dropping to League One, Blackburn avoided what Leeds and now Sunderland have suffered by languishing down in the third tier in successive seasons, decisively coming straight back up at the first time of asking with an imperious 96-point haul in 2017-18.

Ever since, it’s been steady progress under Tony Mowbray. The Football League veteran consolidated their Championship status by leading them to a 15th-place finish in their first season back, and last term they went into the post-lockdown mini-season with hope still alive of a play-off push before eventually finishing 11th.

On that stable upward trajectory, there was well-founded optimism that the gap could be bridged further in 2020-21, with a top-six finish the target.

None of their key players departed, while the squad appeared strengthened on a modest budget amid the economic challenge of a year without gate receipts.

Highly-rated goalkeeper Thomas Kaminski was signed from Gent, Championship stalwart Daniel Ayala came in on a free from Middlesbrough, and Barry Douglas and Tom Trybull arrived on loan with promotion-winning experience.

The latter two were solid, functional deadline day additions, but the most eye-catching was the capture of Elliott, having reportedly beaten a number of their second-tier rivals to his signature for the season.

With good reason, he’s been one of the most-hyped teenagers in European football ever since he made his first-team debut as a 15-year-old for Fulham in the League Cup in September 2018 before coming off the bench against Wolves to become the Premier League’s youngest-ever player later that season.

He featured prominently for Liverpool in pre-season and a 7-2 League Cup thrashing of Lincoln City, but regular competitive opportunities were unlikely to follow for a club looking to retain their Premier League crown.

“I spoke with the gaffer before I made the decision and he said this was the best thing for my career and to go and express myself and show people who I am,” Elliott told the Lancashire Telegraph after joining, having signed his first professional deal with Liverpool a few months prior.

“All the coaching staff were very positive and said they’d support me all the way, so for them to say ‘go and enjoy yourself and the experience’ I think it made it a lot better.

“Liverpool were behind me 100%. They sat me down, gave me clips from games, how Rovers play, where I could potentially be playing, and to have that background information on the club and the style of football, was really important.”

By the time the 17-year-old winger came through the door, Blackburn had already thrashed Wycombe and Derby 5-0 and 4-0 in their first three outings, and everything was looking up.

It looked a perfect fit for all parties. Elliott was thrown straight in by Mowbray, making his first start five days after his arrival in a 3-1 defeat at Watford.

The result was disappointing, but Elliott immediately showed some flashes of his raw talent on his debut, backing up the ‘if you’re good enough, you’re old enough’ mantra by demonstrating why there’s so much buzz around him.

Three days later he got another 90 minutes under his belt, showing more cutting edge in the final third with a goal and an assist in a 4-0 mauling of Coventry, emulating a result from Rovers’ Premier League pomp.

Mixed results saw Mowbray’s side sitting 10th in the table after seven games, but they’d scored 16 goals – four more than any other side – and looked a frightening prospect when everything clicked up front, with Elliott immediately gelling with Adam Armstrong and Ben Brereton in Rovers’ new-look front three.

Taking to regular senior football like a duck to water, those early displays set the tone for Elliott’s campaign to come, while Armstrong has already hit a career-best tally of 19 Championship goals, but the team as a whole have found themselves unable to sustain the form required for a play-off push.

“It wouldn’t be unfair to suggest that Blackburn would be occupying a lower league position without his presence,” says Jaquob Crooke, Blackburn reporter for Lancs Live.

“Since his debut against Watford in October he’s established himself as an influential figure within the squad, to a point where Mowbray has commonly insisted on playing through Elliott in order to unlock defences and fashion opportunities.

“His form across the first-half of December was exceptional – he literally carried Blackburn in fixtures against Norwich and Rotherham – and while fatigue inevitably hindered his form at the start of February, he revitalised a flagging attack in a 2-3 defeat to Watford.

“He’s been a key orchestrator and one of the main creative talents within Blackburn’s ranks.”

There have been fits and starts – in particular, a seven-match unbeaten streak of four wins and three draws through November into early December, and three wins in four to kick off 2021. But just as often they’ve been through barren spells. A 1-1 draw at Coventry on Saturday brought an end to five successive defeats.

Not once since Elliott arrived have Blackburn been in the top six, and they’ve now fallen nine places and 12 points behind.

But throughout his time at Ewood Park, he’s been a consistent threat, never going more than three matches without scoring or assisting, with five goals and nine assists to date. Only Norwich playmaker Emiliano Buendia has set up more in the division.

“There was a genuine fear he would be recalled in January given Liverpool’s mounting injury crisis and his exceptional form,” Crooke says.

“You only have to glance at the statistics he’s posted across the campaign to understand the impact he’s possessed and he’s more than ready for a crack at the Premier League.”

Harvey Elliott's latest goal for Blackburn, just before half time vs Watford. pic.twitter.com/XrhAmOOjsn

Elliott played a variety of positions under Mowbray but mostly settled in a spot on the right of a front three. While the season hasn’t gone to plan for his club, Liverpool ought to be thrilled by the invaluable experience he’s gaining; racking up over 2,000 minutes of Championship football before being legally allowed to buy a pint is incredibly rare.

His parent club could certainly have done with something different in their attack this season, but the prospect of the rising star usurping the Premier League’s top scorer Mohamed Salah just yet appears unlikely.

READ: ‘A frightening talent’ – What people are saying about Harvey Elliott’s fine form

“There are defensive elements to his game that you could suggest require improvement, but do you focus on that and compromise improving his best elements?” Crooke says.

“Because on his current trajectory, he’s got the ability to emerge as an exceptional talent with his attacking capabilities alone, and you can’t fault his application.

“The pressing side of the game requires an element of faith in your team-mates and early on Elliott was naturally tentative in pressing high in the pitch as he acknowledged a midfield player loitering behind.

“Mowbray’s drilled into him the importance of focusing on his side of the game and everything else will click into place. He’s not naturally blessed with pace but he does possess explosive acceleration that can sometimes surprise his marker.”

This season hasn’t met expectations for Blackburn, but Elliott himself is matching Liverpool’s high hopes. Mo Salah may not be sweating over his place in Jurgen Klopp’s side right now, but he will be in the not-too-distant future.