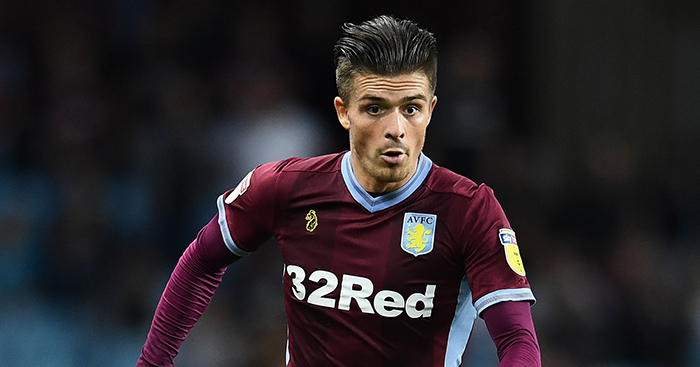 Players are slotted into categories from the moment they appear. This is the age of the component, after all, with supporters liable to debate best position as determinedly as actual talent.

And rightly so, perhaps, because a footballer is nothing without a role in a team.

For most of the summer, it was assumed that Jack Grealish would eventually become part of Tottenham’s team. Unfortunately for Mauricio Pochettino, Daniel Levy outsmarted himself, and the pressure on Aston Villa to sell, once threatened by an approaching tax deadline, never actually appeared.

By the time Spurs had readied a bid, Villa had been fortified by twin billionaires and Grealish’s asking price had almost trebled.

Spurs’ loss, Villa’s gain. Grealish’s too, potentially, because in the days after it became apparent that he was staying, it also became clear that it wasn’t a move he entirely believed in.

There may come a time when his future demands a move, but that isn’t now.

For the moment, he’s a Birmingham-born 22 year-old, playing for the club he supported as a boy. He seems content; there’s no sulking and all of his toys remain decidedly inside the pram.

From the neutral’s perspective, that’s a good thing. Had the transfer been completed, the conversation around Grealish would have immediately changed.

He would have become a Pochettino project and, while precedent suggests that might have been beneficial, his literal involvement would have dropped to sporadic substitute appearances and limited opportunities in low-risk situations.

The appropriate metaphor being the bottling of something which for the moment isn’t supposed to be constrained.

None of this is to say that Grealish is a free-roaming player without description. The false start to his career gave that impression, and the negative headlines his personal life attracted fanned it to an extent, but  now more mature and properly fit after suﬀering semi-serious injury, he has become a refined diﬀerence-maker from the middle of the pitch.

In time, the question will be whether he’s best served by dropping quite as deep as he does at the moment and, inevitably, some will query how that trait can be accommodated within a Premier League midfield.

Last Wednesday night, I was at Villa Park for their game against Brenford, in which the hosts played in pulses.

Jonathan Kodja’s late equaliser ended the game on a good note and sent the supporters home happy, but it disguised how inconsistent they were – and provided distraction from some fundamental imbalance.

In the week since, Anwar El-Ghazi and Yannick Bolasie have arrived and they’ll certainly make Steve Bruce’s side more dangerous, but Brentford are a good side rather than an excellent one and, on this evidence, promotion looked a tenuous prospect.

As to whether Grealish himself belongs in the Premier League that’s just not the point.

It’s easy to make a case for him doing so: to look down at the way he caresses the ball and at the risks he’s willing to take with it and to conclude that, yes, this is a gifted player headed for the brightest lights.

But maybe that focus should be more abstract at the moment: more what he represents rather than what he is or one day might be.

How often does a British player look that comfortable with the ball at his feet? Forget passing success rates and positional discipline, how regularly has the English game bred someone who looks so completely at ease in possession?

We’re now starting to emerge from decades of over-coaching; the swell of technical ability within England’s age-group teams certainly suggests that flair is no longer anathema in academies.

Nevertheless, Grealish is still an anomaly. His socks-down style and souciant attitude are that of a park footballer, free of professional inhibitions and still playing for fun.

It’s an alluring aesthetic. The Championship is a blood and thunder division. It’s home to plenty of ability too, but it has always rewarded physicality and pragmatism more.

In an environment within which crosses steeple in first time and the right pass is often long and arrowed towards a rugged centre-forward, Grealish’s willingness to stop and start in possession, to square up defenders and to go past them is a joy. While the hooves shake the ground, he pirouettes in velvet slippers.

Last Wednesday, not much went right for Villa. Nevertheless, Grealish had by far the most touches of any player involved in the game and his determination to change its shape never wavered.

Most neutrals at Villa Park that night were likely there to see him anyway, but that was such a seductive quality – he kept taking men on, he kept pushing passes forward and, as the crowd grew frustrated and slightly hostile towards the side, he seemed to want the ball more and more.

That’s the throwback quality – not the socks, not the hair, but that compulsion to be dynamic.

The are other young players in the country who are far easier to project. We know that James Maddison will play for England very shortly, and we can assume that Ryan Sessegnon, Jadon Sancho and Mason Mount will all follow.

With Grealish, it’s harder to know. How do you project a future for someone so ethereal? The finding out might be the reward, though, and the journey should be more fun than the destination.