James Richardson: I read the papers on Gazzetta because we had no budget 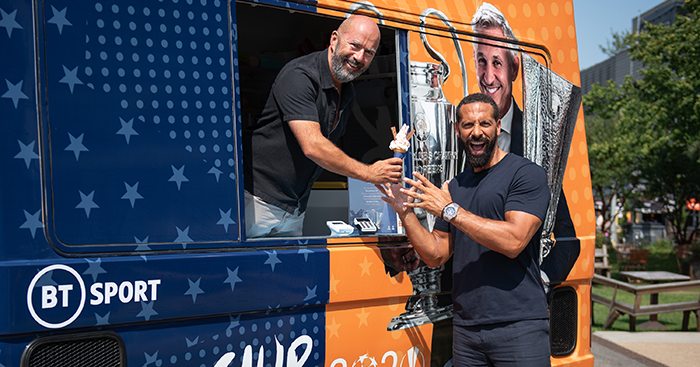 If, like us, you grew up watching Gazzetta Football Italia then you’ll almost certainly be a fan of its former presenter, James Richardson. So imagine our surprise when we discovered the feeling was mutual.

If you’re reading this, you don’t need us to tell you why Gazzetta was so good, but just in case you do, John Nicholson wrote a lovely tribute to it over on Football365.

It’s undoubtedly true that Channel 4’s coverage of Serie A began at the most convenient time for them, when Sky bought the rights to the new Premier League and thus C4 was pretty much the only place any of us got to watch any live football on TV. But it’s equally true that Gazzetta was brilliant, a real game-changer in the world of football broadcasting, and it would surely have been a huge success no matter what the competition.

The football was great, sure – this was a time when Serie A was the place to be for the best players in Europe – but if that’s why people started watching, there were plenty of reasons why they carried on. Richardson’s newspaper round-ups, the sketches with Gazza, the interviews, the ridiculous things he somehow persuaded world-class players to do on camera, it was brilliant.

And while Gazzetta has sadly long since disappeared off our screens, Richardson is still going strong some 28 years after he accidentally found his way there in the first place and is currently hosting BT Sport’s Club 2020 Daily, which is running every morning until the day of the Champions League final on August 23.

He sat down for an exclusive chat with Kevin Palmer and, sensationally, revealed himself as a fan of this very website. That’s our new Twitter bio sorted.

Gazzetta Football Italia offered such a fresh look to the way we viewed football, so how do you reflect on it now?

Serie A back then had a real glamour. Part of that was inherited from Italia 90, even though in football terms it wasn’t the greatest tournament. It was the romance of it, the summer, the sunshine and the crowds, the fact England had a good team.

Eighteen months on, you had a tournament with a lot of the same players, some of the same English players. Gazza gave it that mainstream appeal as he hadn’t played anywhere for eighteen months.

How were you treated by the Italian clubs? Were they open to giving you access as one of the few foreign journalists reporting on Serie A?

I think anyone who has tried to interview footballers knows they’re hardly crying out for people to interview them. In Italy the pressure is really intense, you’ve got a lot of private TV and radio stations. As a result, they often declare press silences where they won’t talk to anybody, but the fact we were English was a huge advantage.

In Italy there is a real notion of England being the home of the sport, the place where the sport is at its purest, being the country that does football right and as such I think people tended to be very generous to us with their time.

The way you did it was different but is almost the norm now, do you think you were influential in that?

The informality of our show was different to what we had seen before so might have been part of a change to the kind of coverage we see on TV now.

Things have moved on enormously. It used to be a one-way street where people would broadcast at you, but now it is much more democratic, the audience has much more of an influence.

The informality was partly a choice by the production company who wanted to do things differently. But things like being out in the street, being in the cafe, that was budget. When we were doing the papers, if you had to do that with news footage you had to pay for rights whereas it was just the cost of the paper and an ice cream and away you go.

Are you surprised by the passion so many fans now have for European leagues that were not accessible back in the 1990s?

There are so many leagues that are now occupying attention, but I don’t think anybody has got the time to follow all that stuff so I think people would probably welcome somebody else giving them a quick summary.

What has changed is that people are even madder. Back in the day, English football was quite straightforward and we were covering the crazy Italians. Now if you stacked two sets of papers alongside each other I don’t know who would come out as the crazy one.

You say it was an accident that you were a presenter, why do you say that?

I was a producer and I spoke Italian. I learnt Italian because my girlfriend was from Italy. Gazza said to somebody when they’re making a documentary about him “wouldn’t it be great if everybody could see these games” and the production company said ‘lightbulb moment, let’s buy the rights’ so they did.

I knew somebody at the production company who said I should get in touch because you speak Italian, but I didn’t bother because I thought ‘well I’m not a football presenter’, but a week later she said they hadn’t found anyone so I should give it a try. So I did. It was about as accidental as you can get

Did you learn on the job rather than have training?

One of the nice things about working in football TV is that a lot of the work is done by the footballers. They go out and do stuff, they go out and do things on and off field and that is all content. All you have to do is filter some of that down.

There were difficulties and one of them was locking down interviews because traditionally I’d go out and film on a Wednesday, then send them all off on a Thursday, but on the Tuesday I still wouldn’t know where I was going. I lost my hair in pretty much the first week I think.

Moving on to 2020, what are your thoughts on this two-week jamboree to conclude the Champions League and Europa League?

It’s brilliant. There’ve been so many problems for everybody, football included. One of the knock-on effects is having the Champions League, rather than being in dribs and drabs throughout the season, being concentrated with the Europa League into a two-week hit.

It’s different to what we’ve seen before The fact that it’s all knockout football, I think we will get a lot of teams going for it.

BT have been amazing in providing a platform for so much European football in recent years, so how have you enjoyed working with them?

This is an amazing time for football. When I did the Italian football it was such an unexpected thing because no-one was showing foreign football at all, but now you can watch any league you want pretty much and a lot of it through BT.

If you were to take a football viewer from 8-10 years ago and show them what we’ve got now their heads would fall off. If you go back to 1990, did you ever imagine football could become this thing that everyone was interested in whatever league? 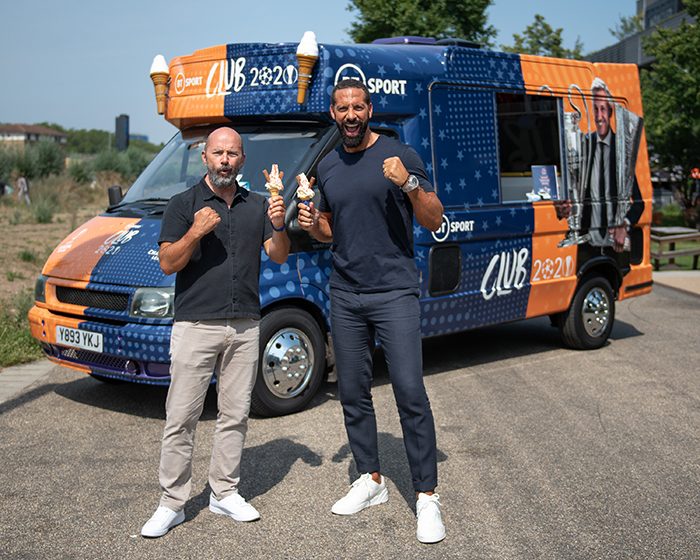 Finally, I believe you are a fan of this website?

I love Planet Football! It is great to have a website that looks back on a period in football that is so different to what we have now, so it was a pleasure to have this chat with you.

By Kevin Palmer and Matt Johnson