Jamie Lawrence: From prison to the PL to Loftus-Cheek’s personal trainer 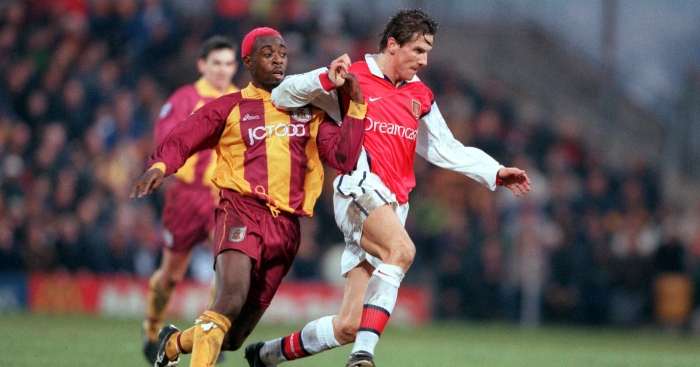 At the age of 21, shortly after being released from his first prison sentence, Jamie Lawrence was convicted of robbery and violence. His dreams of becoming a footballer were all but over. His situation seemed hopeless, and he couldn’t see how to turn it around.

“When I got my second sentence, I thought that crime was all I could do,” Lawrence says. “But I had a prison officer who believed I could turn professional. He was pushing the governor, who started letting me out every weekend to play for a semi-professional side.

“From there I just grew and grew because someone believed in me and I never wanted to let them down.

“It saved my life because I was going down the wrong route. I was getting into a lot of stuff on the road. If it wasn’t for football, I probably wouldn’t be here now. I’d be in prison doing life or I’d be dead. One of the two.”

Everything had started going wrong for Lawrence after his parents moved back to Jamaica when he was 17. He decided to stay in London to pursue a football career but soon found himself drawn into crime and gang culture to make ends meet.

The realisation that he could still fulfil his ambition came at HMP Camp Hill, on the Isle of Wight.

The star of the prison team, Lawrence impressed in a match against local side Cowes Sports, who signed him as soon as they were able to. After being enthused by his potential, their manager encouraged bigger clubs to take a chance on him and interest mounted as his release date approached.

The boxing promoter Ambrose Mendy had got to know Lawrence while they were in prison together and helped to arrange trials for him. Although his spells at Southend United, Millwall and Wimbledon didn’t come to anything, Sunderland stepped in to sign the midfielder, who combined great stamina with raw ability.

“It turned out to be a blessing in disguise. Because of all the things I’d been getting up to in London, being 300 miles away was the best thing that could have happened to me at the time,” Lawrence says.

“I can’t speak highly enough of Terry Butcher. I went up there on trial. Everyone knew that I’d come out of prison and some people wouldn’t give you a chance.

“I played against Leeds in a reserve team game and the next day he called me into his office and said, ‘You excite me. I’m going to sign you.’ I can’t think him enough really.” 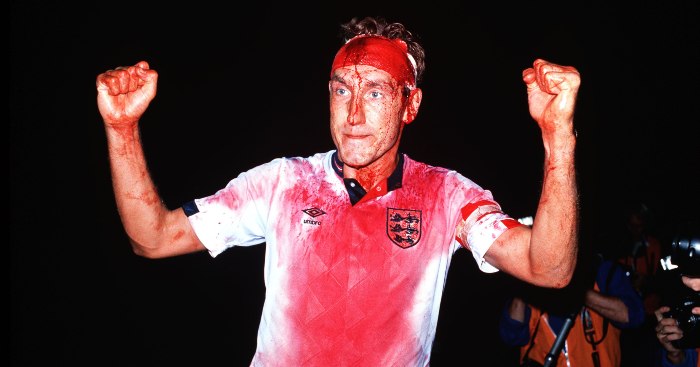 Lawrence was grateful for the opportunity and set about seizing it. He made his debut as a substitute against Middlesbrough and started the next match three days later, helping Sunderland to a 2-0 win over Luton Town.

After a sustained run of matches at his new club, Leicester City came calling.

“I still pinch myself now. I was at Doncaster for 10 months,” Lawerence says. “I had another great manager there (Sammy Chung), who made me believe in myself.

“I was in London when I got a phone call from my agent, who said, ‘Leicester want to sign you.’ I thought he was winding me up!

“It was 17 months from coming out of prison to signing in the Premier League. It’s the stuff dreams are made of. That’s what I instil in the boys I train now. Anything’s possible if you work hard enough.”

Although Leicester couldn’t avoid relegation under Mark McGhee, they were leading Division One when he left to take over at Wolverhampton Wanderers. Martin O’Neill came in and survived a poor start to guide them up through the play-offs. 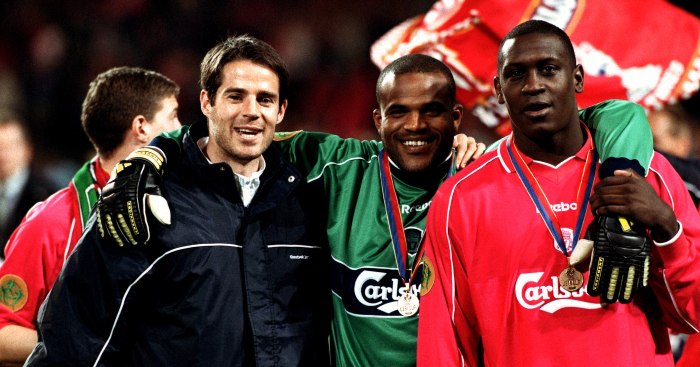 READ: Pegguy Arphexad: Martin O’Neill was ‘ballistic’; I could’ve been Liverpool No.1

“He was the best manager I’ve ever had, closely followed by Paul Jewell. It never started well for him. The fans wanted him out after a few games, and then we went on an unbelievable run and got promoted.

“The next season was one of my best in football. We stayed up comfortably and won the League Cup.

“The manager was different class in putting the team together. He knew how to get the best out of every single player and he just had this aura. It was all about winning, whether you were playing Man United or whoever, and he instilled that in every player.

“The changing room was together, with everyone pulling in the same direction. He was the same across the board, with everyone. If you weren’t pulling your weight, he’d tell you. The best managers I played for were honest, and he was very honest.”

Lawrence loved being part of a successful Leicester team but wanted game-time that O’Neill couldn’t guarantee. He was keen to test himself and see how good he could be, which would only come through regular action at a club where he was trusted to be a mainstay.

That was exactly what Bradford City offered.

“Chris Kamara and Geoff Richmond sold it to me,” Lawrence says. “They were saying that they wanted to be in the Premier League, and I love a challenge.

“I wanted to get them into the Premier League and be starting games there. That’s why I took the jump.”

After Kamara left in January 1998, his assistant Paul Jewell took over. The next season he led the Bantams to automatic promotion.

Lawrence felt at home in that squad, which had a good blend of skills and personalities.

“We had a great team at Bradford, and it was my favourite club out of all my clubs. We could do everything. We could outplay teams. If they wanted to be physical, we could fight them. We had everything covered.

“It all started from the captain Stuart McCall. He was a great captain, probably the best I played with.”

Jewell knew how to motivate the different characters in his squad. While some needed a quiet word of encouragement, others sought a point to prove.

The novice manager, who had not long finished playing, would fire Lawrence up by claiming that an opponent had got the better of him in his last match. Such simple psychological tricks could make a big difference.

Lawrence was the engine of the team. A player with supreme fitness, physicality and desire, he embodied Bradford’s spirit. They won three of their last four games to retain their Premier League status in 2000, including an unforgettable result against Liverpool on the final day.

FLASHBACK: #OnThisDay in 2000 David Wetherall’s header earns Bradford a 1-0 win over Liverpool, and saves them from relegation…pic.twitter.com/yclxbvpF8D

It was an especially emotional afternoon for Lawrence.

“Leading up to the game, I’d been out injured for six weeks,” Lawrence says. “I broke my jaw just before the Newcastle game.

“On the Wednesday I had a call from Jamaica letting me know that my dad was dying. I went in to see the gaffer and said, ‘I don’t think I can play this game. My dad’s dying.’

“The gaffer’s words to me were, ‘Listen, go and do it for your dad.’ I’d only trained for a few days, but I went out and played like a man possessed. It was one of the best performances I ever had in a Bradford shirt.

“Wethers (David Wetherall) scored a great header. I can still picture it now. To be fair, we should have won by more in the end. We battered them. And people forget that Liverpool had to beat us to go into the Champions League. They needed it.

“After we beat them, I came into the changing room and the gaffer came up to me and whispered, ‘That’s for your dad.’ I was going through all the emotions.”

That win represented the high point of Bradford’s trajectory. Jewell left for Sheffield Wednesday in the summer and Valley Parade wasn’t the same anymore.

High-profile signings like Dan Petrescu and Benito Carbone added technical quality but failed to mesh with the rest of a workmanlike squad.

“No disrespect to the players who came in, but our team was built on spirit and togetherness. Everyone was working hard. I actually think Benito Carbone was too good for us. We needed to add younger legs to our team, which I know Paul Jewell would have done.”

Despite a memorable run to the League Cup final in 2013, the subsequent years have been tough for Bradford, with a financial crisis sending them back down the divisions.

The club means a lot to Lawrence, and even in retirement he feels deeply invested in their fortunes.

“I’m gutted that it’s come to that, but I still go back all the time. I still go and watch games when I can. When they go on pre-season tour, I always go as well. I’ve been to Germany. I’ve been to Ireland. I’ve been all over the place with them. I go drinking with the supporters.

“That’s my club. The club will always be in my heart and I just hope that one day it’s back where it deserves.”

For many former players, adjusting to life after football is a challenge. The familiar routine of training and matches is suddenly stripped away, and there’s a huge void left to fill. Lawrence was in danger of slipping back into bad habits before he discovered a new purpose.

“I found it hard at the beginning. I nearly got back into what I used to do, but I’ve got a lot of good friends around me who told me, ‘Listen, you’ve come too far to go back down that route.’

“After that, I went and got educated again. I’ve been doing personal training and I started working in a school for disadvantaged kids, helping to change their lives around. Obviously, they identify with me because I’ve been down the same route as them.”

Lawrence has his own academy to support youngsters, and also works with professional players as a private fitness coach. Even at the age of 50, he remains in peak condition and his services have been sought after by Ruben Loftus-Cheek amongst others.

The importance of a great work ethic was one of many lessons he took on board in a life transformed by football.

“I learned a lot about discipline – manners and respect. Being a team player, which is massive for me. I love being in a team environment.

This article was originally published in November 2020.