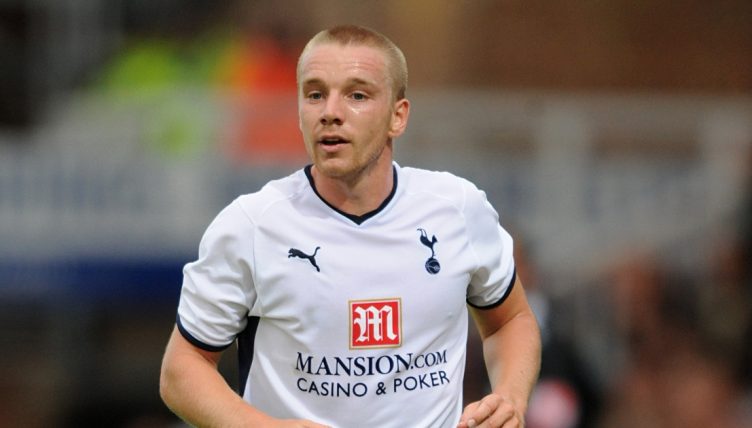 It takes a brave player to cross the North London divide but it started to become a bit of a regular occurrence in the early 2000s.

Sol Campbell famously joined the Gunners in 2001 and Tottenham looked to get revenge, signing two of Arsenal’s young academy products.

Spurs brought in Rohan Ricketts and then Jamie O’Hara, who never made a first-team appearance for Arsenal but spent five years at their academy and was tipped for a bright future at the club.

Despite being offered a four-year professional deal to stay at Highbury and go full time, O’Hara couldn’t see a clear route into the senior side and made the bold decision to leave.

“Liam Brady said that we see you playing for the Arsenal first team, but we don’t see you really playing until you’re sort of 20 or 21,” said O’Hara, speaking to Planet Football on behalf of Grosvenorsport.com.

“At the time I was 17 and I thought I was ready to go in and really crack on, so I wasn’t happy with that stance of having to wait another four years to get in the side.

“I had a few options. I could have gone to Manchester United, Manchester City or a team abroad who wanted to sign me, but Tottenham were the team I wanted to sign for. They offered me a really good contract and a better pathway into the first team.”

O’Hara then worked his way through the youth ranks at Tottenham before getting his first taste on senior football on loan at Chesterfield and Millwall.

After Juande Ramos replaced Martin Jol in Spurs dugout in October 2007, the midfielder was recalled from his loan spell at Millwall and soon made his full Tottenham debut in a League Cup win over Arsenal.

“It was a crazy moment really because I saw all the old faces like Dave Court, Dermot Drummy and Liam Brady,” O’Hara says. “Speaking to them, I think that hurt them a little bit actually because I did have a really good upbringing through the academy and then they saw me playing against them.

“But playing for Tottenham was a dream come true for me. I’m a passionate Spurs fan who grew up wanting to walk out at White Hart Lane and I managed to do that.

“No one can ever take that away from me. I got to play for my boyhood club in front of all the fans.”

Jamie O'Hara ( @Mrjamieohara1 ) made his Tottenham debut in a North London derby vs Arsenal in 2007 pic.twitter.com/wx0KKxi6TE

O’Hara finished the 2007-08 season with two goals in 25 appearances in all competitions and was presented with the Tottenham Hotspur Supporters Trust Breakthrough Award.

But Spurs then signed a young Croatian midfielder called Luka Modric, who recovered from a difficult start and began to flourish following Harry Redknapp’s arrival in October 2008.

“He was just an incredible player, and he went from strength to strength. It was an honour to play with him, to be honest.”

Having fallen out of favour under Redknapp, O’Hara decided to join Portsmouth on loan in 2009 in search of regular first-team football. But he arrived at a club that were plagued by financial troubles and had to sell their best players.

“It was tough,” O’Hara says. “Players not getting paid and players just saying we aren’t going to play if you’re not paying us. We never really knew who was going to turn up and it was a bit of a nightmare.

“Portsmouth actually weren’t even paying Spurs, so I was basically getting paid by Tottenham to go and play for Portsmouth. It was a crazy situation.”

Despite Portsmouth’s struggles off the pitch, O’Hara was still able to enjoy his football and was voted as the club’s player of the year by nine different supporters’ groups.

“I loved it at Portsmouth,” O’Hara says. “The fans were brilliant, I was playing well, and it was just a close-knit club, family club. I was going down there, playing against top sides and it was a really good experience.

“I’ve got so many fond memories of being down at Portsmouth and I still speak to a lot of the people there now, so it was definitely the one I enjoyed the most.”

This one was a bit special @Pompey will be back down there one day for sure 🙌🏻👌🏻 pic.twitter.com/7TjR0avand

While Portsmouth received a points deduction and ultimately finished bottom of the Premier League, they did still enjoy a brilliant FA Cup run in 2009-10.

But O’Hara managed to ruffle a few feathers by admitting that he wanted Tottenham to lose to Fulham in their FA Cup quarter-final replay after Portsmouth had been drawn to face the winners.

“I fucked up basically,” O’Hara says. ”I got a phone call from a journalist two minutes after the FA Cup draw had been made and I was obviously gutted.

“My comments went down like a lead balloon with Spurs, and I learnt the hard way that sometimes you’ve just got to keep your mouth shut and not say what you think because it can get you into trouble.”

O’Hara watched on from the TV Studio as Portsmouth beat Tottenham 2-0 thanks to extra-time goals from Frederic Piquionne and Kevin-Prince Boateng. The midfielder then returned to the side for the FA Cup final against Chelsea, who had just won the Premier League title.

But Portsmouth’s day out ended with heartbreak as Petr Cech saved a Boateng penalty and Didier Drogba scored the winner moments later. Despite the disappointing end result, O’Hara still cherishes his memories of that 2010 final.

“It was an unreal experience,” O’Hara said. “No one was expecting us to get anything from it as Chelsea’s team was an absolute joke and for us to even get to that final was an incredible achievement.

“I loved walking out at Wembley and seeing it absolutely packed out to the rafters. Being part of that whole experience and to say that I was able to play in an FA Cup final; there’s nothing better in the world.”

If the defeat wasn’t bad enough. O’Hara played though the pain barrier due to a double stress fracture in his lower back. He had two titanium screws built into his spine and spent the next few months on the treatment table, unable to build on his impressive performances at Portsmouth.

“That basically just ruined my career,” O’Hara says. “I managed to get back to a level of fitness, but I wasn’t the same player. I wasn’t that driving force from midfield. When I was first in at Tottenham I could get everywhere but I just didn’t have the stamina anymore. I’d get backaches.”

After recovering from the surgery, he spent the second half of 2010-11 on loan at Wolves before making it permanent at the end of the season. But the move soon turned sour, and Wolves found themselves in League One after back-to-back relegations.

His contract was cancelled by mutual consent in August 2014 and O’Hara soon realised that his career at the very top level was over before he’d even turned 28.

“It was tough at the start because I knew I had the talent,” O’Hara says. “I knew I was good enough to play in the Premier League, but I just didn’t have the body for it. I didn’t have the stamina to stay at that level, so I just had to accept that I was going to fall away.

“There was a lot of times where I was struggling. I was depressed and I didn’t want to get out of bed. But mental health was obviously not really a thing when I was playing so there was no one really I could talk to.”

But he did speak to a councillor and received support from his fiancée and his family. The midfielder was also handed a lifeline by Harry Redknapp, who worked with him at Tottenham and was managing QPR at the time.

“Harry gave me a massive opportunity to get back playing football,” O’Hara says. “I was cast aside at the time. No one wanted me and he just invited me down to train.

“He treated me like I was one of their first-team players and that was absolutely massive for me. It really got me back on my feet, so I always say Harry Redknapp almost saved my life in a way.

“He didn’t really know how bad it was for myself but letting me come in and train with them and getting back playing on a football pitch was something I really needed.”

The midfielder didn’t sign a contract with QPR but later had spells at Blackpool, Fulham and Gillingham before dropping down to non-League with Billericay Town.

“It was a chance for me to still get out on the football pitch and play even though I wasn’t fit,” O’Hara says. “Being on the pitch was my happy place and it didn’t matter who I was playing for.”

O’Hara briefly worked as player-manager at Billericay before leaving the role in December 2020. While has no plans to dust off the old football boots, the pundit is hoping to return to management at some point in the future.

“It was tough at Billericay,” he says. “I went in there as an assistant manager and then the owner left, and I became the manager. All the players left, and it was an absolute shambles, just putting out fires every day.

“But I loved coaching. It’s something I’ll definitely do in the future. I’ve got my badges. Loved being on a football pitch, loved talking football, loved trying to get my experiences across and how I want to play football and how it should be played.

“But you know I love media and everything I’m doing at the moment so I’m just riding the wave of that, and I’ll see where it takes me.”

Jamie O’Hara was speaking to Planet Football on behalf of Grosvenorsport.com