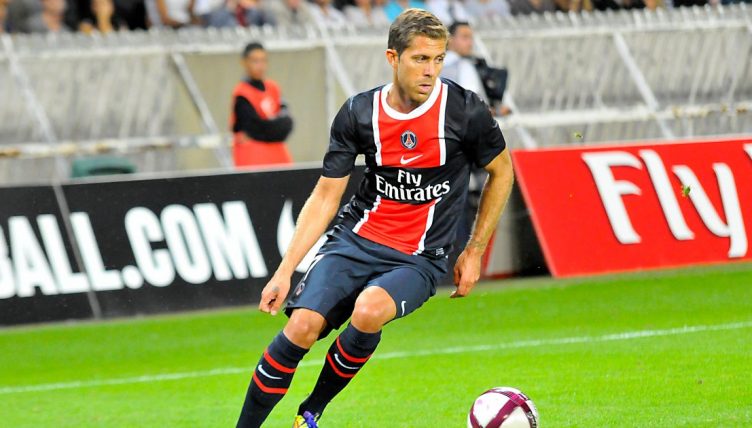 Jeremy Menez is one of a long list of French prodigies who floundered after once threatening to take over the world, but at least he gave us some wonderful moments along the way.

Breaking through at Sochaux and Monaco, Menez looked like he might be different, actually delivering on the early promise and enjoying a long-lasting career.

Now, at 34 years of age, he finds himself in Serie B via spells in Turkey, Mexico and France’s second tier. However, to interpret this as an outright failure would be to ignore some wonderful high points.

Menez’s time at Roma, his first foray outside his home league, was often an absolute joy. His close control and dribbling presented us with the image of a man who was, to all intents and purposes, untouchable by his peers.

It was like watching a cartoon mouse dip into nooks and crannies which larger animals can’t reach, or a video game character glitch its way through non-existent gaps.

We saw it with this nutmeg on Sampdoria’s Andrea Poli, in which he seems to have such a command on his opponent that he telekinetically wrenches the midfielder’s legs open just about wide enough to squeeze the ball through, and still use Poli’s right limb like a golfer getting a nick off the flag to control the pace of their pitch.

A shift from Roma to Milan brought more of the same, with enough skills and jinks per game to sustain lesser players for months.

This was a player who would openly showboat out of apparent boredom, doing keepy-uppies in the middle of a counter-attack or looping the ball over an oncoming defender even in the knowledge that it would allow others a chance to recover.

Naturally, then, his most memorable goal wasn’t going to be straightforward.

The effort against Parma begins with the chasing of a lost cause, the activity of a man who is so sure of his own ability that even those occasions where he fails can be classed as the other 21 men on the pitch failing to comply.

But the finish belongs on the other end of the spectrum; the satisfaction that, however hard everyone else tries, they’re no match for his certainty.

Any decision to stop and look would be to question this certainty, to exist as an affront to himself, forcing his ego to burst into flames. He can’t be doing that, and so we get this…

Note that I’ve only described the strike against Parma as Menez’s best because it was allowed to stand. If we extend the criteria then there’s another option.

While there are perfectly good reasons for the offside rule to exist, I still believe an argument remains that, if a goal is good enough, it should be able to overrule those reasons.

Your take on this goal can be seen as a distillation of your take on football. If you see the game purely as a means to an end, with goals and results ruling over all, you can probably take or leave this goal for Milan against his former club.

But, if you instead enjoy the game for its art, and for its ability to give you beautiful moments which you didn’t see coming but you’ll never tire of watching over and over regardless of losing that element of surprise? Let’s just say you can have half an hour alone with the goal. Take as much of that time as you need – no one will judge you.

“I could have done much more, but I have not worked hard enough. I thought talent was enough,” Menez told MilanLive when looking back on his time at the Rossoneri.

Some will look back on that spell as a missed opportunity, and wonder if a different set of circumstances might have allowed the Frenchman to get on the right track and thrive at the San Siro.

Another way of looking at it, though, is to contemplate what we might have lost if we’d gained a more sensible Menez. It might have brought a different career, but we’d trade it all for those moments of magic.