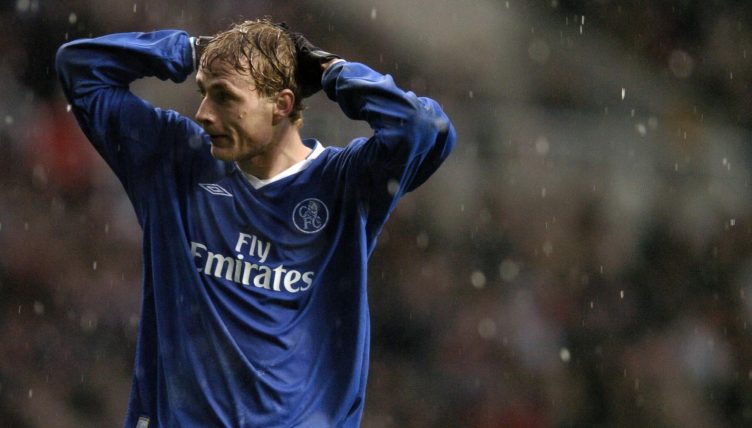 Jiri Jarosik may only have spent half a season at Chelsea before being loaned out then eventually sold, but the Czech Republic midfielder still has plenty of tales to tell about his time at Stamford Bridge.

In his first year as Chelsea manager, Jose Mourinho splashed more than £90million on the likes of Didier Drogba, Ricardo Carvalho, Petr Cech and other marquee signings who would help define the club over the next decade.

And Jiri Jarosik was also signed by Mourinho in the January of his first year in charge, though you may well have forgotten the then-26-year-old, fair-haired Czech midfielder ever played for the club. Well, he did.

Prior to his arrival in England, Jarosik had won six titles with Sparta Prague before moving to Russia to conquer another league with CSKA Moscow, becoming something of a cult hero among local fans.

And although the midfielder was still relatively unknown by most in England by the time he joined Chelsea, Mourinho had been following Jarosik ever since he scored against his Porto team in a 2002 Champions League clash.

Two years later, they met again. And this time there was even more riding on it.

“In 2004, when I was at CSKA, we played against Chelsea in the Champions League,” Jarosik says. “Before the game my agent told me that both Chelsea and Everton were interested in me, so I was really excited. It felt like a dream. 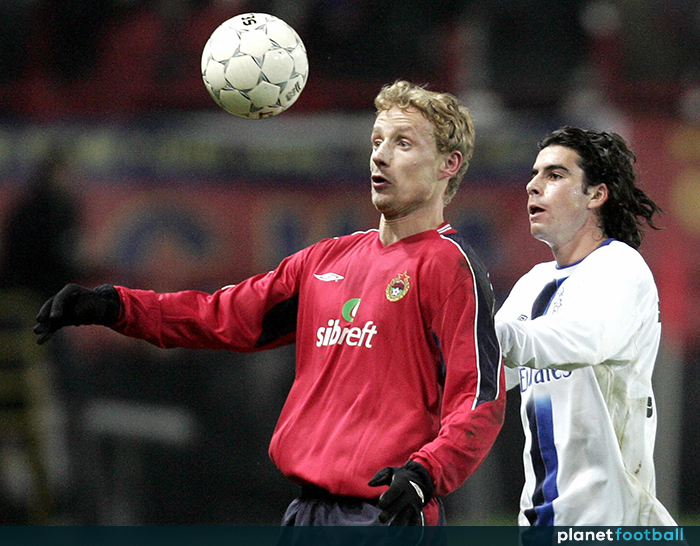 “I immediately went to Liverpool even though no one from Everton had invited me. I just bought a plane ticket and flew over there to see Goodison Park with my own eyes.

“I always wanted to play in a top league – Spain, Italy, England, you know – so it was a big deal for me and I went there to feel it.

“Of course, now I see that maybe it would have made more sense to join Everton, get my minutes and work my way up to Chelsea or another top club.

“But when Jose Mourinho wants you, it’s really hard to say no. And I knew he wanted me. So I decided to join Chelsea.

“I didn’t even negotiate my salary with them. I never knew anything about my salary before I actually sat down to sign the contract.

“Honestly, I was so happy that such a big club even wanted me that it was the only thing that mattered to me.”

Chelsea were seven points clear at the top of the Premier League when Jarosik signed so it was obvious it would take time for him to break into the first team.

He didn’t speak any English, which was another problem, but luckily for the Czech, Alexey Smertin was able to help him communicate with his new manager and team-mates. 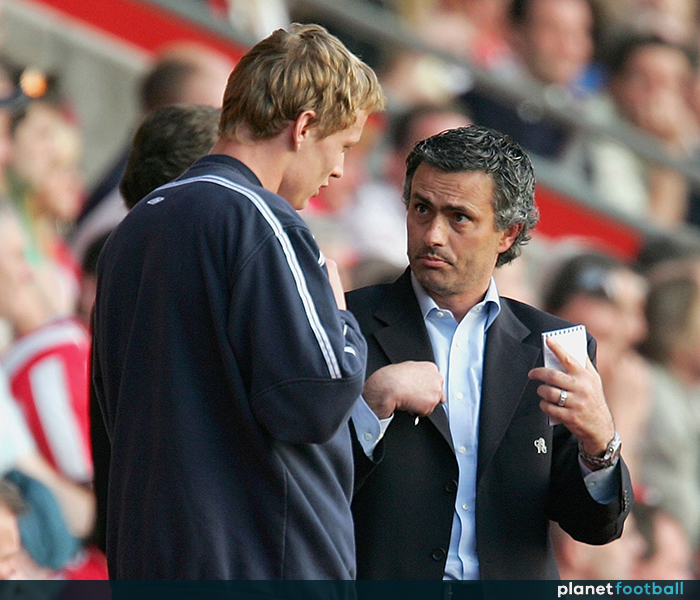 Off the pitch, though, Jarosik, faced more than a few challenges.

“At some point, my girlfriend joined me in London,” he says. “We had never lived in England before, so naturally we went through all sorts of problems in everyday life.

“For example, if you order a bed or a chair in England, you have to wait for like two or three months for them to be finally delivered to you.

“It would be so much really easier to just rent an already furnished apartment. But we didn’t know it so I had literally no furniture during my first couple of months there.

“I remember my brother came in once, and we wanted to cook a nice a dinner after our game against Barcelona in the Champions League. The only problem was that we had no table!

“So we just took some empty boxes used for delivering our bed and put plates on them. It was really fun.”

Mourinho was at his best that season, winning game after game, and putting on a show every time he faced the press, quickly establishing himself as one of the most entertaining characters in the game.

“He’s a winner. He knows nothing else,” Jarosik says. “He is always learning something new, always adapting, trying to find a new way to win.

“Plus, he’s absolutely brilliant at motivating his players. Jose loves being in the spotlight, and it might be good for players because he handles all the pressure and attention, so they can just concentrate on football.

“Sometimes, Jose might surprise you. I remember us losing two games in a row and everyone worrying that he would absolutely destroy us.

“But instead, he turned on his laptop, found a couple of funny videos featuring fat footballers or some epic football fails and showed it to us. Everybody laughed and that was that. He didn’t say anything, we just went to training.

“Another memorable moment was when we won the Premier League and Jose brought all of our doctors, masseurs, physicians and other members of staff to the pitch.

“It was a great message because it was not only the players who made the dream become a reality. It was everyone.

Jarosik made just 14 appearances for Chelsea that season, mostly as a substitute, and was widely considered a flop. But it doesn’t mean he hadn’t enjoyed the experience. 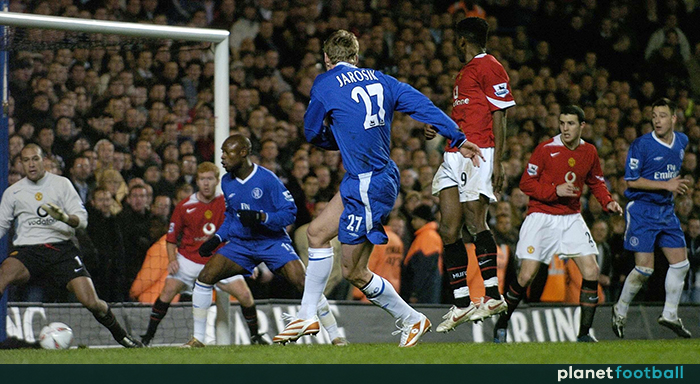 “Working with Jose was amazing,” he says. “Here’s one of my favourite stories. After winning the league, the whole team went to South Korea to do some promotional stuff for Samsung.

“Many years have passed from that day but I still remember it. It was very cool.”

While the team was in South Korea, back in London, Chelsea fans were preparing for their first victory parade in 50 years. Jarosik remembers it well.

“It was the biggest gift I’ve ever received,” he says. “Seeing so many fans on the streets cheer for us, applaud us, was simply incredible. It was an amazing experience.

“We didn’t have Damien Duff with us, though! He was really into the whole thing, really looking forward to the parade. He literally dreamt about it.

“And would you believe, when we were flying back to London from Korea, he forgot his passport in the hotel! So he arrived a day later than everyone else and missed everything. He was absolutely devastated.” 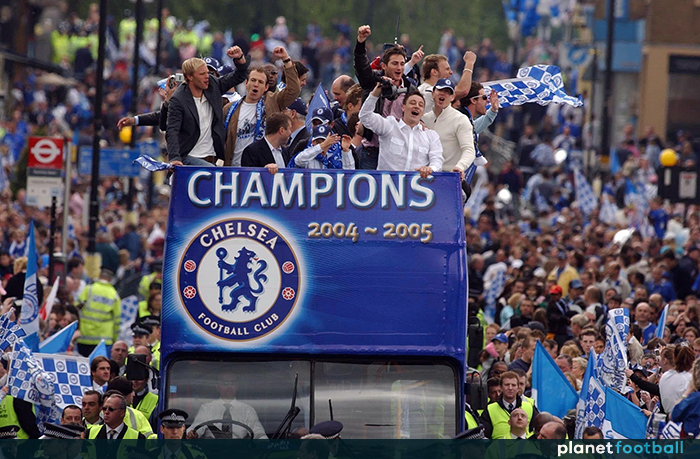 After the parade, Jarosik again got to revel in the title win when he travelled to Prague to join Petr Cech and John Terry for a promotional football tournament named ‘Petr Cech and his friends’.

“When we won the league, Petr Cech decided to bring some of the Chelsea stars to Prague so they could play football with locals and do some fun stuff,” Jarosik says.” Eventually, John Terry and I were the only players who did it.

“Even though John had just had an operation on his knee, and couldn’t really move, he still managed to play and entertain people. He’s an amazing guy who was the true leader of the team.

“When Petr initially came up with the idea of bringing John to Prague, everyone immediately started worrying. Like, Terry is a superstar, he can’t just walk the streets of Prague, right? Roman Abramovich certainly wouldn’t be too happy about it.

“So, we had lots of bodyguards with us, like 10 or 15 guys just for us, which was especially funny when John accidentally ripped his jeans while we were out in the city. He was like, ‘Let’s go buy some new jeans for me.’

“So, we went there and just when we arrived at a store, the bodyguards stopped us and got literally every single person out of the building before allowing us to come in. Can you imagine this? It was hysterical. But John did buy his jeans!” 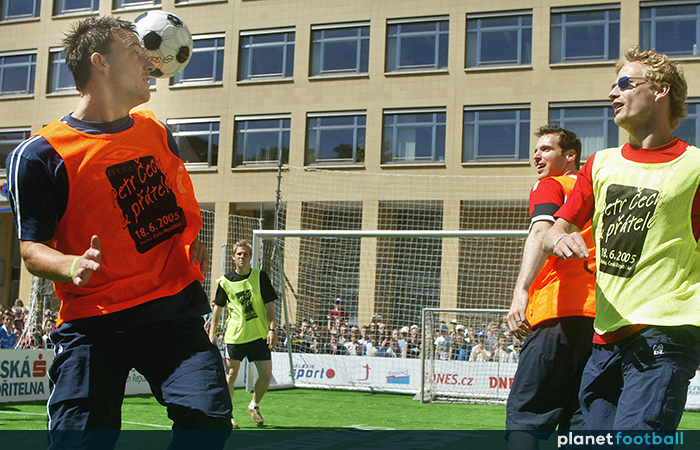 Seeing the club getting bigger and bigger, Jarosik, who had won not just the Premier League but also the League Cup during his brief spell at Stamford Bridge, realised it would be nearly impossible for him to become a starter.

So, he decided to move on, and, in the summer of 2005, went on a season-long loan to Birmingham City before leaving the Premier League in 2006 when he joined Celtic.

But there was still one more chance for Mourinho to leave an impression on Jarosik.

“When I was at Zaragoza, we played against his Real Madrid,” he says. “After the game, he found me and asked to come into the Real Madrid bus so we could have a nice talk for about 15 minutes. It was really cool.”

This interview was originally published in August 2017.

READ MORE: Where are they now? Chelsea’s first starting XI under Roman Abramovich