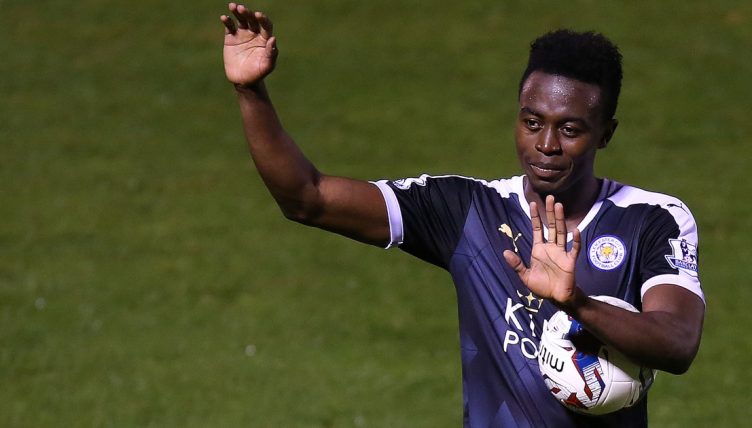 When former Leicester City prospect Joe Dodoo signed for Turkish side Ankara Keciorengucu last summer, he could not have imagined he would end the season helping Wigan Athletic survive in League One.

Dodoo has a penchant for Lancastrian crisis clubs, having played for Blackpool and Bolton before moving to the Latics in January to help them rise up the table and avoid relegation with a game to spare, despite the off-field issues at the club.

The striker helped to secure an important win against Crewe in the latter stages of the campaign as his block tackle looped into the net in fortunate circumstances. But Dodoo insists it was no fluke; instead, it is one of his favourite goals.

“It’s up there (with my best goals), and the reason for that is I press a lot, I play with high intensity as I have the job of looking after the back four by myself, especially the centre-backs and the ‘keeper.

“It’s my favourite goal of the season because I got my reward for all the countless pressing. I don’t think it’s lucky, it’s a reward for wanting them to make a mistake.”

Wigan survived relegation by a single point in the end, which is an impressive feat considering they started the campaign with barely enough players to make a team. A string of winter signings, including Dodoo, helped turn things around.

“They are some of the best lads I’ve played with in football in terms of attitude and character,” Dodoo says. “Chemistry is not something you can get overnight as a team. We were not a team of individuals, but a group of quality players who had not played together.

“If you’re a quality player, you still need time to gel and understand each other, learn what the others like to do. Towards the end we started to really enjoy it, as we started to click as a team and get some consistency.

“I think if we’d had longer together we would have achieved a lot more than we did. If we’d started the season together, I think the minimum would have been play-offs for us because the players we had were real quality.”

Battling for third-tier survival in England was not the end to the season the 25-year-old had anticipated after moving to Turkey last summer in search of a new experience and some regular playing time.

“I wanted something new, a fresh start. I’d been to places where I’d done well and felt like I wasn’t given the right opportunities to play. My stats had been good when I’d gone to clubs; I didn’t start much but I’d scored and created goals.

“I wanted to go somewhere I could enjoy my football and be appreciated. They wanted to give me the opportunity to kick on with my career and I thought the change and new environment would be good for me.”

Despite adapting to life in the Turkish capital, the football side of things was not as hoped for Dodoo, who sought a return to England after 14 appearances for Ankara Keciorengucu.

“I was away from my family and I wanted to come back. Some of the people at the club weren’t great either, so it didn’t make me want to stay and finish off the experience. I preferred to come back home.

“It was quite slow, not very physical, and if you try to be then you realise everything is a foul, there’s a lot of diving, so it’s very stop-start and there’s an average of six or seven minutes added on at the end of every game because a little touch results in a lot of playacting and rolling around. There is never a rhythm to the game.”

Dodoo is back in the north-west, where he has played the majority of his career and made a sensational impact on his Leicester City debut in 2015, scoring a hat-trick in a League Cup tie against Bury in the season that culminated with the Foxes winning the league.

“It was big for me, as you see the club going through a lot of transitions, so to go all the way to the first team and make your debut, nothing can beat that as an academy product. It was a great day for me and my family, to get a chance and score a hat-trick made it even more worthwhile.”

Dodoo played once in the title-winning season for Leicester, but he was out of the first-team picture by the end of the season.

“It was an exciting place to be, as it’s not often that happens. The energy around the place was good, nobody was thinking about winning the league, we were just thinking about taking every game as it comes and making a good account of ourselves.

“I think the main goal was to stay up, as the season before we weren’t that good. I think everyone was relaxed, as we weren’t worried about winning the league, everybody was just taking it game by game.

“Towards the end we thought it was close and it was more on our minds. But for the first 80% no one thought about it, we just kept going to places to win games and it kept happening.”

Rangers made their move for Dodoo in the summer of 2016, and the forward headed to the Scottish giants, where he scored five times and gained valuable experience, learning about the fierceness of an Old Firm derby.

“Going there, coming from Leicester, there was a big difference. The support there is immense, the city just breathes football.

“It was a bit of a surprise, it is the same pressure at Rangers as it is in the Premier League, as everyone is watching, but I found that bit easy.

“In terms of club stature, it surprised me a bit. I knew Rangers was a huge club, but when I got there I saw it myself, there was something different about being there.”

Dodoo’s next step will be decided over the summer. Who he joins is unknown, but he certainly won’t be afraid of a challenge.