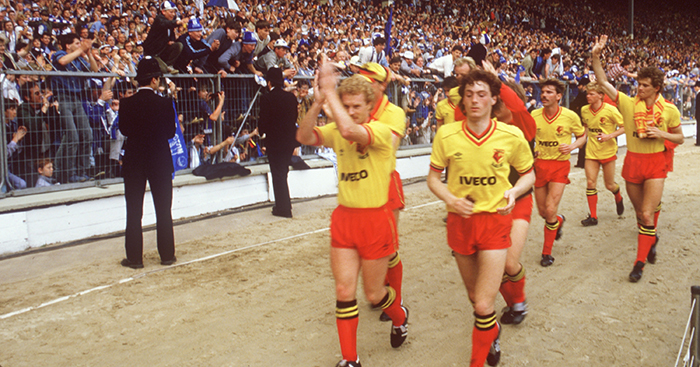 Watford will contest their second ever FA Cup final on Saturday – and John Barnes is hoping the modern crop can manage what he and his team-mates couldn’t pull off in 1984.

Back in the days when clubs with limited financial resources could emerge from the lower leagues and take on the game’s big-hitters in England’s old First Division, Graham Taylor’s Watford has bludgeoned their way to the game’s top table, finishing second behind champions Liverpool in 1982-83 and enjoying a decent run in the UEFA Cup the following season.

So as they made it through to an FA Cup final at Wembley against a powerful Everton side, the ‘underdog’ tag Watford were used to operating with had long-since been shed.

“We went into that final believing we were favourites and that we would win,” says Barnes, speaking on behalf of BT Sport.

“You look at what that Watford side had achieved over the previous couple of years and it felt like the moment had come for us to push on and win a trophy.

“We had finished second in the First Division the previous season, went on to record some good wins in Europe, had taken on all the top teams in England and been a match for them.

“Everton may have been a club with a bigger history, and they were carrying more expectations in the eyes of many, but they had not won anything in a long time and we were confident we would beat them at Wembley. We really fancied our chances, but it wasn’t to be.

“Graeme Sharpe and Andy Gray scored the goals to take the game away from us and the deflation after the final whistle was immense. I lost three of the FA Cup finals I played in so, unfortunately, it was an experience I had to get used to.”

One out of four

While Barnes has plenty of FA Cup final heartache to reflect upon, the competition did provide him with one of his greatest memories in football when he helped Liverpool overcome Everton in the 1989 final at Wembley.

“The 1989 game was significant for more than just football,” he says. “That was a final dedicated to those who lost their lives in the Hillsborough and those of us wearing red Liverpool shirts that day felt we had to win for those people.

“It was fantastic that we played Everton in an all-Merseyside final and it was an occasion when the city came together, put rivalries aside and united for a game that was a tribute to the 96 should who would have wanted to be there watching.

“Thankfully, we managed to win the game in extra time and an FA Cup win back then was so significant. 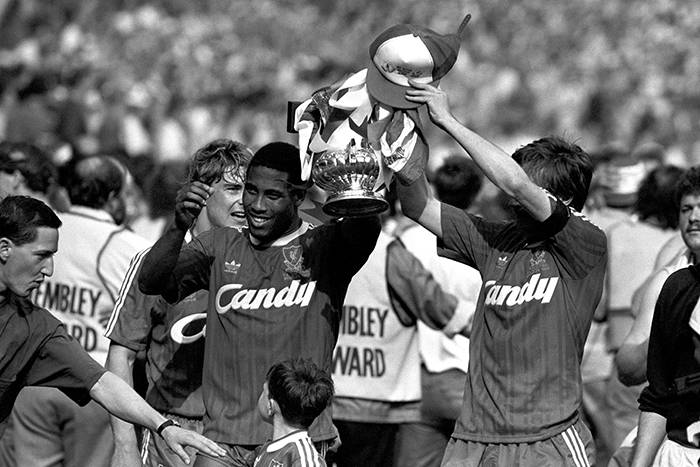 “We have seen a lot of the top clubs playing second string teams in the competition in recent years and that has diluted its importance, but it was massive in my playing career and that may be because all the teams were full of British players who bought into what the FA Cup meant.

“Maybe that message has been lost a little with so many foreign owners, managers and players coming into English football, but you look at the list of the winners in the last few years and it confirms this is still a competition the big teams want to win.”

Chance of a shock

Watford’s return to an FA Cup final 35 years after that memorable day at the old Wembley Stadium will stir some fresh emotions for Hornets fans on Saturday, but Barnes acknowledges it would take a huge effort for Javi Gracia’s class of 2019 to overcome treble-chasing Manchester City.

“Clearly, Watford are huge underdogs going into this final against Manchester City, but they have defied all logic in the last couple of years and will look to do so again,” says Barnes.

“They have the ultimate task in football right now as they try to stop Manchester City as this is a team that has proved it is best in country over the last two seasons, and logically, there is no way you can see Watford beating them at Wembley.