John Hartson believes the appointment of Steven Gerrard will “change the mindset” at Rangers – but says it will be “almost impossible” for the former Liverpool midfielder to deliver the title in his first season.

Rangers have finished third in their first two seasons back in the Premiership, but the arrival of Gerrard and nine new signings have raised hopes of a stronger title challenge this time around.

However, Hartson expects Brendan Rodgers to remain in charge of Celtic for at least another season and does not see them relinquishing their stronghold any time soon.

“I think it (the appointment of Gerrard) is exciting for Scottish football and will raise the interest massively this season,” Hartson says.

“Stevie is a class act and he will certainly make an impact in that dressing room, but he has taken on a massive job in his first challenge as a manager.

“I think he will find it almost impossible to finish ahead of Celtic this season as the gap between the two clubs has grown massively in recent years. 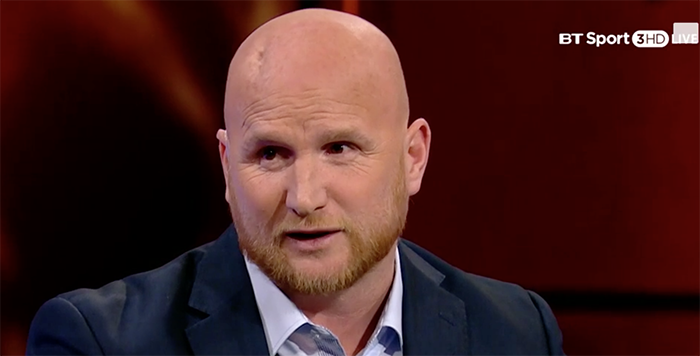 “I know how special Celtic fans are and there seems to be a real feelgood factor amongst them since Brendan came in as manager.

“He has revived the club, got the team playing some great football and it will be tough for Rangers to overcome that momentum, even if they have someone of the stature of Steven Gerrard as manager.

“Don’t forget, they finished behind Aberdeen last season, so the idea that they can leap up two places and cut down a big gap with Celtic is not realistic in my eyes.

“I look at the Rangers performance against Celtic in the Scottish Cup semi-final last season and it was embarrassing. They lost 5-0 and a lot of their senior players didn’t show up for what should have been the biggest game of the season.

“Gerrard going in there will change the mindset and lift expectations, but he cannot be expected to turn everything around quickly. Especially in his first job as a manager.”

Rodgers has been regularly linked with jobs in England ever since making the move up north, but Hartson believes it would take a top club to tempt the Northern Irishman away from Parkhead.

“I get the impression that Brendan is in no rush to leave Celtic,” the BT Sport pundit says.

“In my opinion, if a top job comes up in England, he should be one of the leading names in the frame to get it and I don’t think it is a case of Celtic offering him more money in terms of wages or transfer budgets to try and keep him. He will stay for as long as he sees fit or until the right offer comes up.

“I hope we see him staying at Celtic for another year at least, but things can change very quickly in football.

“But everything you hear from Brendan is that he is loving life up there, his family is settled and he is winning trophies every season, so you would hope that set-up will stay in place for the foreseeable future.”