John Hartson: ‘People outside the game don’t know how clever Martin O’Neill is’ 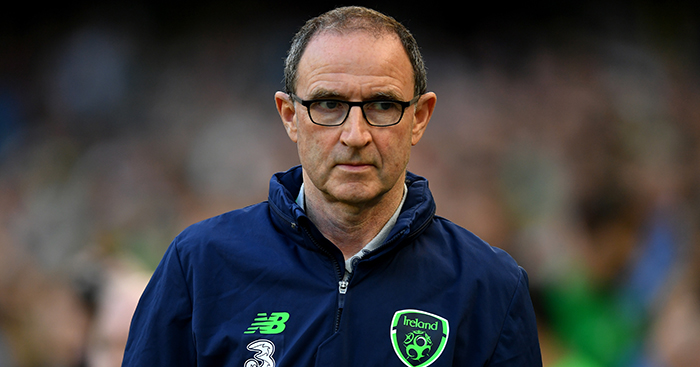 Martin O’Neill has left his role as manager of the Republic of Ireland after five years in charge – and John Hartson believes he will be missed.

O’Neill and his assistant Roy Keane have departed having failed to lead Ireland to a single competitive victory in 2018, leading to their relegation from UEFA Nations League Group B4.

He did, however, lead the nation to the last 16 of the 2016 European Championships, and Hartson, who worked under the 66-year-old at Celtic, believes the players will miss him.

“People that have worked with Martin absolutely love him,” Hartson told Planet Football, speaking before the news was confirmed. “He treats you fairly, treats you like a human being and not one of his employees, and that is all you want as a footballer.

“He puts the onus on you as a person and a player. He signs you and gives you the responsibility to keep the shirt. He simplifies things, doesn’t send you out on the pitch with a million thoughts in your head, and that’s what you want as a player.

“He used to say, ‘John just for me, just this once, if you can possibly put your foot on the ball and allow the team to come up the pitch and join you that would be most helpful’. He did it as if he was asking a favour of me and you feel compelled to try and do it for him.

“He has a great way of getting the best out of players. Players love his honesty.

“If you have a bad game, you know you’ve had a bad game and if you get dropped for it, then fair enough. Likewise, if you play well, there is no chance you will be dropped by Martin O’Neill without explanation.

“Mark Hughes had a similar approach. He asked me to do things for Wales that he knew I was good at. He didn’t want me to run the channels or dribble around people. He wanted me to stay within penalty area, win my headers and do what I do.”

O’Neill had said after Monday’s 0-0 draw against Denmark that he hoped to remain in the role despite the poor run, but criticism had been building for some time.

Ireland’s only victory in 2018 was a 2-1 friendly win over USA, and the Denmark game was the fourth in a row in which they failed to even score.

Hartson, however, believes O’Neill did a good job overall under the circumstances.

“People within the game know how good Martin is, and the criticism he has been getting in Ireland is probably a little misplaced,” he said.

“People outside of the game don’t realise how clever Martin is, how he thinks about the game of football, and the results he has got with the current group of Ireland players have been very good in many respects.

“He got them to a League Cup final, back into the top positions in the Premier League, brought in some top players and got that club buzzing. It hasn’t really been good for Villa since he left to be honest.

“I actually get on better with Martin now than I did when I was playing. I speak to him more as a friend now and I enjoy that relationship we now have. He comes to my golf day and supports it every year and he is a great man.”

John Hartson: I’d be worth £82m now, but I’m not jealous of today’s players