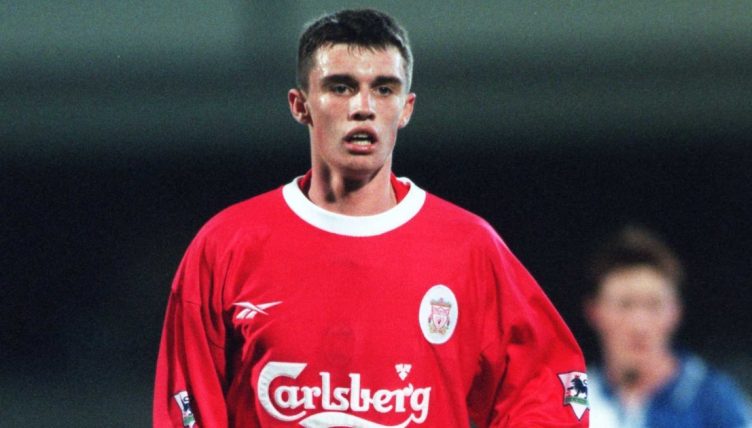 Jon Newby watched Liverpool at Anfield as a child and still does it today as an adult. In between, he achieved the dream of every fan – to grace the hallowed turf as a Liverpool player.

Newby was an FA Youth Cup winner alongside Michael Owen, Jamie Carragher and David Thompson in 1996. Steven Gerrard was in the Liverpool Academy at that time too, and just like those more illustrious names, Newby was offered professional terms by the Reds.

But he didn’t take the natural route to the first team.

He says: “It was a little bit different for me because I stayed at school whereas everyone else signed YTS forms and were at Melwood every day.

“I stayed to do my A-Levels and trained at night with the younger kids. I didn’t sign a professional contract until the day I left school when I was 18 so it was a big adjustment for me when I went to train with the first team.

“I was going from school to training with the first team within a day, whereas others had been around the place for a couple of years.”

Newby was a prolific scorer though all the age levels, but others had an edge over him. Owen was undoubtedly the finest young striker on the continent at the time.

Dealing with his own confidence issues was equalling troubling for Newby, who struggled to create the self-belief he needed to succeed in the Premier League.

“For me as a striker it was great to play alongside Michael as a lot of the attention was on him, so you got that little bit more room – and if you played in front of Steven he’d find you with a pass. 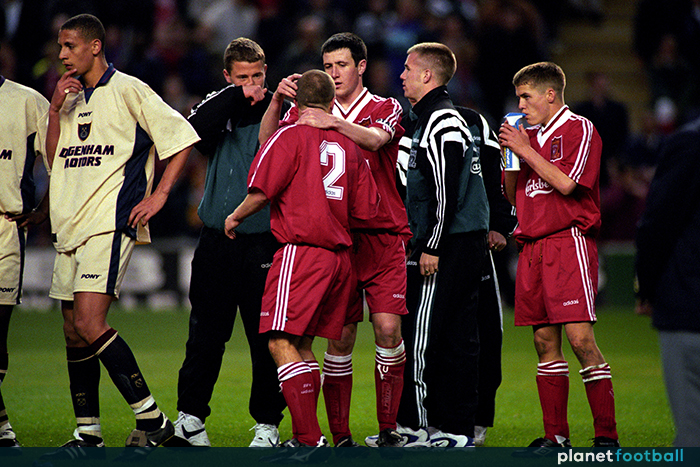 “I was a massive confidence player. When I was playing for the reserves – and in those days you played against big-name players that weren’t playing in the first-team – and when I was confident, I felt like I could do anything.

“I played well against some really good players, which eventually got me into the first-team squad. But when I wasn’t confident I could struggle a bit.

Even though he wasn’t always sure of his own talents, Newby’s goalscoring record for the reserves meant he would be afforded his chance at first-team level. A League Cup debut against Hull in 1999 went well as he created a goal.

“I set up a goal for Karl Heinz-Riedle at The Kop end. When you’ve gone on and done well, it makes you feel more like you belong there.

“I think it helps you gain respect from the other players as well. That was massive to do that and gives you the confidence to kick on and hopefully get more appearances.”

Thanks to a shortage of strikers at the time and after a couple of substitute appearances in the FA Cup, Newby was promoted to the first-team squad for the visit of Middlesbrough in January 2000.

He would come on for Vladimir Smicer to enjoy 14 minutes of Premier League football.

“As a kid I used to follow Liverpool all over the country so it was amazing,” Newby says. “Being stood on the touchline, waiting to come on in front of 45,000, knowing that’s been your team all your life, it was an unbelievable emotion.

“I remember that within 30 seconds of going on, Paul Ince snapped me in half, so that was a welcome to the Premier League.

“I can remember the warm-up to this day; Steve Staunton was really firing the passes into me and it was almost as if he was getting me ready for it in case there were any nerves.

“My dad and my brother were there. We’ve had season tickets for many years, so they were sat on The Kop – I’m still there most weeks now with my son – so it was a very proud moment for them.”

Newby was on the bench in the Premier League again the following month, but he would never appear for Liverpool again, leaving for Bury, where he would have the most successful spell of his career.

“If you’re going to play for Liverpool every week, you’ve got to be at an unbelievable level, and I probably fell just short of that level,” Newby says.

“I know people say you need a bit of luck, but I think if you’re good enough, you’ll play every week, but if you’re just short, you’ll miss out.

“We had a striker named Sean Dundee, and I was playing particularly well in the reserves and he kept getting on the first-team bench.

“I always felt with him being on his way out of the club, I could have got more chances at the end of the season, but that didn’t happen for whatever reason.

“I was ready to go at that stage; in the months before I went on loan to Bury we signed Jari Litmanen, who was one of the best strikers in the world and I think you know then the level you’ve got to get to. 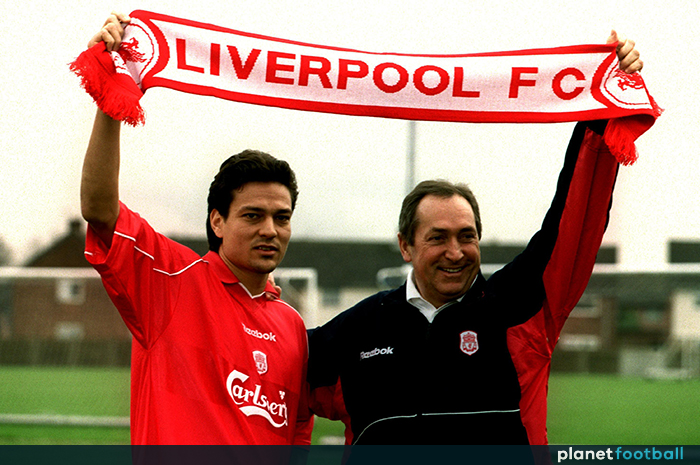 “I’d had enough of playing reserve football every week. Even though I enjoyed it and did well, and scored a lot of goals, I knew it was time to go and play ‘real’ football.

“I left Melwood with three pairs of boots and a pair of shinpads in a big bag.

“I was at Bury for two and a half years and I loved it. I think I played 117 consecutive games there and I fell in love with the place, I had a great rapport with the fans and it was the fondest years of my career.”

Newby left Bury for Huddersfield before returning to Gigg Lane and then, after another couple of years there, dropped into non-league football, playing for Burton Albion and Colwyn Bay before moving into management at the latter.

And though Newby, who now works as a coach at Liverpool’s academy, knows his place in the club’s history will be little more than a footnote, he is proud of his time there.

“My son is a massive Liverpool fan and he’s really proud that I played and he can tell his friends.

“For me, Liverpool is a unique club. Once you’ve been there, especially for as long as I was, with the history it’s got, I don’t think it ever really leaves you.”

READ NEXT: The story of Tony Warner, the Liverpool bench and the best-ever PL game

TRY A QUIZ: Can you name every player to wear number nine for Liverpool in the Prem?