Jonathan Franks: Breaking through at Boro to ending up in Iceland 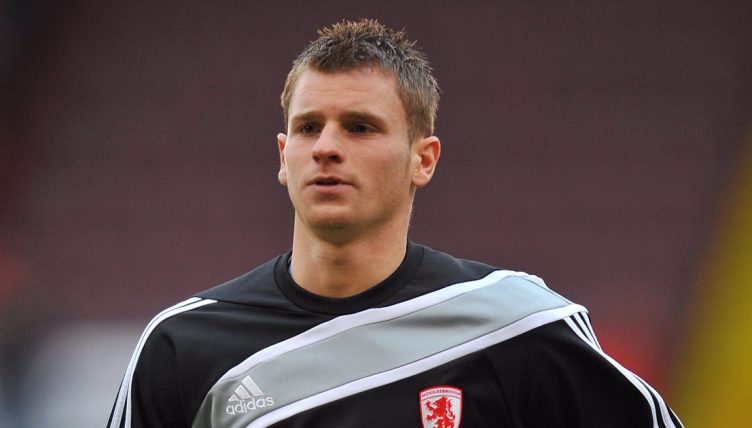 Jonathan Franks moved north to join Hartlepool when he left Middlesbrough in 2012 – but he probably didn’t expect he’d end up moving as far north as Iceland.

Franks played once for Boro in the Premier League in 2009 and remained on the books at his boyhood club for three more years in the Championship before departing in search of regular first-team football.

He found that for three years at Hartlepool and then, after spells in the Scottish Premiership and the National League, spent two seasons with top Icelandic side IBV.

“I had a call about coming over to Iceland and another English lad, David Atkinson, who was there at the time, spoke to me about moving there, too,” Franks says.

“I discussed it with my girlfriend and we decided not to go for it as it wasn’t worth it financially, but IBV came back with a better deal.

“We had always wanted to go and live abroad at some point, so we went for it.”

Vestmannaeyjar is a long way across the North Sea from Middlesbrough, who Franks signed for as a youngster after he was spotted playing for his local junior team.

A lifelong Boro supporter, his talent was such that he was playing for their reserve team at just 15 before signing a professional contract two years later.

He trained under Steve McClaren before being brought into the first-team picture under Gareth Southgate and making his debut in Boro’s final game of the 2008-2009 season at Upton Park against West Ham United.

It was, however, a day of contrasting fortunes as Southgate’s side were relegated from the Premier League. 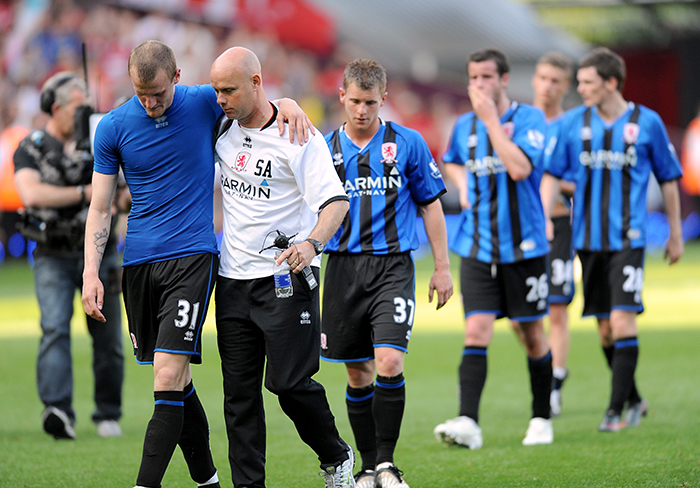 “I had been on the bench a couple of times that season and remember being told to go and warm up, but not getting on,” he says.

“I wasn’t too disappointed because it was great for me, as a young player, to gain that kind of experience.

“For the West Ham game, I wasn’t in the original matchday squad and was making my way home from a reserve-team game when I got a call telling me to get back to the training ground as I was in the 18-man squad.

“As a diehard Boro fan, it was really strange because we had been relegated but I had just played my first game in the Premier League for them.

“I will always remember, even though we had just been relegated, the other lads offering me words of encouragement as we came off the pitch and Southgate coming up to me on the coach afterwards telling me well done, but that the hard work had really started.

“I really appreciated him doing that.”

Southgate was gone by the October of the next campaign, with Gordon Strachan replacing him for what became a forgettable stint at the Riverside Stadium.

“It didn’t work out for him, but some of his sessions on the training pitch were brilliant and he was good with me.”

Franks scored his first goal in January 2010, against Doncaster Rovers, and enjoyed a run in the team until a recurring back injury meant he missed the start of the 2010-2011 season due to surgery.

“I was on the treatment table, so to speak, so I didn’t make a good first impression on him,” Franks says.

“He told me to keep working hard and I got back in the squad and was a substitute a couple of times.”

Unfortunately, after loans at Oxford United and Yeovil Town, Franks had to leave the Riverside Stadium in 2012 for regular action at Hartlepool, where he scored 22 goals across 163 appearances. 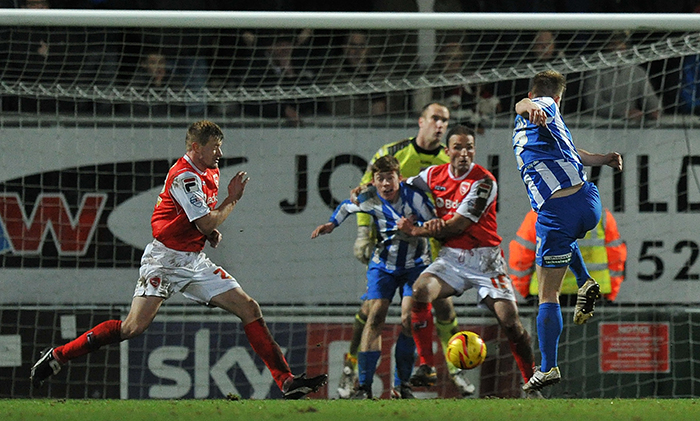 Then, in 2015, Franks continued his journey north to join Ross County, then in the Scottish Premiership.

“It was a really good experience,” Franks says.

“I was playing in front of 60,000 fans when we played Celtic and Rangers.

“We finished in the top six and won the League Cup while I was there, so I couldn’t have asked for much more.”

Another short spell at Hartlepool followed and then Wrexham before he headed to Iceland in 2018.

It was a culture shock at first, but the father-of-three and his family settled into life in Vestmannaeyjar.

“It is really quiet and relaxed,” Franks says.

“In the winter it is a three-hour boat ride and then an hour’s drive to Reykjavik, and in the summer it only takes half an hour on the boat and then the drive.

“Where we live has been brilliant for the kids as they make their own way home from school and are always outside playing football and other sports in the rain, snow and sunshine.

“I look out of my bedroom window and I can see the sea and mountains. There is a lot of beautiful scenery and we get a lot of tourists here.

“I would definitely advise more young English players to move abroad. It makes you come out of your bubble and see different cultures.”

We spoke to Franks in March 2019 as he was preparing for his second season in Iceland. In January 2020 he returned to the North East, joining Stockton Town in the Northern League Division One.

Fabrizio Ravanelli: ‘I loved everything about my season with Boro’