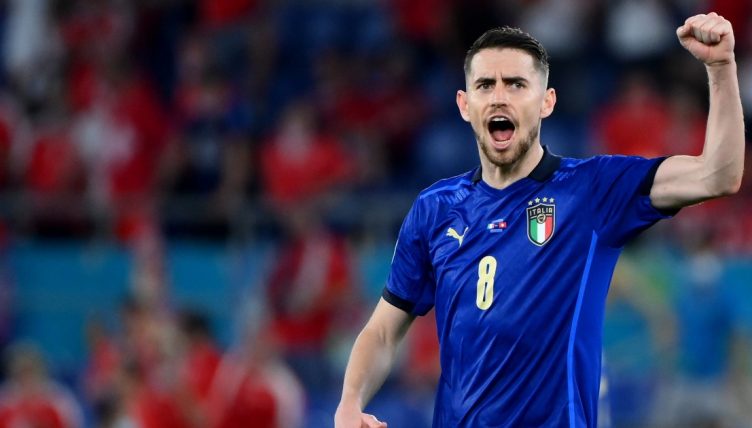 For Italy’s third group game at Euro 2020, Roberto Mancini rang the changes. He’d told the media that he had no first-choice team for this tournament, that every member of his squad was of equal importance. A dead rubber against Wales was a chance to practice what he’d preached.

In came eight fresh faces, among them two men who were commented upon as much for the accents with which they speak Italian as their football. Among the three that kept their places from the previous game there was a man who sounded much the same.

The trio – Rafael Toloi, Emerson Palmieri and Jorginho – were all born in Brazil. While that might seem odd to some – and it raises questions about national identities in football, in Italy and elsewhere – they are representatives of a long tradition. They are the oriundi, Italy’s foreign-born contingent, and they have a rich story to tell.

Oriundo is an Italian word that refers to people of Italian ancestry who were born or raised abroad, and it is particularly pertinent in the context of the country’s footballing history, with more than 40 oriundi having amassed over 350 caps for the Azzurri.

The first oriundo cap is generally believed to have been given to Ermanno Aebi. Though he was born in Milan, Aebi was raised in Switzerland by a Swiss mother an Italian father before moving back to his ancestral land to play for Internazionale and the Italian national team.

Yet the story of the Orinudi as a whole is dominated by three countries on the other side of the Atlantic: Argentina, Uruguay and Brazil. And the first man born of those countries to pull on the blue shirt was Julio Libonatti, an Italo-Argentine who moved from his hometown club Newell’s Old Boys to play for Torino in 1926. He was the first of an influx that reflected the political and social context of the age.

Italians had emigrated en masse in the late 19th and early 20th centuries, and millions had gone to the Americas North and South. In South America, football had become a means of expressing their identity and the Italian immigrants heavily influenced the game there in its early days, especially in large, industrialised cities, where the diaspora gathered.

In Brazil, two of the nations biggest clubs, Cruzeiro and Palmeiras, both started life named Palestra Italia. In Argentina, Boca Juniors’ nickname, the Xeneize, comes as a result of so many of their fans having Genovese roots.

In the 1920s, that influence started to move the other way. In Benito Mussolini’s fascist Italy, ideas of nationalism were of course central to the political discourse, but the definition of Italian-ness was extended to people born of Italian parents in far-flung lands. Those who returned were referred to as the rimpatriati and were automatically made dual citizens.

Football clubs took advantage. The signing of foreign players was outlawed by Mussolini’s government, but the rimpatriati were deemed Italian enough. For South American players, the move was attractive as football was not yet professional – or not well paid – at home. By the late 1920s, around one in 10 players in the Italian league was South America-born.

The effect on the national team was immediate, too. Il Duce saw football as a means to demonstrate the power of the Italian nation and the rimpatriati were among the best players around.

So when Italy hosted the 1934 World Cup, perhaps the first nation-state attempt at sportwashing, five of the players in the squad – Luis Monti, Raimundo Orsi, Enrique Guaita, Attilio Demaria and Anfilogino Guarisi – had previously turned out for the national teams of Argentina or Brazil.

Their inclusion was met with criticism – and the oriundi have been a source of controversy ever since – but manager Vittorio Pozzo rebutted naysayers with the line, “If they can die for Italy, they can play for Italy,” a reference to the fact that all Italian men, including the rimpatriati, had to serve in the army.

Italy won the tournament, with Orsi one of the heroes and Monti becoming the first and only player to represent two nations in World Cup finals. The Azzurri continued to field South Americans on and off for the following three decades, yet their influence gradually waned.

In 1962, there was something of an oriundi resurgence with two Argentina-born players, Humberto Maschio and the great Juventus striker Omar Sivori, and two Brazil-born stars, Angelo Sormani and 1958 World Cup winner Jose Altafini, in the squad. But Italy exited that tournament at the group stage, another failure to add to those collected in 1950 and 1954.

The reaction soon came. Sormani appeared again for Italy in 1963, but he was the last South American to pull on the Azzurri for four decades, as rules were introduced to stop all those born outside Italy from playing in the domestic league.

It was only in 2003, long after Serie A had reopened to foreign players, that Mauro Camoranesi broke that run. The Buenos Aires-born Juventus midfielder won the World Cup with Italy in 2006 and there has been a steady flow of Italo-Brazilians and Italo-Argentines turning out in blue since, including Thiago Motta, Eder, Dani Osvaldo, Franco Vasquez and Roberto Mancini’s current trio.

Their inclusion, though, raises questions about what it means to represent Italy’s national team, a discussion that has existed ever since the oriundi were first called up.

The 1920s and ’30s oriundi, when they first arrived, were portrayed by Mussolini’s regime as Italian through and through, but it was often the case that their stay in the country lasted only as long as their professional career.

All five of the South American 1934 World Cup winners returned to their home continent later in life. Indeed Orsi and Guaita, along with two other Argentine Roma players, left under a cloud, fleeing Italy for France when it became clear they would be conscripted for Mussolini’s military campaign in Ethiopia.

More recently, the debate has perhaps been even more pronounced than it was in the 1930s. Cesare Maldini, who played in that failed 1962 World Cup campaign, pejoratively dubbed the call-ups of oriundi “a return to the past” in 2011. In 2015, former Milan and Italy manager Arrigo Sacchi said that “Italian football is now without dignity or pride because it has too many foreigners playing in the youth teams”.

In 2010, fans got involved too, unfurling a banner that said “foreigners” should not be allowed to play for Italy during a game in which Argentina-born Cristian Ledesma won his one and only cap.

Why the debate is more intense now than at a time when a fascist governed Italy is an interesting question. Mussolini’s personal support for the oriundi may have something to do with it. Questioning him was inadvisable, to put it mildly.

Perhaps at that point, though, there was a feeling that these people were more Italian – whatever that may mean – than the current crop. For many of the early imports, one or both parents were born in Italy. Some of them would have spoken Italian at home.

But in the 21st Century, the links are less immediate. Emerson Palmieri is eligible through an ancestor on his mother’s side named Alfonso Palmieri, who was born in Cosenza in 1853. Toloi’s link comes through a great-grandfather who was born in 1891 in Cervignano del Friuli, then part of the Austro-Hungarian empire. It is the stuff of history books.

Rather than being the rimpatriati of the 1920s and ’30s, the oriundi are perhaps now viewed as another part of a wider migration that has taken place in Italy and elsewhere in recent years. One imagines that any Italy fan’s view on the right of Jorginho, for example, to represent the Azzurri would give you an idea of their views on immigration in general.

Any current discussion over the oriundi, then, fits into a wider one of nationality in football, one that reflects the nature of modern, globalised society. With so many people having dual or multiple national identities, and so many players moving across the world, what constitutes someone’s right to play for a national team is open to interpretation.

The question we should perhaps ask ourselves is: who are we to decide how someone else feels about their nationality? Italy’s oriundi have long proved that there is no right or wrong.