Ruining Roma? Mourinho’s madder than ever… but he might still succeed 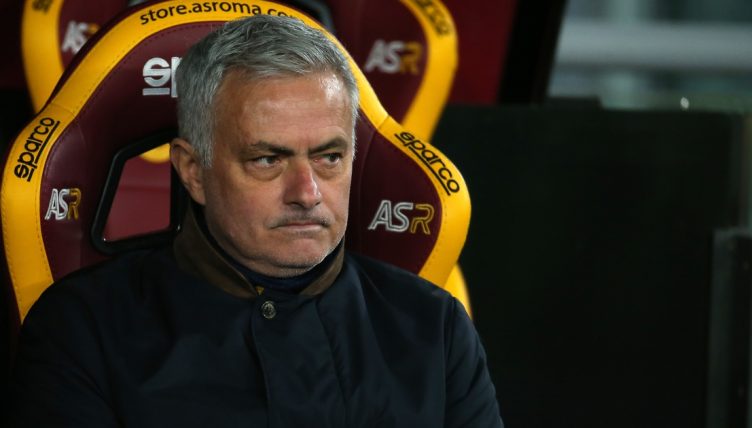 From a distance, Jose Mourinho’s return to Serie A has been a catalogue of disasters that the scriptwriters of EastEnders would dismiss as too far-fetched.

Regular watchers of Mourinho, familiar with his boom-bust style that’s defined his past decade, have been waiting for the wheels to fall off at Roma since his appointment in May 2021.

Since leaving Real Madrid in 2013, Mourinho has operated under a three-year cycle that’s almost been written in the European constitution: a season of painful improvement, a season of success, and a final year where Jose pours petrol over his creation and lights a match.

But this cycle shot into fast-forward during his time at Tottenham, like your dad accidentally sitting on the remote control, and has gone even quicker at Roma.

There are reports that Roma executives have met with Mourinho – not to hash out a plan for the January transfer window but because they’ve made their poorest start to a Serie A campaign for 43 years.

Despite an impressive 4-2 win at Empoli on Sunday, Roma remain five points off the Champions League places having played a game more than fourth-placed Atalanta.

Mourinho’s public statements have been described as dated, his tactics accused of belonging in the 2000s, and he’s done nothing to disprove the assumption that he’s yesterday’s man.

It was all supposed to be different this time.

Mourinho arrived in the Eternal City, with a mural of him riding a Vespa adorning one Roman wall, preaching sustainable progress.

His stated goal was not to instant results but to lay foundations for ongoing success. “I hope that the results of our work will be something you can see while I am here,” he told the club’s website. “But we will take on one thing at a time.”

Hiring Mourinho to lead such a project was not an obvious choice. Even his best sides – the dominant Chelsea of the mid-2000s and Inter Milan – tended to be short-term projects founded on experienced players.

Only at Porto were results in his third season better than those in his first.

But Roma allowed Mourinho to spend €100million in the summer and were rewarded with six straight victories to start their campaign.

After winning his 1000th game in management in September, marking the victory with a ‘Special Run’ down the touchline, Mourinho wore the smile of a man basking in his latest honeymoon period.

But by the time Roma suffered a humiliating 6-1 defeat at Bodo/Glimt in October, in a competition that would have once provoked derision from the Special One, clouds loomed darkly on the previously-sunny horizon.

That shellacking in Norway provoked Mourinho into saying: “I never disguised the fact we were a squad with real limitations. We have 13 players who represent one team, the others are on a different level.”

After their return to Italy was delayed by the coach driver’s need to remove a dozen bodies from under his wheels, Roma’s Serie A form began to nosedive and the real Mourinho reared his ugly head.

At half-time during their match at Bologna, he pursued the referee Luca Pairetto down the tunnel, enraged at the bookings that meant Tammy Abraham and Rick Karsdorp would be suspended for their following match against Inter.

“I’ll have to invent the line-up on Saturday,” he told the media after their 1-0 defeat. “Luckily, I replaced Gianluca Mancini. Otherwise, he may have been booked too.”

His mood didn’t improve after Inter administered a 3-0 spanking. “Your job is a lot easier than ours which is why we earn a lot more than you,” he told journalists before delivering a masterclass in sarcasm and deflection.

But nothing comes close to Juventus.

Roma surrendered 1-0 and 3-1 leads to lose 4-3 in an astonishing match that also featured a red card, a missed penalty, game-changing substitutions and crucial VAR interventions. It was like the footballing gods had convened to trigger Mourinho.

“My heart hurts because I am not used to this profile of the team,” he was quoted as saying in La Repubblica. “I am here to give the lads a way to improve. But I want the team to follow me in going above their limits, not that they should take me to their level.”

The Portuguese manager is still remembered in Italy for his treble with Inter Milan, rather than his failures at Manchester United and Tottenham, but the Italian press savaged him after those remarks.

Gazzetta dello Sport rated Mourinho’s performance on the day at a measly 5/10 and claimed that he “cannot correct Roma’s personality problems”.

Corriere dello Sport were even harsher, claiming that Mourinho “cannot find the solutions” for his side and rated his performance at 4.5/10.

Most damning of all was Roman newspaper Il Romanisti, who labelled Sunday night’s match a “nightmare” and described how the outcome of the game “hurts so much”.

Mourinho is such a polarising figure that every utterance and action is met with an eye roll and a knowing glance; it’s simply Jose being Jose and no need to look any further. 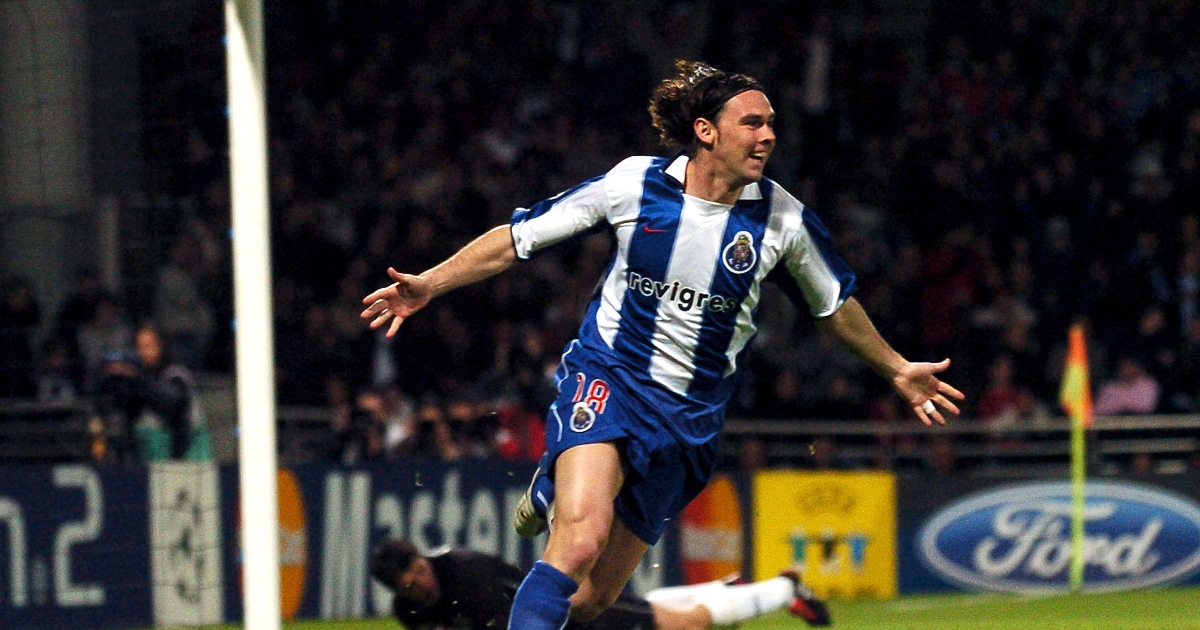 But focusing on Mourinho ignores the fact that Roma have played some fine attacking football at times this year.

Atalanta are nobody’s mugs these days but Mourinho’s Roma beat them 4-1 on their own patch before Christmas. They scored four goals in a victory at Empoli this month.

And, despite the gut-wrenching nature of the outcome, Roma troubled Juventus with some fine attacking play and were only felled by an uncharacteristic-Mourinho collapse.

In truth, Roma’s squad is nowhere near the level of Inter Milan, AC Milan, Atalanta, Juventus and Napoli in Serie A.

They finished eighth last season and while bringing in Abraham, Marash Kumbulla, Eldor Shomurodov, Matias Vina and Rui Patricio lowered the average age of the side, it definitely didn’t promise short-term results.

Abraham’s fortunes encapsulate Roma’s season. At times, the former Chelsea striker has been brilliant and a much-needed shot of unpredictability. Ten goals and three assists in Serie A isn’t a record to be sniffed at.

But Abraham remains an inconsistent player and Mourinho has publicly demanded more of the 24-year-old.

“I expect more, room to improve and not only in terms of numbers but also in terms of quality and in the area of the game where he was not so good,” he said before the victory at Empoli.

Those quotes are strong, but they are not on Mourinho’s Luke Shaw levels of lambasting a player in the open. If anything, they show that Mourinho is at least trying to keep his more negative urges in check, attempting to change.

And there is another thing working in his favour at Roma – he still retains the adoration of the Giallorossi supporters.

“Roma fans consider Mourinho the final chance – if he can’t succeed, no-one can,” said Matteo De Santis, a journalist with La Stampa in Rome. “It’s romantic to imagine he will finally bring a trophy to the club as it was him who talked about Roma’s ‘zero titles’ in 2009 when he was at Inter.

“He’s one of the most successful managers ever. Moreover, people love his attitude. He’s not scared to take on referees and journalists and to make specific requests to the club. Fans are with him unconditionally.”

Roma are still in both the Coppa Italia and UEFA Conference League this season. If Mourinho can win either, then his position as manager will be totally secure, and he will be allowed that second campaign and a chance to build further.

The 58-year-old has certainly added value to Roma off the pitch, through increased online interaction and commercial opportunities.

And, despite the temptation to focus upon Mourinho’s usual soap operas, his time in the Italian capital can still be defined by on-field success.

Four times Mourinho called his players weak & what happened next