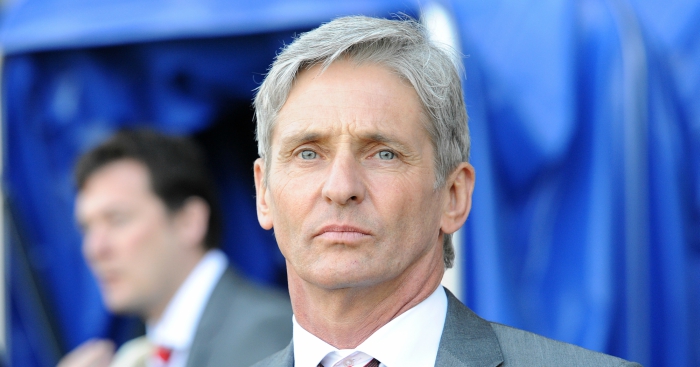 José Riga enjoyed his first spell in charge of Charlton Athletic so much that he did not hesitate to return, but the Belgian underestimated just how much the club had changed in his two years away.

Charlton were fourth from bottom of the Championship and in real danger of relegation to League One when Riga was first approached by the Addicks’ new owner Roland Duchatelet in March 2014, but the perilous situation certainly didn’t put him off.

Riga, who had been part of AC Milan’s youth team set-up since October, had worked under Duchatelet in his previous managerial job at Standard Liege, and his enthusiasm for the English game meant turning down the Charlton job was never a possibility.

“I’d never worked in England, but you see the games as a spectator and you imagine what it would be like,” Riga says. “You must be there to feel the enthusiasm and to find out how important it is to all the people.

“I got the feeling immediately that football is part of the DNA of the English people. It’s crazy. In England you have few people who are not a fan of a football club.” 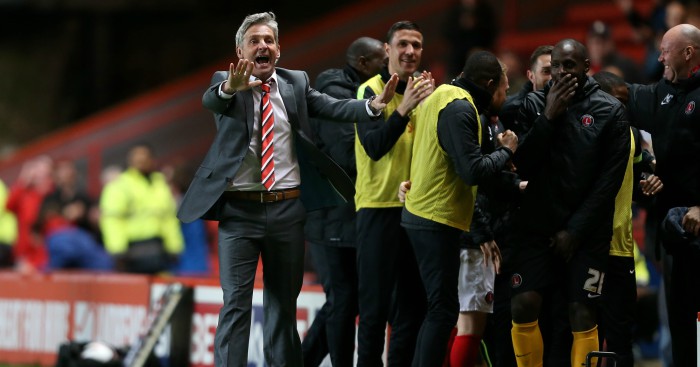 Riga’s first game in charge of Charlton came just 24 hours after his appointment, a 0-0 draw at home to Huddersfield Town, which was followed at the weekend by the same result at Millwall.

A 1-0 win against Bournemouth came next and it was five points from nine and three clean sheets in the space of a week for the new boss.

“When I started at Charlton I had an idea of how to solve their problems,” he says. “We had to play 16 games in a short period and when I sat down to watch previous games I realised the way the team played physically would make that difficult.

“I like the style of teams like Barcelona who play with pace and control, and I tried to convince the players we do this another way.

“It was a very nice experience to try and change the way to play, I don’t think the players knew they were capable of it.”

Riga’s change of philosophy certainly seemed to be working as 1-0 wins on the road at Nottingham Forest and Leeds United in the Addicks’ next two away games followed.

They went on to finish 18th, seven points and four places clear of the drop zone, helped by three wins from their last four games, including a 3-0 final-day win at Blackpool which no doubt impressed his future employers.

“I met some very good players in England, some technical players whose problem sometimes was they were playing a way that required a lot of energy and physical load,” Riga says. “Perhaps you don’t have that freshness to concentrate or make the right decision.

“At Charlton I tried to combine both. You have to be powerful, but you can avoid some of that by playing possession and leave enough freshness to concentrate until the end of the game.”

Despite the strong finish to the season, Riga was surprisingly not given a new contract at The Valley.

“I wanted to stay because I had a good relationship with players and the fans,” he says. “We did what we had to do.

“I was not very clever when I signed my deal. Usually there would be a clause that I would stay if we stayed up, but I was just thinking about the club.

“I don’t know why they let me go. I got an explanation a long time after I left when the owner told me he thought me being in a different country was difficult for my family – but it wasn’t. I’d worked abroad before so I was surprised by that.”

Riga had fallen even more in love with the English game by now and went on to join Blackpool, but the size of the job at Bloomfield Road made what he’d just achieved at Charlton look like a walk in the park, and he lasted only 15 games. 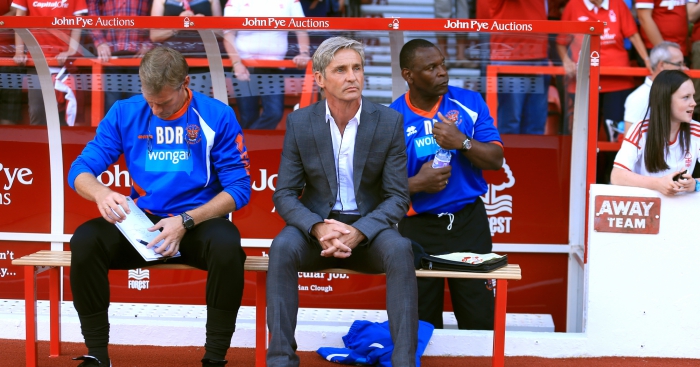 He went on to have similarly short spells back at Standard Liege and then Metz before returning to Charlton halfway through the 2015-16 season with the club already looking certain to be relegated to League One.

Return to The Valley

Riga was the third manager of the season and was taking over a team that hadn’t won in 10 league games, but it wasn’t until he got his feet back under the table at The Valley that he realised just how desperate the situation had become.

“I had other propositions, but I didn’t hesitate to say yes,” he says. “My last experience was so good there and I was thinking we could do the same again.

“Maybe it was a mistake to go back so fast because I didn’t realise how much the situation had changed at the club. The whole atmosphere was different.

“The main change was the feeling that people were just waiting for relegation and for the owner to sell the club. When you have this feeling it’s very difficult.

“But it was a pleasure to stay there even in difficult moments because Charlton meant something to me.”

For someone who has endured such tough times in the Football League, Riga’s passion and love for the English game is remarkable.

And having been out of work since leaving Belgian side Cercle Brugge in October, he would love to return.

“Of course, I had difficult experiences in both clubs,” he says. “But I’m really interested in English football and what happens in the Premier League with Manchester City, with Manchester United, with Liverpool.

“England has a good representation of different cultures and different ideas in Conte, Mourinho, Guardiola etc and I find it really interesting. 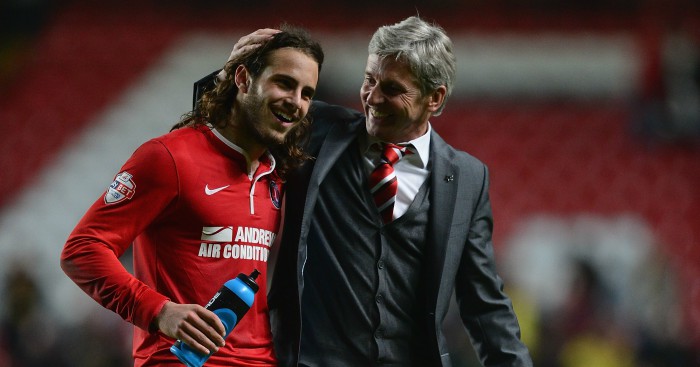 “I would come back, for sure. It’s the place I saw the most passion about football. If somebody thinks my knowledge or experience can help I’m ready. I’ve worked in Italy and France, but for me England is different.

“When I started with Charlton the interesting story was Bournemouth and what they were starting. I think I can put something similar in place and not just be at a club for six months.

“I’m available and I’m still in love with football. I watch a lot of games and I do a lot of TV work, but I’m always looking for the next opportunity.”

Hopefully, for Riga’s sake, his next opportunity in England will be in rather less challenging circumstances than his last.

Matt Holland: I wanted to stay at Charlton but didn’t get an offer

How Rashid Yussuff went from Charlton to Malta, Poland & Iceland