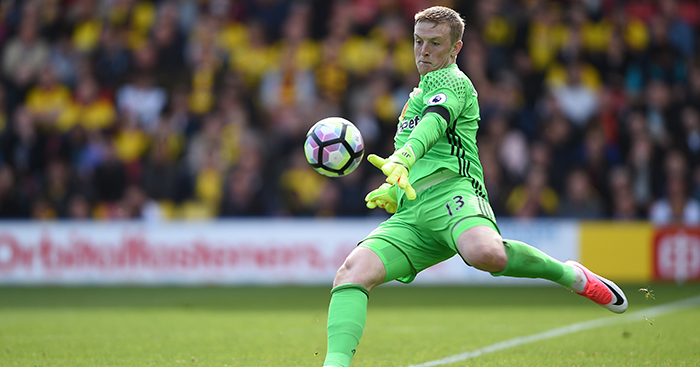 Even if they are starting to look more like sweepers with gloves with every passing week, goalkeepers are still different.

Though the scrutiny upon them has increased, they are used to being largely ignored – until a stunning save or a spectacular screw-up thrusts them into the spotlight.

But so much in between goes unnoticed, and it is time to shine a light on one of the most underappreciated arts of goalkeeping.

Everyone knows a No.1’s distribution has to be on point in the modern game. The short game has taken prominence, but Route One is not the road to nowhere some might now have you believe.

And for all the hype around playing out from the back, there are few more impressive sights than a goalkeeper driving a side-volley towards a moving target perhaps 70 yards away.

In England, the technique still often goes unnoticed, largely by those conditioned to believe that when the ball is volleyed out of a goalkeeper’s hands, it may pose a threat to birds and low-flying aircraft in the area.

But now possession is more prized than territory, the up-and-under punt has had its day. 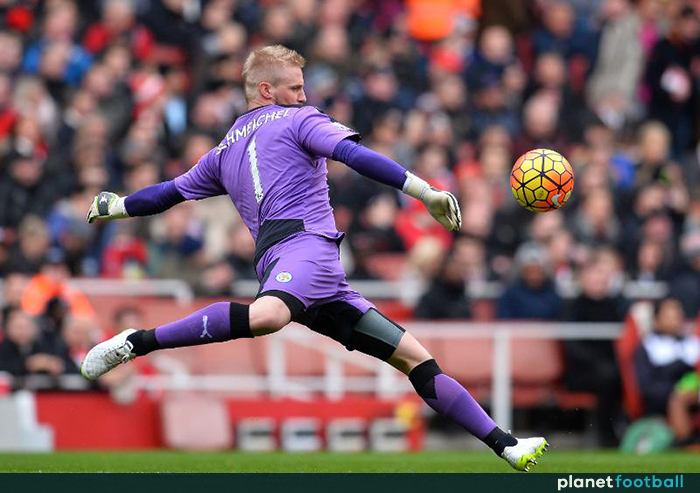 Even the drop-kick is teetering on the brink of extinction.

The half-volley offered keepers a flatter, quicker way forward through the elements than a punt, but whether played to man or space, the pace of the ball meant anything less than perfection led to a possession turn-over.

The dribble and drive, another relatively recent phenomenon, is used more sparingly now, with most teams preferring a team-mate to drop-off to receive the ball if the goalkeeper has chosen to take his sweet time.

But the side-volley, hook-volley or sidewinder as some refer to it, gives keepers the best of everything.

The technique places far greater emphasis on technique and timing, rather than raw power.

The goalkeeper initially closes their body to the target while presenting the ball to the striking foot, holding it like Hamlet cradling Yorick’s skull.

It is then tossed forward as the head goes back, while the shoulders and hips are opened up again, in time for execution of the strike, with the laces, around hip height.

Trajectory and spin can be refined as precisely as a goalkeeper desires, whether back spin is required to make the ball fade for a team-mate to gallop on to, or if pace to penetrate a line is preferred.

Accuracy is the side-volley’s greatest asset, and the more skilled exponents could perhaps land a size 5 on to an empty golf tee placed in the opposition’s half.

If John Stones or David Luiz executed a similar long volleyed pass at hip height, it would draw gasps and light up social media. A stopper does it, though, and few except the goalkeeping geeks among us even notice.

someone say crossbar 😏 will be giving these boots and some tickets away tomorrow, stay tuned #motionblur #nike @ProD_Keepers pic.twitter.com/0EtuDrBWUa

Perhaps many are ignorant to the modern keeper’s range. No longer is it about putting the ball into an area and looking for second balls if the first 50/50 is lost.

Now, some goalkeepers are among the finest long passers in the game, but there still seems to be a stigma around being ‘direct’ even if a keeper’s brief has changed beyond recognition.

The keeper’s sidewinder’s origins seem to lie in Central and South America.

To most of us, Claudio Taffarel stood out among the shot-stoppers at Italia ’90, not just because of his retro-cool kit, but because he was pinging out side-volleys at a time when Peter Shilton, Jim Leighton and Packie Bonner were still pumping balls into orbit. 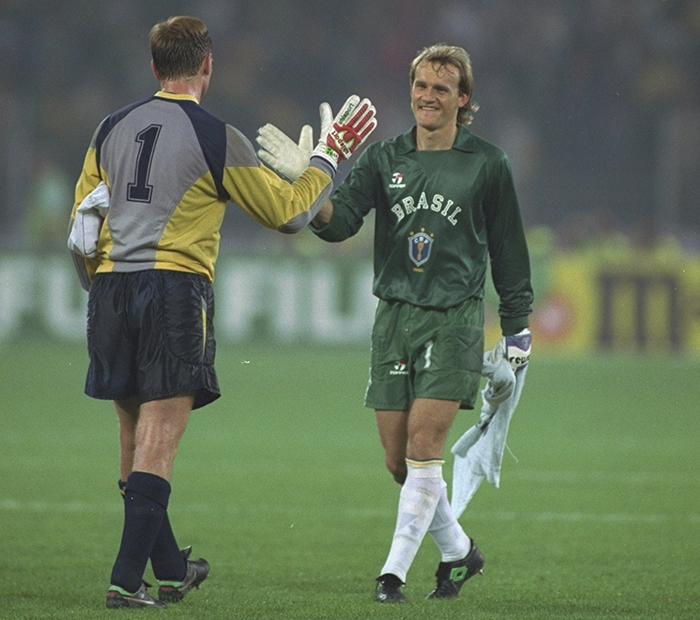 READ: The most iconic goalkeeper jerseys of all time – The good, bad and ugly

Taffarel made his way to Parma and the side-volley followed him to Europe, but it still took the Premier League a while longer to catch on.

Petr Cech’s striking angle was slightly more unorthodox than many of his peers when he first arrived in England, but Pepe Reina was among the first in the English game to truly capitalise on the greater range and variety the side-volley offers.

The Liverpool keeper’s guided missiles in the general direction of Fernando Torres caught the imagination of stoppers across the country, and now there isn’t a No.1 around, in the Premier League at least, who doesn’t have a sidewinder in his locker.

In all honesty, it is rare now that a modern top-flight keeper would go long out of their hands. If opposition ranks have returned to formation, then most stoppers are under instruction to play short.

However, if there is a counter-attacking opportunity, and they usually come on the flanks, then the side volley comes into its own.

Among the best in the country right now is Jordan Pickford, as evidenced by this assist for Nathan Redmond while on England Under-21 duty.

Pickford, though, isn’t as relient on his sidewinder as South Africa and Orlando Pirates keeper Itumeleng Khune.

Sir Alex Ferguson is among the big names to have praised Khune’s distribution, with the ex-Manchester United manager describing it as ‘uncanny’ having watched the keeper use the side-volley technique over all ranges in a pre-season friendly in 2008.

Nearly a decade later, Khune is still zinging out the sidewinders, as are so many other top-level keepers.

However, while the technique is no longer as uncommon as it was, it remains every bit as underappreciated.